HAMILTON TOWNSHIP–One person has died in a bus accident on the NJ Turnpike and several others had moderate to minor injuries. A bus traveling south on the NJ Turnpike was en route from New York City to Philadelphia, PA., NJ State Police said.

The south bound bus was in the area of mile marker 56.9 lost control and ran off the roadway by the Crosswicks Creek Bridge. It appears the guardrail and barrier had kept the bus from falling off the embankment of the bridge and into the creek below.

New Jersey State Police said that there were at least 20 passengers on board the bus at the time of crash and some passengers left the scene on their own.

There were seven injuries reported, six were minor and one moderate. The one “moderately” injured person had to be extricated and was transported to Capital Health in Hopewell. One injury was taken to Robert Wood Johnson University Hospital at Hamilton and five refused treatment.

The NJ State Police did not release the name of the deceased, pending notification of family members.

The bus was operated by Skyliner Travel and Tours Bus Corp from Astoria, NY

A Hyundai traveling behind the bus was damaged by debris of the crash but did not impact the bus. The cause of the crash remains under investigation by the NJ State Police.

HIGHSTOWN, NJ (MERCER)–The Annual Christmas Lighting of the Highstown Engine Company #1 lights and Santa Parade was held on November 29, 2019. Santa was escorted to the firehouse in a parade of fire trucks, ambulances, police cars and a float of Hightstown High School Softball players. When Santa got to the firehouse he threw the big light switch to light the firehouse Christmas lights. Santa proceeded upstairs to meet children and hear their Christmas wishes and have a photo take with Santa. The Girl Scouts also sang Christmas carols during the event. 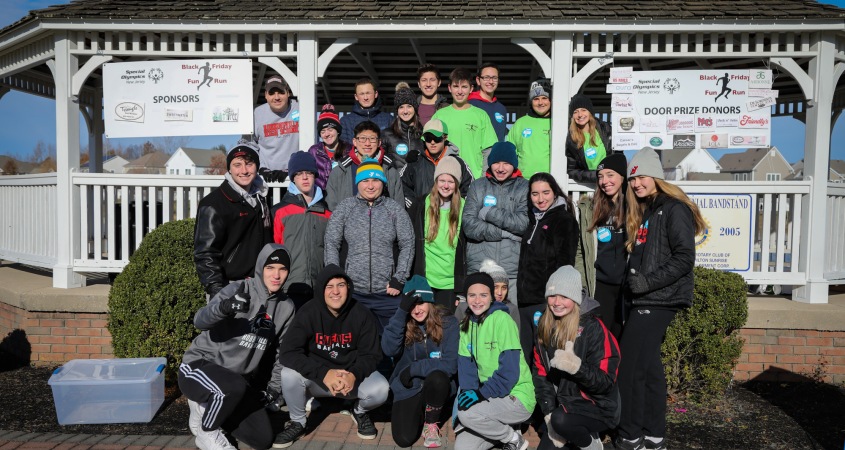 The run started at 10 a.m. with runners in the front completing 2 laps around the lake. Walkers started in the back completing 1 lap around the Town Center Lake. This was a “fun run” no official time is kept. Door prizes were held after the event

ROBBINSVILLE, NJ (MERCER)–A few days ago I received a message and a snap telling me that “the sign got hacked” there is a funny message on it, and that was not the case. The Robbinsville Police Department used some humor to try and bring education to the public about the use of drugs and driving. Hopefully this humorous message reminds people of the seriousness not to drive while using drugs or drinking. This was a great idea and brought good attention to the cause to keep us safe on the roads.