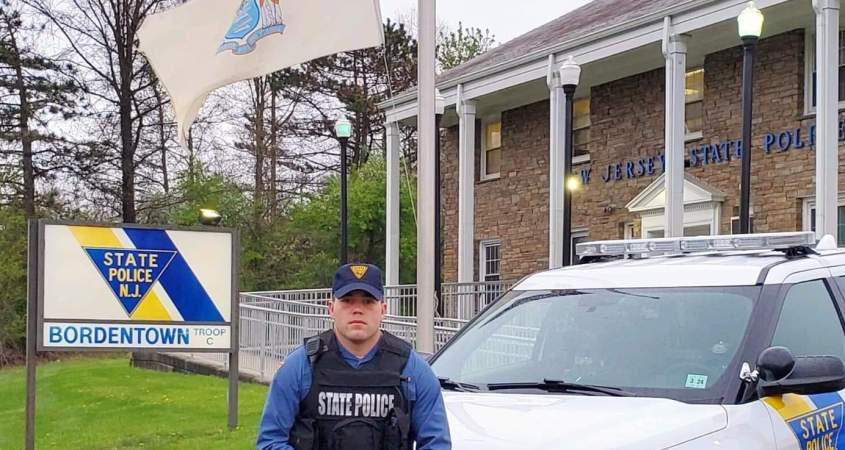 On Tuesday, April 14, at 11:48 p.m., Trooper Robert Waldrop was on patrol on I-295 when he stopped to assist a motorist in the scenic overlook parking lot in Hamilton Township, Mercer County. The motorist exited his vehicle and indicated there was a woman attempting to jump from the pedestrian overpass.

Trooper Waldrop immediately advised dispatch before responding to the overpass. When he arrived, he observed an 18-year-old woman on the opposite side of the chain-link fence standing on the edge of the bridge.

While speaking to her, Trooper Waldrop observed that was distraught and contemplating jumping.

Without hesitation, Trooper Waldrop grabbed the woman’s shirt through the fence and comforted her as he assisted her down the ramp to the ground level of the scenic overlook.

A short time later, Hamilton EMS arrived on scene and transported the woman to an area hospital for further treatment.

We urge anyone experiencing a crisis that seems too much to bear to contact the National Suicide Prevention Lifeline at 800-273-8255 or go to www.suicidepreventionlifeline.org.