TRENTON, NJ (MERCER)—Police responded to the 100 Block of Monmouth Street around 10:20 pm, for 1 male shot in the arm. One person was transported by EMS to The Trauma Center at Capital Health Regional Medical Center a trauma alert was called. There were reports of additional gunfire on Walnut Street and another location in the city.

Breaking News: No further details are available at this time. 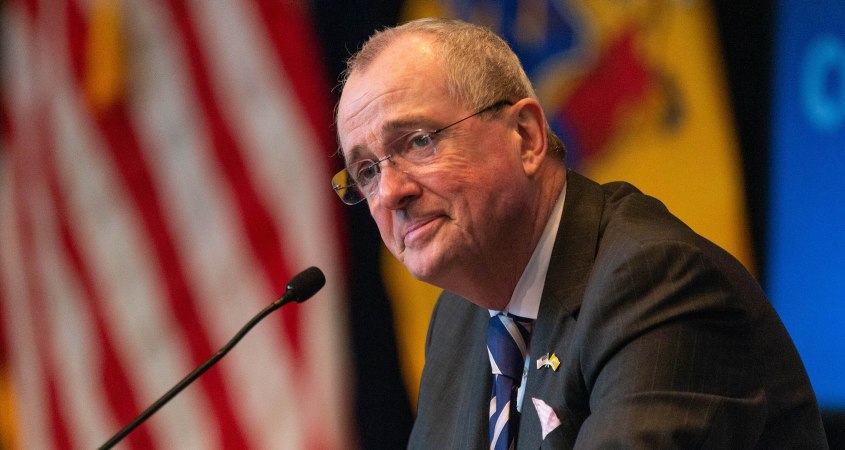 TRENTON, NJ (MERCER)–Governor Phil Murphy today signed legislation (A4157), which temporarily extends the deadline to file a property tax appeal to July 1, 2020, and the deadline for county boards of taxation to render decisions in tax appeal cases to September 30, 2020. The bill takes effect immediately and applies retroactively to April 1, 2020.

“Our current public health crisis has substantially disrupted many of our routine processes, including the ability of New Jersey homeowners to file timely property tax appeals,” said Governor Murphy. “Establishing clear dates for tax appeals and decisions will eliminate the potential for a backlog that would only cause further fiscal uncertainty for taxpayers and municipal governments.”

“The current pandemic has no doubt strained the processes individuals would need to navigate to successfully file an appeal on their property tax assessment,” said Assemblymembers Raj Mukherji and Gordon Johnson in a joint statement. “Giving homeowners and counties time, by extending deadlines, is therefore critical to ensure properties can be fairly assessed and appeals adequately processed. And for families it provides an opportunity to generate savings on tax payments, particularly when many have lost income and become financially vulnerable.”

“The COVID shutdown made it difficult, if not impossible, for many taxpayers to file their appeals by the deadlines which normally fall between April 1 and May 1, a period when many government offices were closed to visitors,” said Senator Paul Sarlo. “This will provide tax payers more time to file appeals and ensures that decisions will be rendered this year so that successful appellants can receive refunds this year. This is a temporary move in response to the crisis we are all experiencing.”

“The extent and duration of the current public health emergency could mean that property tax appeals for the current tax year may not be resolved until 2021, which could create a backlog of appeals that may ultimately delay their resolution,” said Senator Joseph Cryan.“This bill would establish a date certain for filing appeals so that residents and local officials can better manage their finances during these difficult times.”

ROBBINSVILLE/HAMILTON, NJ (MERCER)–The revitalized partnership between Hamilton and Robbinsville Township has provided an opportunity for both towns to benefit financially.

With Hamilton sitting on approximately $14.5 million in short-term debt, Robbinsville has stepped in to purchase $4,098,536 in short-term bond anticipation notes (BAN) at an interest rate of 1 percent. Township Council Thursday passed a Resolution authorizing the purchase agreement.

The 1 percent interest rate is significantly lower than what Hamilton would pay in a very volatile bond market triggered by COVID-19, among other factors. Robbinsville taxpayers benefit because their town’s rate of return from Hamilton will be 10 basis points higher than the rate currently provided by its bank.

“This is a win for Hamilton because it will be less expensive than going out to the traditional bond market, which is currently very volatile,” Robbinsville Mayor Dave Fried said. “It is also a win for Robbinsville because we will earn more in interest than what we are currently getting on our cash surplus. This is a way for us to help our neighbor, while increasing the return of our cash on hand now that bank rates have tumbled during the pandemic. It is a win-win for taxpayers on both sides.”

In “normal” economic times, the market for New Jersey municipal debt usually mirrors the rates experienced by federal securities. With the recent trends of both Federal securities and historically low interest rates, the interest rate municipalities would have to pay to borrow money for capital improvements would also be at, or near historic lows. However, the economic impact of COVID-19 on the municipal debt market has created an environment with daily fluctuations ranging from roughly 1.5 to 4 percent.

Additionally, in line with interest rate cuts by the Federal Reserve, the earnings rate for municipal investments has also dropped significantly in recent times to yields ranging from .10% to .25%. The Township of Hamilton approached Robbinsville to join in an economic partnership that would benefit both towns. On May 18, Hamilton sold just over $4 million of the $14.5 million in BAN to Robbinsville. Hamilton sold the remaining $10.5 million of notes to TD securities at a rate of 1.15% – also a beneficial rate given the instability in the markets of late. The maturity date of the TD notes is February 17, 2021.

“Given Hamilton’s diverse tax base and New Jersey’s strong history of regulation and monitoring of local government finances, the risk to Robbinsville is very low and the return is higher than the township could get from a bank,” said Thomas Hastie, whose firm, Malamut & Associates, has served both towns. “This appears to be a win-win for both townships.”

Hamilton Township, which hopes to unveil its 2020 budget in June, is facing tough economic times both in part to a sizeable budgetary hole left behind by the previous administration, as well as decreased revenues related to the COVID-19 pandemic.

“Hamilton Township was left with a significant budget hole by the Yaede administration, so our financial team was forced to think outside of the box in order to lead the Township back to financial stability,” Hamilton Mayor Jeff Martin said. “The option to borrow direct from Robbinsville was mutually beneficial to both towns. Hamilton was able to pay off our debt at below market rates, and Robbinsville earns money from the accumulated interest at a more profitable rate than it otherwise would. We’re thankful to have neighbors in Mercer County that recognize that working together and lending a helping hand, especially during these uncertain economic times, is best for all of our residents.”

ROBBINSVILLE, NJ (MERCER)–Robbinsville Township Council Thursday adopted the 2020 municipal budget of $25,322,970.33. The budget submitted by Mayor Dave Fried on March 26 features a flat or reduced tax rate for the eighth consecutive year. The rate remains at 51.8 cents per $100 of assessed value, with the average assessed home in Robbinsville valued at $377,000. A penny in the Robbinsville tax rate is worth $262,818.08.
2020 Introduced Municipal Budget

In addition to allocating $200,000 for emergency supplies and equipment, Township debt is earmarked to be reduced by over $100,000 in the proposed budget, along with $900,000 for street repairs.

Prior to the COVID-19 pandemic, Mayor Fried was poised to propose a fifth straight municipal tax reduction “but that would not be prudent at this time.”

“It is not wise to cut taxes until we fully understand what we are facing in terms of the impact of the virus on the economy,” Mayor Fried said. “By the same token, we will do everything on our part to reduce stress on local families.

TRENTON, NJ (MERCER)–Loved ones and friends of those who have passed from COVID-19 behind the prison walls came together at the Trenton War Memorial today just before Governor Murphy’s daily press conference. The New Jersey Campaign for Alternatives to Isolated Confinement held a #SayTheirNames Funeral Procession and Call to Action as they drove in circles around the building.

The event is bringing attention those who have died and are still incarcerated during the pandemic. Protesters are not happy of how Governor Murphy and Department of Corrections have handled the cronavirus and very concerned for those who are still stuck behind prison walls. Family members, ministers and others spoke out against the injustice prior to the procession.

Now, more than ever, we need to come together. We need to protect our most vulnerable. We need to unite in our communities and in our common humanity. For some though, it is all too easy to write off one of our most vulnerable populations- adults and youth trapped behind bars during COVID-19. The simple but vital precautions we can take every day to stay safe from COVID-19 like sanitation, social distance, avoiding sick people and accessing healthcare are unavailable to those trapped inside the prison system. Governor Murphy’s Executive Order No. 124 was supposed to help the most vulnerable people. It has been an inexcusable failure of epic proportions. Meanwhile, as the Governor continues to hide behind the DOC and the JJC (Adult & Youth Corrections) human beings are dying every day and leaving their loved ones with little more to mourn than a memory and a bad excuse. They were never supposed to be sentenced to death but Gov. Murphy has done just that.

The #SayTheirNames Funeral Procession aims to pay respect to all those who have needlessly passed away due to government inaction and to pressure Gov Murphy and the DOC to act before more people die. We demand that people are released and conditions are improved immediately. We demand that Gov. Murphy #DecarcerateCOVID19

Every car in the procession will wear a sign with the name of someone who has passed or who is still trapped inside the system. We will #SayTheirNames. We will remember. These are our mothers and fathers, sisters and sons, friends and neighbors and human beings who deserve more. Faith leaders will guide the procession through the Trenton War Memorial just before Gov. Murphy’s daily COVID briefing takes place there.

Everyone is welcome. We will be maintaining social distance and all recommended safety procedures. Everyone is to remain in their vehicle. Masks will be provided to those who need it. We are here Because we care for our community and ask everyone to respect those safety guidelines. 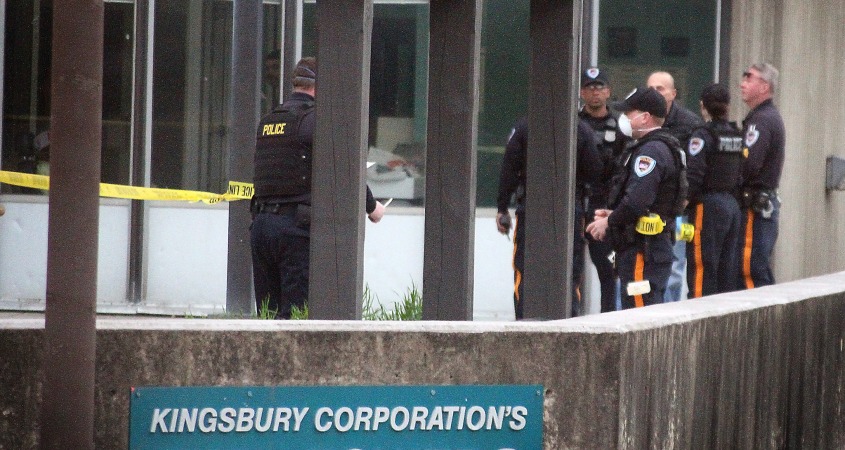 TRENTON, NJ (MERCER)–Mercer County Homicide Task Force is investigating the death of Terrence Horton, 53, who was pronounced dead on May 21, 2020 from an April 14, 2020 shooting. The shooting happened at 1 Kingsbury Square on April 14, 2020 around 6 p.m., the death has been ruled a homicide.