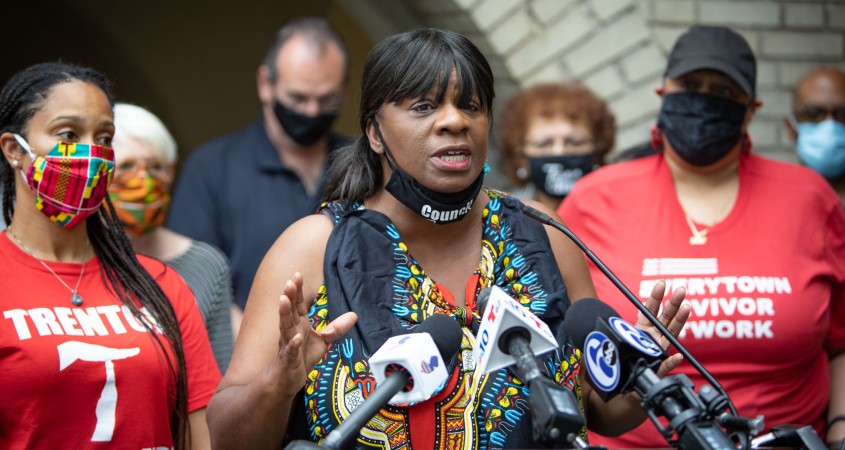 TRENTON, NJ (MERCER)–Mayor W. Reed Gusciora stated 3 children were injured, 2 shot and 1 suffered a head injury while running away from gunfire at Academy Park (Academy Street Playground) A 30 year old male was also shot across the street for a total of 4 injured from the gun violence.

The Mayor said, “I found it disturbing that gunfire erupted in an alley game in progress and then indiscriminate shots were struck against 2 other juveniles. This was a traumatic experience for these 2 little girls and one young man as well as their families, their community and to be witness to the shootings and those in the surrounding vicinity. When a child goes to a park they should believe they are in a safe environment gunshots should be the farthest from their minds unfortunately that is not the case with these three young persons. After all we protect them because they are Trenton’s future.”

City Council President Kathy McBride, This is just tragedy upon tragedy in this city. Enough Is Enough I had all I can stand and as a parent I do not want to put up with it any longer, if you want to part of a solution lets sit down and come up with some ideas.

Other community leaders spoke at this afternoon’s press conference at City Hall and expressed their concerns to the community.

2 thoughts on ““Enough Is Enough!” Trenton Council President Kathy McBride, After 2 Children And 1 Man Shot, One Other Child Injured By Running Away From Gunfire”