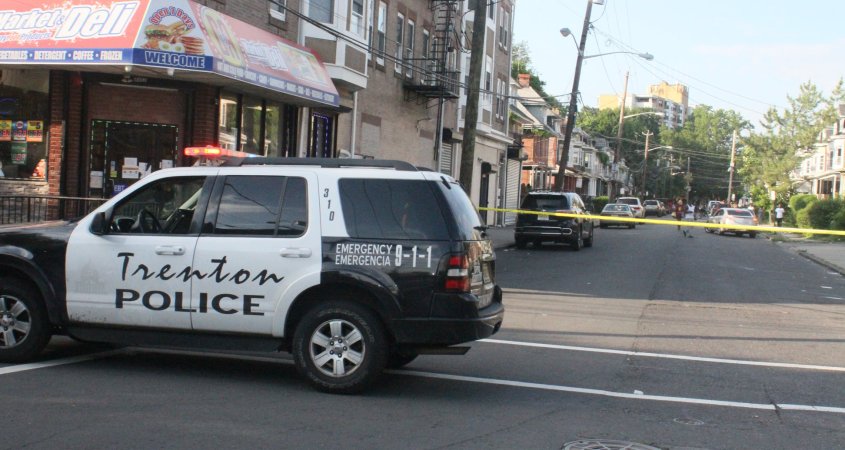 BREAKING NEWS FROM ON SCENE REPORTS, IF OFFICIAL INFORMATION BECOMES AVAILABLE STORY WILL BE UPDATED

8:00 am Update: There were at least 2 additional shootings overnight in Trenton.

At 10:15 pm a shooting at Agabati Square Whittaker Ave and Emory a man was reported to be shot in the back.

There was another shooting after that around midnight and did not get location. Police and TEMS responded and it was reported someone drove the man who was shot in the leg to the Trauma Center at Capitol Health Regional Medical Center.

TRENTON, NJ (MERCER)–There were at least two people shot this evening at Stuyvesant and Hoffman Avenues around 6:15 pm. Police and TEMS responded to the scene. TEMS and Mercer County Paramedics transported two people to the Trauma Center at Capitol Health Regional Medical Center. There were reports that three people could have been shot but TEMS transported two to the Trauma Center.

No further information is available about the shooting at this time. Police were on scene investigating.

And the list grows: Other Recent Trenton Shooting Stories: (There has been a lot more gun violence and shootings but these are ones we have enough information to report on)

BREAKING: A City Of Shootings, 24 Hours After City Officials And Leaders Exclaimed “Enough Is Enough!” Another Shooting

“Enough Is Enough!” Trenton Council President Kathy McBride, After 2 Children And 1 Man Shot, One Other Child Injured By Running Away From Gunfire

BREAKING NEWS: Shooting In Trenton One Possible Fatal And One Serious