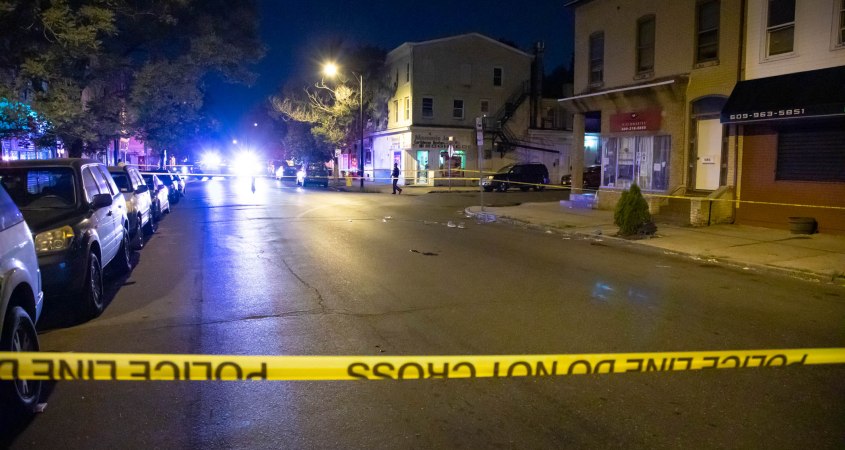 The victim has been identified as 37-year-old Luis Gonzalez of Trenton.

Trenton Police received calls for shots fired at approximately 8:53 pm.  Officers arrived on scene and located a male victim in the middle of the street suffering from gunshot wounds. He was transported to Capital Health Regional Medical Center and pronounced deceased.

The victim has been identified as 37-year-old Luis Gonzalez of Trenton.

The Mercer County Homicide Task Force and the Trenton Police Department continue to investigate this shooting.  Anyone with information is asked to call (609) 989-6406.  Information can also be emailed to mchtftips@mercercounty.org

WILL THE KILLING EVER STOP?

CHECK OUT THE LIST OF MIDJERSEY.NEWS STORIES ON CITY OF TRENTON 2020 SHOOTINGS, STABBINGS AND HOMICIDES HERE:

And the list grows: Other Recent Trenton Shooting and Homicide Stories: (There has been a lot more gun violence, stabbings and shootings but these are ones we have enough information to report on)

BREAKING: Reports Of Fatal Shooting In Trenton As Shootings And Stabbings Plague City

Arrest Made In Trenton Stabbing Homicide

Trenton Stabbing Victim Identified, 16 Dead In 2020 So Far In The City

BREAKING: A City Of Shootings, 24 Hours After City Officials And Leaders Exclaimed “Enough Is Enough!” Another Shooting

“Enough Is Enough!” Trenton Council President Kathy McBride, After 2 Children And 1 Man Shot, One Other Child Injured By Running Away From Gunfire

Reports Of A Shooting Last Night In Trenton at Rowan Towers

BREAKING NEWS: Shooting In Trenton One Possible Fatal And One Serious

6 thoughts on “Continuing Coverage: City Of Trenton’s 21st Homicide Of 2020”