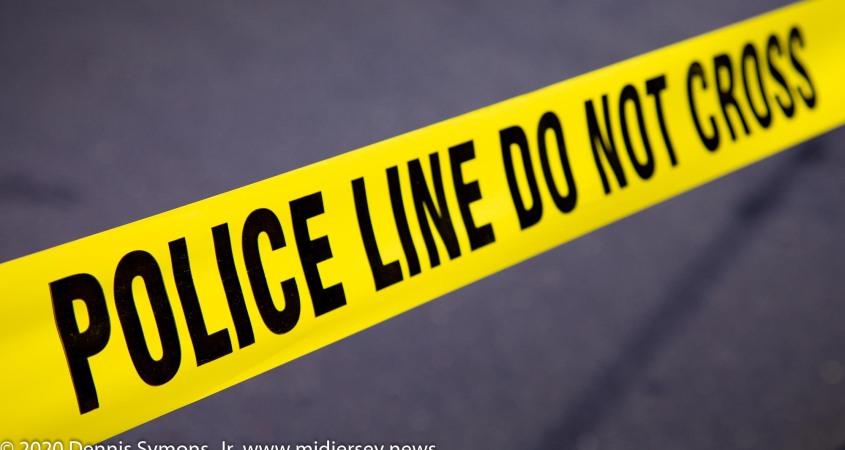 BREAKING NEWS REPORT: Information from radio traffic and on scene reporting. If and when official information is released the story will be updated and corrections made.

TRENTON, NJ (MERCER)–Trenton Police are currently on scene at 30 Delawareview Avenue investigating a shooting where two were shot. 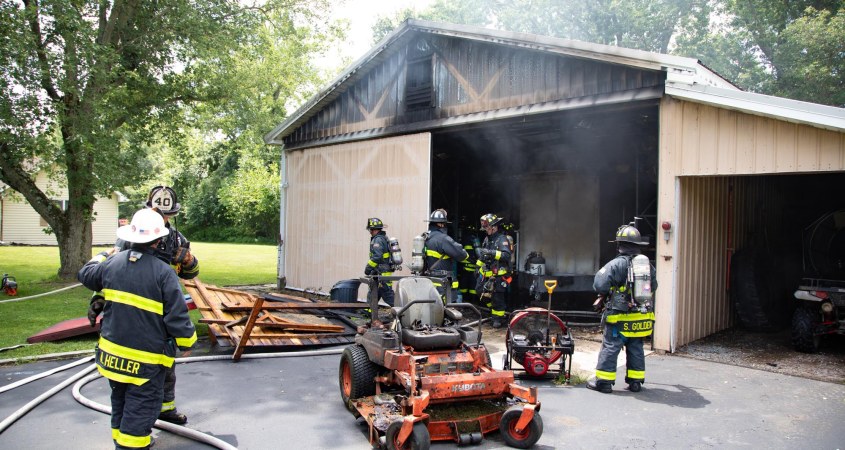 ROBBINSVILLE TOWNSHIP, NJ (MERCER)—The Robbinsville Township Fire Department and surrounding departments were busy with two structure fires in the township this afternoon in hot humid conditions with temperatures in the 90s.

The Robbinsville Township Police and fire investigators from the Mercer County Fire Marshall’s Office and Mercer County Prosecutor’s Office responded and determined that the fire was of accidental and non-suspicious, according to police.

As Robbinsville firefighters were still on scene at the first fire on Edgebrook Road helping with the investigation and overhaul another fire was reported on Richardson Road almost exactly an hour later.

At 1:15 pm the Robbinsville Township Police 9-1-1 dispatcher received several calls reporting a fire in the 100 block of Richardson Road between Stanley and Lambert Lane. The West Windsor Fire Department was covering Robbinsville Township and responded to the scene and reported a garage fire. Hamilton Township Fire Department and Hope Fire Company of Allentown was returning or just returned from the first fire and responded to the scene.

Firefighters pulled 1 ¾ hand lines and hooked to a hydrant right in front of the home and quickly brought the fire under control.

The Robbinsville Township Police and fire investigators from the Mercer County Fire Marshall’s Office and  Prosecutor’s Office also responded to the second fire for the investigation, this fire was also determined to be accidental and non-suspicious, according to police. 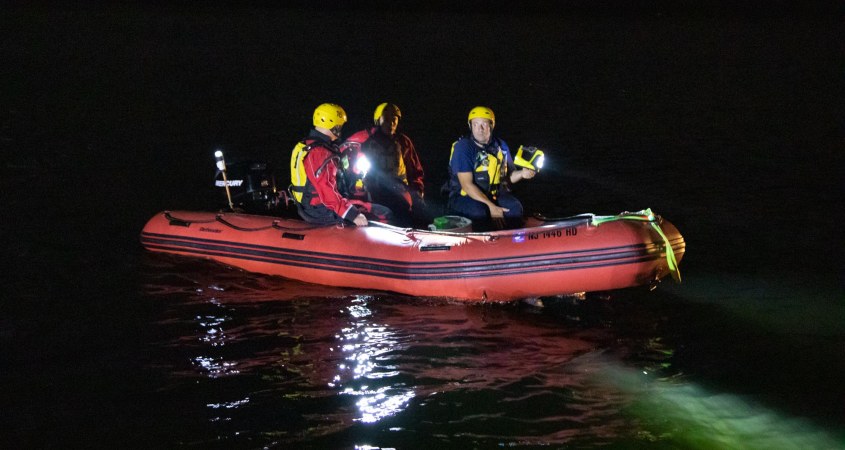 Firefighters from two states participated in a search of at least 11 miles of the Delaware River for a missing man. After searching it was unclear the whereabouts of the lost man.

August 2, 2020 (updated 8:30 am to take Burlington off list, assignment was recalled prior to them being dispatched)

Breaking News Report: From on scene reports, witnesses and radio reports. If official information is released the story will be updated and corrected.

EWING TOWNSHIP, NJ (MERCER)–Late yesterday evening (August 1, 2020) the Ewing Township Fire Department was dispatched to the Interstate 295 bridge over the Delaware River for a missing person in the river. The man was reported missing by his girlfriend around 10:15 pm. he is a white male, with red swim trunks with no shirt in a tube used to float on the water. There was also a delay of 9-1-1 calling for help so the man was lost at least a half hour before at approximately 9:45 pm.

Trenton Fire Department searched in the area of the Route 1, Trenton Makes and Calhoun Street Bridges. The Hamilton Township Fire Department deployed at the Trenton Boat Ramp and searched that area to the Crosswicks Creek. A New Jersey State Police helicopter was requested for the search but was unknown if it was used.

Approximately 11 miles of river was searched from North of the 295 bridge to south of the Crosswicks Creek.

Around midnight the search was called off and all units returned to their stations. It was unclear if the man was found or there may have been further information that the man was seen walking back on one of the roadways next to the river. At the time of this report there were no official reports of the whereabouts of the missing man.