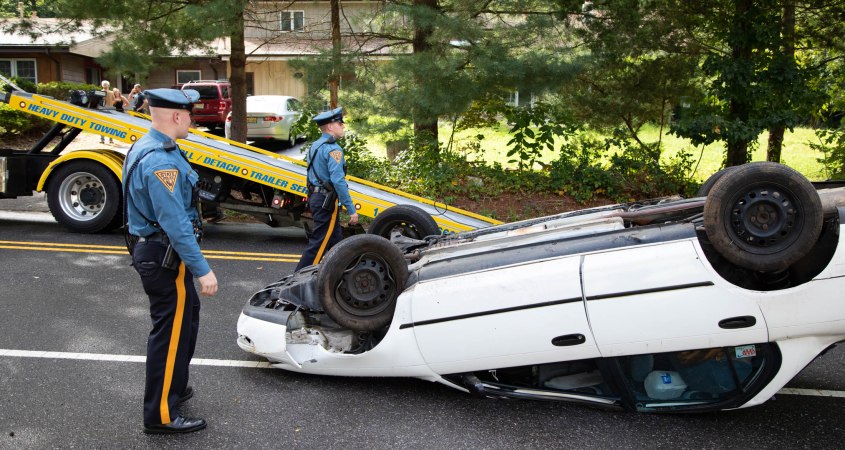 The New Jersey State Police shut down the roadway and traffic was detoured in the area until the vehicle could be towed.

There was not update on the condition of the driver but a “trauma alert” was called while the ambulance transported the person to the Trauma Center at Capital Health Regional Medical Center in Trenton.