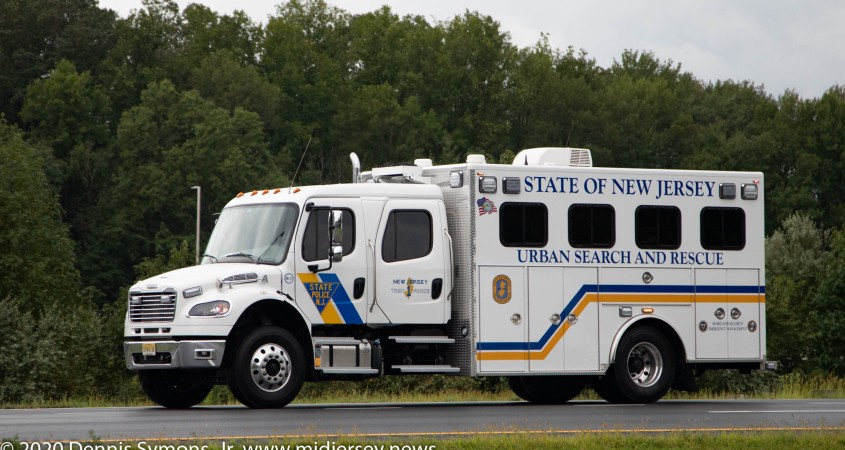 ROBBINSVILLE, NJ (MERCER)–Just after 3 pm NJ Office Of Emergency Management, Urban Search and Rescue, New Jersey Task Force 1 returned to the area as the passed through the NJ Turnpike toll booths on their way back to their headquarters.

The team was activated for response to Hurricane Laura in the early morning hours of August 27, 2020. The team traveled south to stage near Atlanta, Georgia until needed. Early this morning the Federal Emergency Management Agency – FEMA adjusted the Federal response to local needs and NJ-TF1 received demobilization orders and begun the process of heading home.

Local members known to MidJersey.News are: