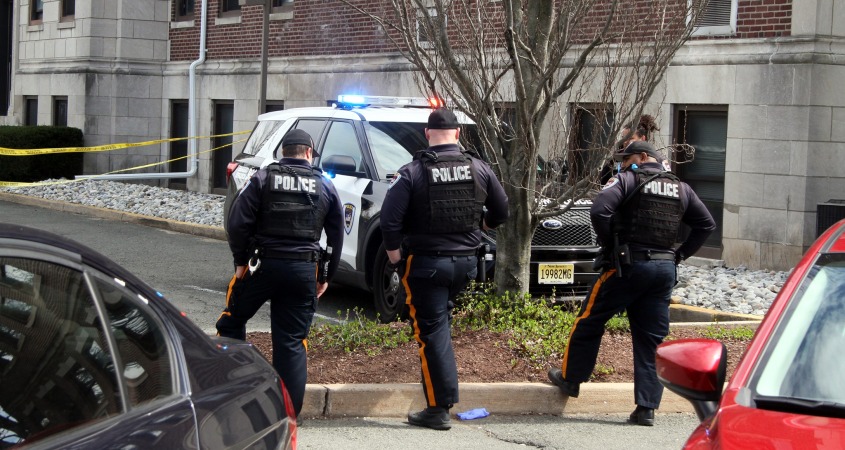 TRENTON, NJ (MERCER)–The Attorney General’s Office today released video recordings from officer body-worn cameras related to the death of Stephen A. Dolceamore, 29, of Media, Pa., who died in the custody of Trenton police officers on April 3, 2020.

The death of Mr. Dolceamore remains under investigation by the Attorney General’s Office of Public Integrity and Accountability.  However, the video recordings are being released pursuant to Attorney General Directive 2019-4, the “Independent Prosecutor Directive,” which governs use-of-force investigations in New Jersey and requires that such records, if requested, be released to the public once the initial phase of the investigation is substantially complete.

On April 3, 2020, at approximately 11:45 a.m., the Trenton Police Department responded to a report of a man behaving erratically and walking into traffic near St. Francis Medical Center.  Officers located the subject, later identified as Mr. Dolceamore, who tried to run away.  Officers pursued Mr. Dolceamore, forced him to the ground, and restrained and handcuffed him.  The video recordings from the body-worn cameras capture this encounter.  During the encounter, Mr. Dolceamore became unresponsive.  Police officers and emergency medical personnel attempted to provide medical assistance to Mr. Dolceamore, and he was transported to St. Francis Medical Center, where he was pronounced deceased at 12:40 p.m.

The recordings are contained in three files, which have been posted online.  Click here for files.

The investigation is being conducted pursuant to a state law enacted in January 2019 (P.L.2019, c.1), which requires that the Attorney General’s Office conduct investigations of a person’s death that occurs during an encounter with a law enforcement officer acting in the officer’s official capacity or while the decedent is in custody.

The investigation is ongoing and no further information is being released at this time.  Under state law and the Independent Prosecutor Directive, when the entire investigation is complete, the case will be presented to a grand jury, typically consisting of 16 to 23 citizens, to make the ultimate decision regarding whether criminal charges will be filed. At present due to the COVID-19 pandemic, regular grand juries are not sitting and hearing cases.

The investigation is being conducted in compliance with procedures and requirements established in the Independent Prosecutor Directive, which is available at this link:

The Independent Prosecutor Directive, issued by Attorney General Grewal in December 2019, outlines a 10-step process for conducting independent investigations of use-of-force and death-in-custody incidents in compliance with state law.  The directive establishes clear procedures governing such investigations to ensure that they are done fully, fairly, and independently of any potential bias. A summary of that 10-step process is available at this link:

Statement from Trenton Police Department Director Sheilah A. Coley
on the State Attorney General’s Release of Video Regarding
the April 3 Incident with Stephen A. Dolceamore

This tragic incident illustrates why the Trenton Police Department must continue to expand its efforts to be more accountable to the community we serve. We must increase the rate at which we review complaints from area residents and, when necessary, take departmental disciplinary action. This matter was immediately referred to the N.J. Attorney General’s Office when it happened earlier this year.

Today, more Trenton Police Officers are equipped with body cameras than ever before. In addition, we’re starting to train officers in techniques for restraining suspects that don’t require the use of physical force.

TPD officers are contending with a simultaneous uptick in crime and a greater demand for accountability. I’m confident that my officers can – and will – meet that challenge. Trenton residents deserve nothing less.

One thought on “AG’s Office Releases Video Recordings From Police Body-Worn Cameras in Investigation of Man Who Died in Police Custody in Trenton on April 3, 2020”