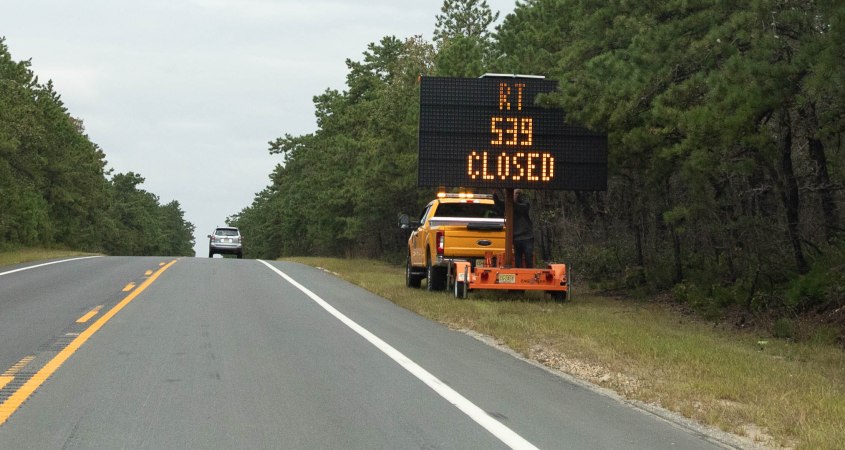 7:00 pm update a source traveling though the area says the roadway has been reopened.

LACEY TOWNSHIP, NJ (OCEAN)–Around 6:00 am this morning sources say that a dump truck and a car collided with entrapment around mile marker 19. Sources also say there was a fatality at the scene and a fuel spill. The roadway has remained closed though late afternoon for accident investigation and clean up.

Route 539 is still closed as of 4:30 pm between Route 72 and Harry Wright Blvd. in Manchester Township. Seek alternate routes if you need to travel in that area.

On Friday, September 18, 2020, at approximately 0600 hours, the Lacey Township Police Department responded to a report of a motor vehicle crash on County Route 539 in the vicinity of mile marker 19.5. Initial reports indicated entrapment of an occupant of one vehicle that was fully engulfed in flames. Investigation at the scene revealed that a 2000 Lexus operated by a 37-year-old female from Staten Island, NY, was traveling north in the southbound lane on County Road 539 approaching mile marker 19.5.

A 2006 Kenworth tri-axle dump truck was traveling south at the same time and the Lexus struck the front of the dump truck at a high rate of speed.

Witnesses reported that the operator of the Lexus had passed multiple vehicles well in excess of the posted 55 MPH speed limit while traveling north just prior to the crash. Witnesses further reported that after passing another vehicle the operator of the Lexus failed to return to the northbound lane, and continued traveling north in the southbound lane, right into the path of the dump truck.

The impact caused the Lexus to burst into flames upon colliding with the truck, with the occupant still inside the vehicle. By all accounts it does not appear the initial impact was survivable. The operator of the dump truck, Sergio Pernilla, 37, of Hamilton, New Jersey suffered minor injury.

The identity of the driver of the Lexus is being withheld pending notification of next of kin.

As of 1500 hours on today’s date, clean-up efforts are still underway and the road remains closed. It is estimated that the roadway should be reopened by late evening.