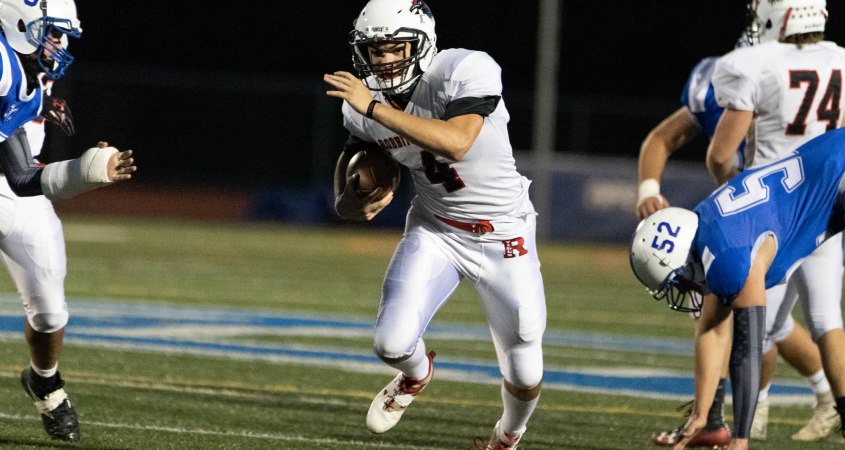 Updated MidJersey.News story here: Hamilton Man Is Latest Shooting Victim, Dies From Wounds Sustained On October 9th, There Have Been 35 Murders In Trenton In 2020

TRENTON, NJ (MERCER)–Trenton Police, Trenton Fire Department, and Trenton EMS responded to a shooting in the 1st block of Oak Street around 7:50 pm. The shooting sounded critical as a “trauma alert” was called en route to the hospital. The vicitm was transported by TEMS and Capital Paramedics to the Trauma Center at Capital Health Regional Medical Center.

Update at 11:15 pm the Trenton Fire Department was detailed back out to Oak Street for a “washdown” to clean up body fluids.

TRENTON, NJ (MERCER)–Assemblyman Ron Dancer has introduced legislation to deter people from repeating the vile act of spitting into a police officer’s food or drink.

In July, the Park Ridge Police Department received an anonymous tip that Kevin Trejo, a Starbucks employee, was spitting into the coffee of officers who visited the establishment.  He was quickly arrested and later fired by the coffee chain.

Starbucks offered an apology, but Dancer feels more needs to be done.

“An apology is nice, but this should never happen in the first place,” said Dancer (R-Ocean). “Like everyone else, police officers have the right to expect fair and equal treatment and to be served safe food and drinks. Spitting in their drink is a disgusting and disrespectful act that could lead to an officer falling ill.”

Dancer’s bill (A4765) would clarify that spitting on the food or into the drink of a law enforcement officer constitutes third-degree aggravated assault and would carry a sentence of three to five years with a mandatory fine of $15,000.

The bill would also require employers to suspend the employee if he is charged, and fire him if convicted.

“If you commit a despicable act against an officer, like spitting in their drink, you should be arrested and, if convicted, be fired,” stated Dancer. “You are not fighting for social justice when you do something like this.  You are just being cruel. There is nothing heroic about spitting into an officer’s drink.”

Non-Profit’s Partnership with City of Trenton has led to 215 Adoptions, No-Kill Status for Trenton Animal Shelter

TRENTON, NJ (MERCER)–Non-profit organization Trenton Animals Rock and Trenton Mayor W. Reed Gusciora will hold an adoption event at the historic Mill Hill Park in the North Ward tomorrow to announce an upcoming micro-chipping clinic and soon to be established animal food pantry for Trenton residents, as well as ongoing efforts to update the city’s euthanasia policies to help the Trenton animal shelter maintain no-kill status into the foreseeable future.

The adoption event will be held at Mill Hill Park tomorrow afternoon from 12:00 p.m. to 2:00 p.m. at the corner of E Front Street and S Broad Street.

“The Trenton Animals Rock team is a passionate group of volunteers who have worked tirelessly, and collaboratively, with the City of Trenton to lower the euthanasia rate for shelter dogs by funding medical care and building a robust network of fosters and adopters,” said TAR Founder, Danielle Gletow, “We are immensely grateful to Mayor Gusciora, his team and the dedicated Animal Control Officers who have made our work possible.”

“Trenton is a city of second chances, and I can’t thank Trenton Animal Rocks enough for their efforts to make sure that animals that end up in our shelter find loving homes in the Capital City and elsewhere,” said Mayor Gusciora. “These volunteers went above and beyond of what we asked of them and helped Trenton have a no-kill shelter for the first time in its history. Thanks to their expertise, we believe we can develop long-term policies that will secure that status well beyond my administration.”

Trenton Animals Rock is an all-volunteer nonprofit organization that has worked with the City of Trenton since June 2018. It provides funding for medical care, training, and boarding for injured, abandoned, and abused dogs, and is the key entity connecting homeless dogs to households throughout New Jersey and beyond.

Trenton Animals Rock announced today that it will now offer to place a tracking chip with any dog that a resident reclaims at the shelter and will host chipping clinics over the next few months where residents can request the service at no cost. Trenton Animals Rock is also working to establish an animal food pantry for pet owners in need.

Since Trenton Animals Rock began managing the shelter’s behavior assessment and foster program in June 2019, the euthanasia rate at the shelter decreased from 47 percent to less than 10 percent, putting the shelter on track to become a no-kill shelter for the first time.

The City of Trenton and Trenton Animals Rock are working together to codify an updated shelter policy that will help ensure that animals are not euthanized unless it is absolutely necessary for medical or safety reasons. The Gusciora Administration is also developing an RFI to solicit industry expertise on the potential costs and next steps for a new animal shelter that can better meet the growing needs of the Capital City.

Since February of 2019, Trenton Animals Rock has adopted out 215 dogs from the Trenton animal shelter. In June 2019, it worked with the City of Trenton and other rescue partners to place over 55 dogs that were rescued from a hoarding situation.

To date, Trenton Animals Rock has paid out over $150,000 to provide life-saving medical care to dozens of dogs and cats at the shelter. For more information about Trenton Animals Rock and potential volunteer and adoption opportunities, visit tarnj.org or contact them at info@tarnj.org

LAWRENCE TOWNSHIP, NJ (MERCER)–The alarm sounded at 4:00 am and after only a few hours of sleep it was time to make the trek to the Bakers Basin, NJ Motor Vehicle Commission Office to renew a CDL. Those with Commercial Drivers Licenses (CDL) have to renew in person at a MVC office. There are also many others than need to do an in person transaction at MVC offices to receive their drivers license depending on specific situations.

Pulling into the parking lot a little after 5:00 am there were already a good amount of cars in parking spaces. I removed my camping chair from my vehicle and placed it in a line of about 100 or more already waiting that had already wrapped around the building. I took a seat and waited in line until I started to feel cold and took a walk around to warm up.

There is a portable restroom or “porta potty” but that is locked until about 7:30 am and there is no where for people to go until that time. Many go in the bushes behind the line near Route 1 since the porta potty is locked. So if you happen to make this adventure go easy on the coffee and liquids until you give your number for text messages.

Around 7:30 a security guard came out and explained what would happen. New Drivers got a ticket right away and go to the front of the line to be processed while the rest of us have to wait. A little after 8:00 am the line started to move as they handed out tickets to get inside to put your name in a computer that will text you when they are ready to bring you inside to process your paperwork.

I was number 87 in line (after all the new drivers already went) and I was checked in by 8:55 am. At 10:10 am I received my first text that they were almost ready for me and about 10 minutes later I had to wait in another line to start the process of 6 points of ID and other processing. At 11:05 I was finished processing and walking out of the MVC with a new Commercial Driver License that was Real ID compliant.

After my experience today comparing it to years past, all MVC employees were very friendly and helpful. The employees have to deal with this never ending back log during a pandemic and have to wear masks, and take other precautions. Even with all that, employees were seen busy at desks and handling paperwork inside. MVC employees should be commended for all they are doing during the pandemic to process all these licenses.

The problem is that if you don’t go early enough in the morning and get a good spot in line you may not make the cut off of how many licenses one MVC location can process that day. There is currently no reservation system other than waking up in the early morning hours and waiting it out trying to get a decent spot in line.

It is no secret that winter is coming and it was already cold this morning during the wait that will only get worse as winter approaches.

Here are some ideas maybe the Governor and MVC Commissioner can think about implementing:

If the MVC implemented those simple 6 things the MVC experience and wait could be more palatable. Yes, we are in a pandemic but MVC was already having issues with Real ID for years and previous administrations, way before the pandemic. The pandemic just made this situation a lot worse and being used as an excuse for an already broken neglected system. It is time to step up, invest in MVC and make MVC great. 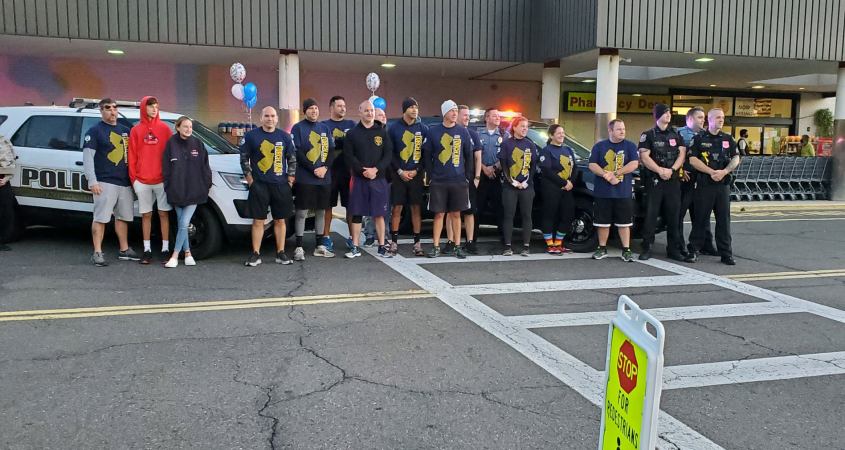 Many law enforcement agencies across the state participated in the 2020 NJ Law Enforcement Torch Run for Special Olympics this morning.

On Friday, October 9th, more than 3,000 officers will take to the streets of their local communities on one of 26 separate routes to help carry the “Flame of Hope” a distance of nearly 750 miles throughout the Garden state to raise funds and awareness for Special Olympics New Jersey.

In 1982, the late Port Authority of New York and New Jersey Police Officer Steven Vitale was asked to take photos at a local Special Olympics competition in New Jersey. He was so moved by the determination exhibited by the athletes that he asked other police officers to volunteer at the Summer Games. In 1984, the first New Jersey Torch Run was conceived to raise funds and public awareness for the Special Olympics New Jersey program. The course ran from Liberty State Park in Jersey City to Rutgers Stadium in New Brunswick, through eight towns, covering 43 miles and raising $7,000. In each succeeding year, the dollar amount became greater and the number of volunteers increased substantially.

Driven by the willingness of the New Jersey Law Enforcement officers to do more, the Law Enforcement Torch Run began to expand over the years. New fundraising events and initiatives were created and held throughout the Garden State to promote the Special Olympics movement. With over $4 million raised annually by more than 3,000 officers through local and statewide events, the Law Enforcement Torch Run for Special Olympics New Jersey has been recognized in the world for many years as one of the top grassroots fundraising organizations for Special Olympics. Fundraising events that are conducted year-round in New Jersey include an Adopt-a-Cop campaign for the annual Torch Run, three Polar Bear Plunges, the Lincoln Tunnel Challenge 5K, the United Airlines Plane Pull and golf outings to name a few. In addition to fundraising, Law Enforcement officers volunteer at athlete competitions and events year-round, while serving as ambassadors in local communities.

Below are photos from Bordentown Township, (Burlington) and South Brunswick, (Middlesex)

MidJersey.News will post more as they are sent in: