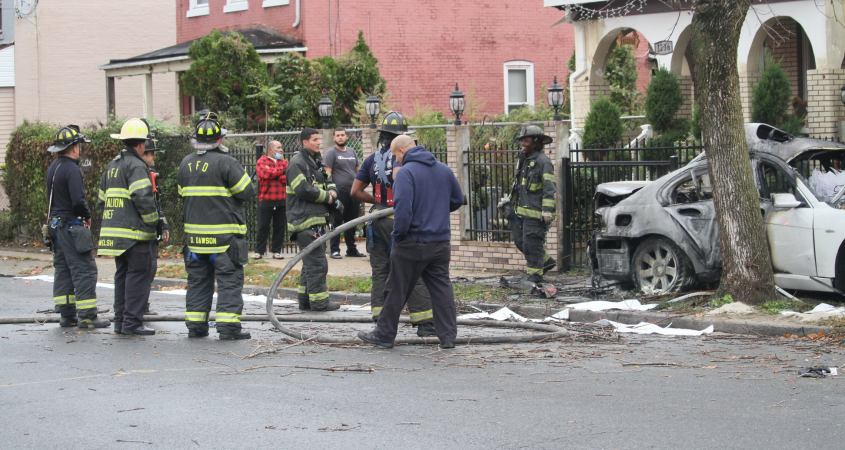 TRENTON, NJ (MERCER)–Around 9:30 a BMW traveling on East State Street near Garfield Avenue crashed into a tree and burst into flames, resulting in a “River of flames” from fuel leaking on the ground as a result of the accident. Responding units reported a “column of smoke” in the air while en route to the scene.

Fuel absorbent pads were used to help clean the resulting fuel spill from the accident. Hawks Towing removed the vehicle.

Trenton Police was investigating the crash, no further details were available at this time.

Breaking News report, from radio reports, witnesses and on scene reporting. If official information becomes available the story will be updated.