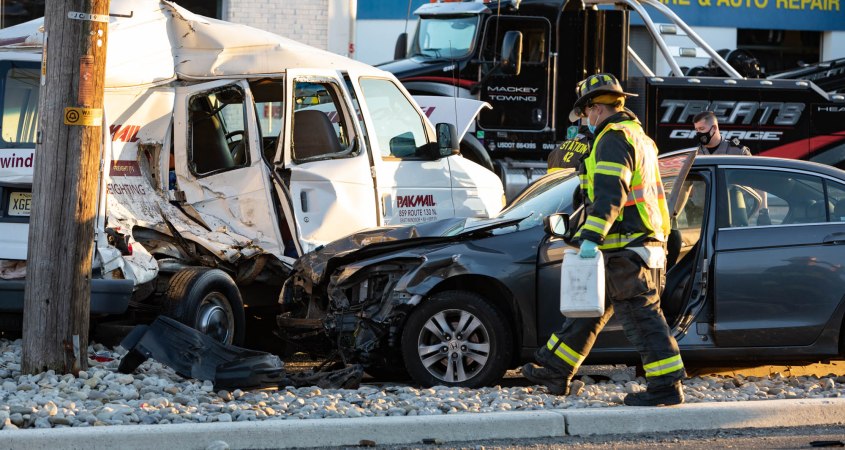 Preliminary investigation revealed the operator of a 2008 Nissan Sentra driven by Sylvester Massaro, 83 of East Windsor entered Rt. 130 North after exiting the parking lot of the American Legion when it collided with a 2012 Honda Accord driven by Rajdeep Sekhon, 32 of Bordentown, which was traveling north on Rt. 130. The Honda Accord left the roadway and collided with a 2004 Econovan, which was legally parked and unoccupied.

Sylvester Massaro, 83 of East Windsor sustained non-life threatening injuries as a result of the collision and she was transported to Capital Health Regional in Trenton, NJ by Rescue Squad personnel.

Rajdeep Sekhon, 32 of Bordentown sustained life threatening injuries as a result of the collision and he was transported to Capital Health Regional in Trenton, NJ by Rescue Squad personnel.

The matter remains under investigation by the East Windsor Police Department’s Traffic Safety Unit and the Mercer County Prosecutor’s Office Serious Collision Response Team. No charges have been filed at this time.