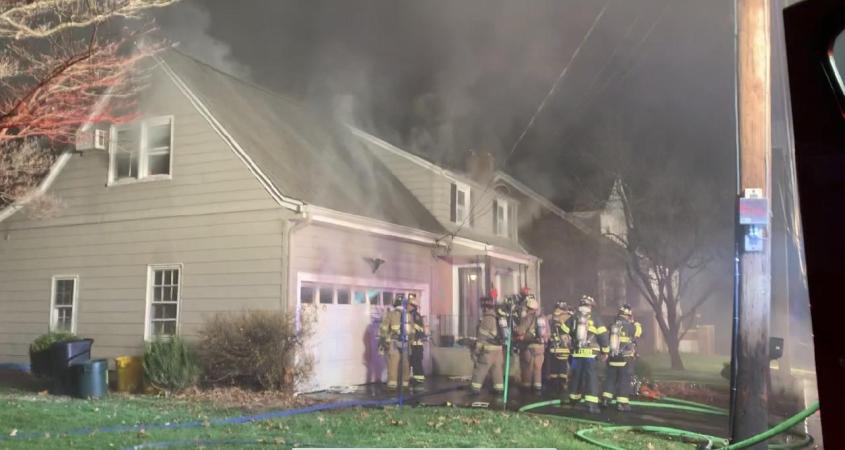 EWING TOWNSHIP, NJ (MERCER)–Ewing and Lawrence Township firefighters were dispatched to the 1st Block of Green lane for a garage fire at 6:47 pm. Upon arrival firefighters reported heavy smoke and fire in a garage attached to a two story home. Ewing career staff, and volunteers from Prospect Heights, West Trenton and Lawrence Road Fire Companies quickly extinguished the fire bringing the fire under control by 7:15 pm., saving the home. No further information is available.

EWING TOWNSHIP, NJ (MERCER)-LOWER MAKEFIELD TOWNSHIP, PA (BUCKS)–Firefighters from both sides of the river responded to a fire on I-295 at the Scudder Falls Bridge construction site. The fire was reported around 3:12 pm involving wood scaffolding-concrete forms in the middle of the bridge project. Upon arrival firefighters reported a “deep seated fire” and additional tankers were requested to the scene, Marine 33 was also requested to respond from the river. Traffic was tied up in the area until the firefighting was completed. No further information is available at this time. 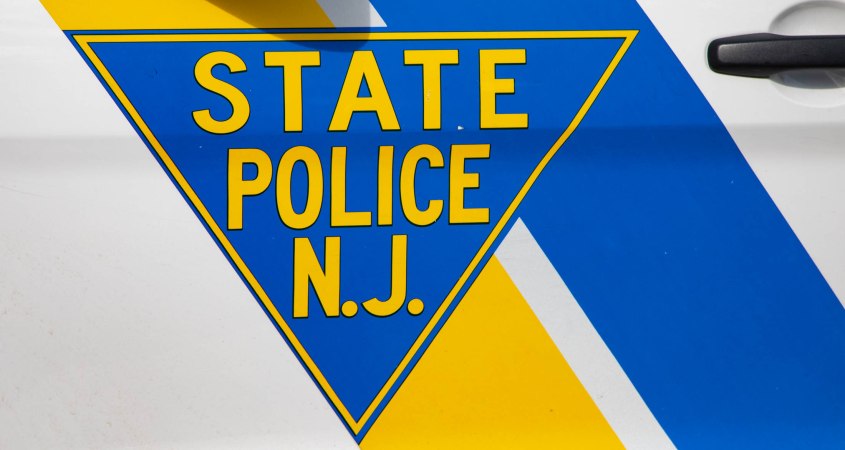 Also sized were a total of 54 guns, (including assault rifles, a submachine gun, and a ghost gun) and high-capacity magazines.

While conducting their investigation in Jackson Township, detectives observed Andre Sulimenko pull his Subaru into the driveway of William Woolley’s residence for an alleged narcotics transaction. Detectives observed Woolley exit his residence, approach the car, and hand a bag to Sulimenko. Shortly after the exchange, detectives stopped Sulimenko who was found to be in possession of one kilogram of fentanyl, which was located in the bag that he had just received from Woolley. Sulimenko was arrested at the scene without incident.

Later that day, detectives from the New Jersey State Police Trafficking Central Unit and the Opioid Enforcement Task Force along with the State Police T.E.A.M.S. Unit, K-9 Unit, and the Ocean County Prosecutor’s Office executed a search warrant on Woolley’s residence. William Woolley was found to be in possession of 18 handguns, 28 rifles and shotguns, high-capacity magazines, and various firearm parts. Among the weapons seized were an assault rifle, a submachine gun, and a ghost gun. A ghost gun is a firearm that is assembled from various parts that are not imprinted with a serial number registered with a federally licensed manufacturer, making them difficult for law enforcement to trace.

As a result of the continuing investigation, detectives identified Nicholas Gooskos as another suspect in the fentanyl distribution network. On Thursday, December 3, with the assistance of the United States Postal Service Office of the Inspector General, detectives arrested Gooskos while on his mail delivery route in Neptune Township, N.J. As a result of the arrest, detectives later seized 120 individual doses of heroin. Detectives later searched Gooskos’ residence in Spring Lake, N.J. and seized one kilogram of fentanyl, five rifles, one assault rifle, two shotguns, high-capacity magazines, and ammunition.

The New Jersey State Police Hazmat Unit safely processed the fentanyl seized in this investigation. Fentanyl is an extremely lethal synthetic opioid, and as little as two milligrams are enough to cause a fatal overdose. The street value for a kilogram of fentanyl is $50,000, but when mixed with other agents and broken down into individual doses, the fentanyl seized in this investigation had an estimated street value of $3,000,000.

“Undaunted by the COVID pandemic, the New Jersey State Police are working ceaselessly to protect the public, in this case by seizing large quantities of the super-potent opioid fentanyl and outlawed weapons, including two assault rifles, a machine gun, and an untraceable ghost gun,” said Attorney General Gurbir S. Grewal. “By arresting these men and removing these highly lethal drugs and guns from our communities, we have made residents safer and more secure. The State Police and Division of Criminal Justice will continue to collaborate with law enforcement at all levels to target these dangerous criminal elements.”

“Fentanyl is one of the deadliest opioids in existence, just a few milligrams can kill an adult. This narcotic is not only lethal to users, sellers, law enforcement, and forensic scientists tasked with handling it, trace amounts left on surfaces by traffickers could easily claim the lives innocent victims, including unsuspecting children,” said Colonel Patrick J. Callahan, Superintendent of the New Jersey State Police. “While New Jersey remains on the forefront of the battle against the opioid epidemic, with the State Police Opioid Enforcement Task Force leading the charge with innovative enforcement strategies, we will continue to work with our partners and communities to develop education and awareness campaigns to combat this plague on all fronts.”

“The members of DCJ’s Gangs and Organized Crime Bureau stand ready at all times to work with the New Jersey State Police and our other law enforcement partners in these investigations targeting illegal drugs and weapons,” said Director Veronica Allende of the Division of Criminal Justice. “Those who bring deadly narcotics like fentanyl and banned firearms into our communities will be prosecuted to the full extent of the law.”

The Barnegat Police Department also assisted in this investigation, and the State Police Ballistics Unit identified and processed the firearms seized by detectives. The case is being prosecuted by the Division of Criminal Justice.