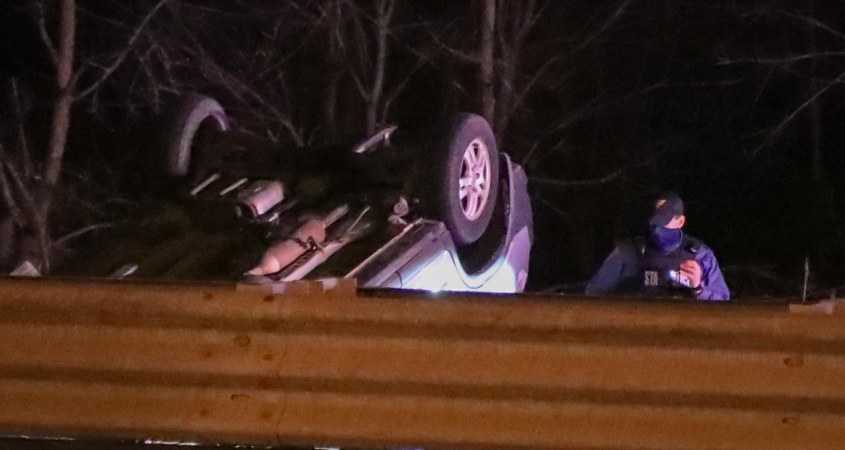 HAMILTON TOWNSHIP, NJ (MERCER)–At 6:47 pm the Hamilton Township Fire Department, RJW EMS and Capital Health Paramedics were sent to State Highway 29 North Bound in the area of mile marker 1.2 for an over turned vehicle with entrapment. Upon arrival it was determined that there was no entrapment but multiple people were injured and at least three ambulances were called to the scene. An additional ambulance was called from Robbinsville Township Fire Department EMS to the scene. The roadway was closed for about a half hour and lanes have been reopened since. No further information is available. 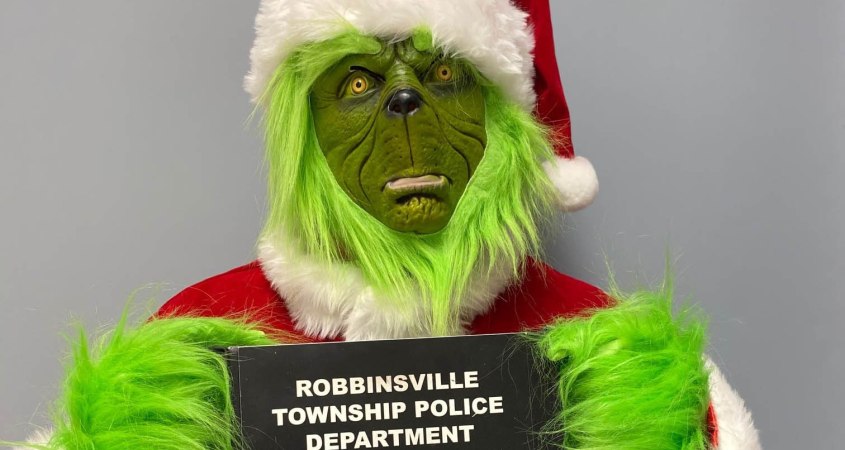 ROBBINSVILLE, NJ (MERCER)–MidJersey.News caught a green character aka the Grinch today following and helping Santa in Robbinsville. The Grinch unlike his former self was in the holiday spirit, waving to residents and having a good time helping Santa. Robbinsville Township PBA #344 issued a press release on what happened.

PRESS RELEASE: The dastardly Grinch was captured late last night while attempting to steal more holiday decorations! After a long night of reflection and a lecture from Chief Nitti, he made an agreement. He will now help Santa bring holiday cheer to Robbinsville! He started this afternoon, driving through town with Santa and Robbinsville Township Fire Department. Thank you Grinch for having a change of heart! 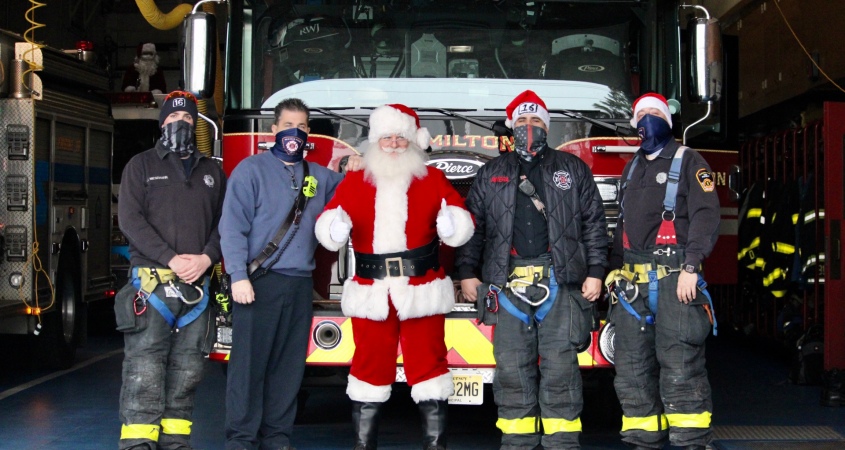 Here are the times Santa will be visiting near you:

Photos will be added as Santa visits each district. Please continue to check back for more photos and info.

All photos by: Tyler Eckel

ROBBINSVILLE TOWNSHIP, NJ (MERCER)–Santa arrived in Robbinsville today in preparation for his return trip on Christmas Eve. Santa was led by the Robbinsville Township Fire Department around town on fire apparatus both on the east and west sides of town.

Also spotted in the Robbinsville Township Police Department’s Emergency Services Unit was the Grinch and he appeared to finally be in custody and in the holiday spirit. The police department has put out several all points bulletins about a suspicious green character tampering with Christmas lights at the municipal building and firehouse.

Santa Claus is on his trip through Robbinsville. Follow along the two routes below.

The Grinch may finally be getting in the Holiday spirit after seen on surveillance video at the Robbinsville Township Fire Department trying to tamper with Christmas lights: