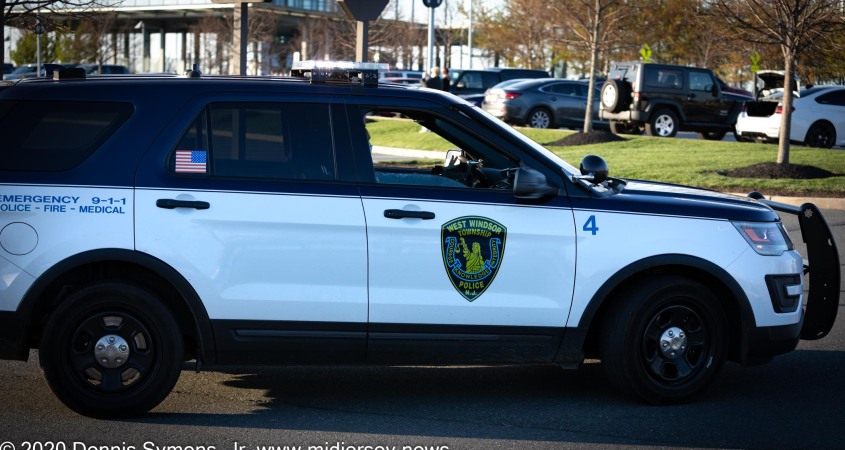 WEST WINDSOR TOWNSHIP, NJ (MERCER)–In a detailed press release West Windsor Police stated a 15 year old resident of West Windsor, 17 year old of West Windsor, 17 year Old of Plainboro, and 18 year old of East Windsor were victims in a drug buy gone bad at The Mews at Princeton Junction parking lot near building 7000 on October 3, 2020. The accused were all from Teaneck, NJ and ages 18, 19 and 20 years old. One accused from Teaneck, NJ was left with life threating injuries and has since recovered. The details of the press release are below:

On Saturday October 3, 2020 at 11:38 pm, Patrol Units were detailed to the parking lot near the 7000 & 9000 Buildings at The Mews at Princeton Junction on a report of an unknown disturbance.  No combatants were on scene upon arrival of the Patrol Units, however, there were reports of screaming & fighting, while (2) unknown males loaded up another male into a dark colored vehicle that sped away.  Although no combatants were left at the scene, several large puddles of blood were located near a speed bump in the parking lot and a broken Glock G19 BB Gun.

Additional investigation revealed that (3) individuals involved in the incident had responded to the Penn Medicine Princeton Medical Center where they were identified as the (3) Subjects above with the assistance of Plainsboro Township Police Department.  Due to a substantial and life threatening (at the time) injury sustained to Subject #1 and with scant details known, the Mercer County Prosecutor’s Office Homicide Task Force was requested.

An exhaustive investigation led by Detective C. Van Ness of West Windsor Police Department with members of the WWPD Patrol Division & Detective Bureau, Plainsboro Township Police Department, Robbinsville Township Police Department, and the Mercer County Homicide Task Force revealed the following:  Accused #1 and Victim #1 had been negotiating a narcotics transaction for numerous THC Cartridges.  These (2) agreed to meet in the parking lot at The Mews that evening.  The (3) Accused arrived together with Accused #1 as the narcotics deal negotiator, Accused #2 as his immediate backup, and Accused #3 as the wheelman.  Accused #1 entered into a Vehicle, a minivan, operated by Victim #2, and occupied by Victims #1 (seated in the very rear row with the illicit merchandise), #3, &  #4.  Accused #2 stood nearby the victims’ Vehicle while Accused #3 waited in their parked Vehicle.  Negotiations broke down inside the minivan and Accused #1 began punching Victim #1.  Accused #2 attempted to enter the Victims’ Vehicle.  Accused #2 punched Victim #3 (who was attempting to assist Victim #1) thru a lowered passenger side rear window.  Accused #2 tried dragging Victim #2 out of the Vehicle by his arm through an opened rear passenger sliding door.  Accused #2 lost his grasp on Victim #3 and went around to the driver’s side in an attempt to physically remove Victim #4 from the Vehicle by dragging him by his legs.  Victim #3 helped pull Victim #4 back into the Vehicle.  Victim #2 exited the vehicle to confront Accused #2 and was repeatedly pistol whipped in the head with a gun by Accused #2.  Victim #2 re-entered the Vehicle and drove it from the scene in an attempt to end the assault while providing safety for the occupants.  Accused #1 apparently jumped from the Vehicle in an attempt to exit and sustained a severe head injury.

Initially, Accused #1’s injury was considered life threatening, however, he has survived the injury from this incident.  Victim #2 received lacerations from the pistol whipping while injuries to all others were considered minor.  It should be noted that the Glock G19 REPLICA BB Gun (Orange Tip Removed) and very closely mimicked a Glock 19 black handgun.  The identities of all are being withheld at this time due to injuries sustained and the involvement of Juveniles.  Accused #1 was Charged with Robbery while Accused #2 was Charged with Robbery, Possession of a Weapon for Unlawful Purposes & Unlawful Possession of a Weapon and Accused #3 was Charged with Liability for Conduct of Another (Robbery).

The Investigation was very extensive after beginning with very little information and such a major injury sustained.  Our Patrol Division and Detective Bureau worked seamlessly together.  Chief Garofalo wanted to personally thank the Mercer County Prosecutor’s Office, the Homicide Task Force, the Plainsboro Township PD, and the Robbinsville Township PD for their professionalism & essential assistance.  We could not have completed this intricate & detailed investigation without the help of those agencies, our “central nervous system”, the Communications Center, and “the backbone of any Police Department”, our Patrol Division.

3) Possession of a Weapon for Unlawful Purposes

4) Unlawful Possession of a Weapon

5) Liability for Conduct of Another (Robbery)