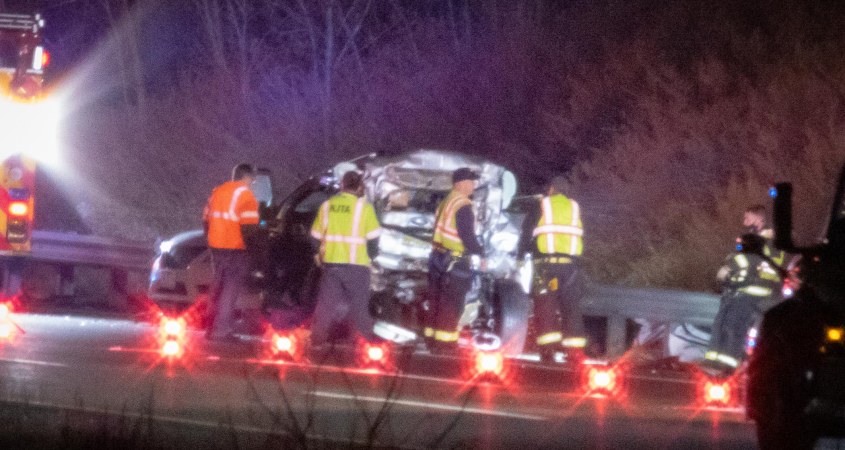 UPDATE: NJ State Police Sgt. Philip Curry from the NJSP Public Information Bureau told MidJersey.news that the crash scene was still active but was able to give some details. The accident occurred at 5:45pm at MP 57.7 southbound on the outer roadway.  It appears that it was involving three vehicles.  Two occupants from one of the vehicles needed to be extricated and were transported to area hospitals with non-life threatening injuries. Another driver was arrested for suspicion of DUI and was found to be in possession of marijuana. That is all the information available at this time.

HAMILTON TOWNSHIP, NJ (MERCER)–Around 5:45 pm, the Robbinsville and Bordentown Township Fire Departments, Robbinsville FD EMS, Capital Health Paramedics, and RWJ EMS were dispatched to the NJ Turnpike for a serious crash at 57.7 South Bound. It appears that a tractor-trailer hit two vehicles, entrapping two in one of the vehicles in the outer lanes. Bordentown and Robbinsville firefighters arrived on scene and started extricating the trapped occupants. Mutual aid was called from Hamilton Township Fire Department for additional assistance. Once extricated, Robbinsville FD EMS and RWJ EMS transported the two patients to the Trauma Center at Capital Health Regional Medical Center. NJ State Police are investigating the crash.