“USS Cheyenne has a storied legacy in the submarine force,” said Gonser. “Sailors are rightfully proud to join that tradition. When I took command, I challenged the crew to make those who came before us, who built that legacy, proud of us. For the past 41 months, this crew did just that. I am humbled and awed to call each and every one of them a shipmate.”

Under Gonser’s command, Cheyenne completed two Western Pacific deployments, in which they conducted five missions vital to national security and five exercises that expanded undersea warfighting experimentation. Cheyenne received the Battle Excellence (“E”) Award in 2020, the Navigation (“N”) Award in 2018, 2019, and 2020, and the Retention Excellence Award in 2018 and 2019. Over 150 submariners earned their Submarine Warfare designators with Gonser at the helm.

“Thank you for staying positive and connected through a schedule that would have been challenging even if COVID-19 did not exist,” said Gonser. “While I cannot discuss the nature of the operations, these Sailors helped preserve our national defense for today while building the next generation of undersea warriors.”

Gonser is going to the Office of the Secretary of Defense for Policy at the Pentagon.

Capt. Michael Majewski, commodore, Submarine Squadron 7, presided over the small ceremony, consisting only of essential personnel due to COVID-19 mitigations and safety procedures in place.

“Cheyenne has been my go to boat since I became commodore of Squadron 7 last year, but she was the go to boat long before that,” said Majewski. “She is the most capable 688 in the fleet and has proven it time and again with her performance.”

Bell comes from the Office of the Secretary of Defense for Policy.

“The Cheyenne is well known in the submarine force as a command where Sailors want to be, and has recently been recognized for continued excellence,” said Bell. “I look forward to becoming a part of the legend.”

Cheyenne was commissioned Sept. 13, 1996 and is the third ship to be named after Cheyenne, Wyoming in the United States Navy. Measuring 360 feet long and displacing more than 6,900 tons, Cheyenne has a crew of approximately 140 Sailors. Cheyenne is capable of supporting various missions, including anti-submarine warfare, anti-surface ship warfare, strike warfare, and intelligence, surveillance, and reconnaissance.

Playing the lottery is a form of entertainment and so players are urged to keep in mind the importance of playing responsibly. Please remember to stay safe and socially distant if you choose to purchase lottery tickets and be sure to wear a mask and wash your hands.

Friday’s $520 million Mega Millions drawing will be held at 11:00 pm. All New Jersey Lottery Mega Millions tickets must be purchased before 10:45 pm to participate in the drawing.

In December 2020, law enforcement officers interviewed Osinski after receiving information from the National Center for Missing and Exploited Children that images of child sexual abuse were shared from an IP address assigned to Osinski’s residence. During and after the interview, law enforcement officers lawfully reviewed the contents of Osinski’s cell phone, which contained numerous images and videos of child sexual abuse. Additional investigation revealed the existence of links and folders on a cloud storage website controlled by Osinski that Osinski transmitted to others using a social media application on his cell phone. These links and folders contained numerous images and videos of child sexual abuse, including materials that depicted prepubescent children and sadomasochistic conduct.

Acting U.S. Attorney Honig credited special agents of the Department of Homeland Security, Homeland Security Investigations, Cherry Hill Office, under the direction of Special Agent in Charge Jason J. Molina, and the Camden County Prosecutor’s Office High Tech Crimes Unit, under the direction of Acting Prosecutor Jill S. Mayer, with the investigation leading to today’s charge. She also thanked the Department of the Air Force, Office of Special Investigations, for its assistance.

The government is represented by Assistant U.S. Attorney Jeffrey Bender of the Camden Office.

The charge and allegations contained in the complaint are merely accusations, and the defendant is presumed innocent unless and until proven guilty.

TRENTON, NJ (MERCER)–NEW BRUNSWICK, NJ (MIDDLESEX)–Attorney General Gurbir S. Grewal announced that a former meter reader for the New Brunswick Water Department has been sentenced to state prison for participating in a scheme with two other former water department employees to reduce the water and sewer bills of numerous customers in return for bribes.

Guillermo Quinones, 51, of Somerset, N.J., was sentenced yesterday, Jan. 21, to five years in state prison by Superior Court Judge Robert Kirsch in Union County. He pleaded guilty on Feb. 14, 2020 to official misconduct. Quinones forfeited his job with the water department and is permanently barred from public employment in New Jersey.

Two other former employees of the New Brunswick Water Department who participated in the scheme with Quinones previously pleaded guilty to official misconduct. Joseph DeBonis, 58, of Toms River, N.J., a former senior account clerk, and William Ortiz, 59, of North Brunswick, N.J., a former meter reader, were each sentenced to five years in prison by Judge Kirsch on Oct. 4, 2019.

Deputy Attorney General Samantha Keleher represented the Office of Public Integrity and Accountability at the sentencing hearing for Quinones.  She prosecuted Quinones, DeBonis and Ortiz with former Deputy Attorney General Anthony Robinson, under the supervision of Corruption Bureau Chief Peter Lee and Counsel to the Director Anthony Picione. The defendants were charged in an investigation by the Office of Public Integrity and Accountability (OPIA).

“The prison sentences we have secured in this case reflect our resolve to investigate and aggressively prosecute public employees who unlawfully use their positions for personal gain,” said Attorney General Grewal. “We now have secured five-year prison sentences for three water department employees who corruptly profited at the expense of the City of New Brunswick and its residents. These prosecutions should deter other government employees who might consider betraying the trust placed in them by the public.”

“One of our primary missions in OPIA is to ensure that government employees who break the law and corruptly exploit their public positions are held accountable,” said OPIA Director Thomas Eicher.  “Quinones and the other two water department employees we sent to prison took bribes from dozens of customers in return for falsely and dramatically reducing water and sewer bills. Their criminal conduct cost the city hundreds of thousands of dollars.”

In addition to the three defendants employed by the water department, 11 residents were charged with allegedly paying cash to have their water and sewer bills reduced.  One resident pleaded guilty to a charge of unlawful benefit to a public servant for official behavior and was sentenced to probation.  The other 10 were charged with theft by unlawful taking and admitted into the Pre-Trial Intervention program on the condition that they pay full restitution.

Quinones, Ortiz and DeBonis illegally reduced water and sewer bills for roughly 50 different properties over a period of several years in return for bribes totaling approximately $20,000.  Quinones and Ortiz would solicit bribes from customers and then arrange for bill reductions through DeBonis, who had access as a senior account clerk to the city’s water and sewer database. After Quinones and Ortiz received bribes, they provided DeBonis with information about the customer’s properties, and DeBonis modified the customer’s water and sewer bills to dramatically reduce the charges.  Fees were reduced at times by as much as 90 percent. DeBonis took a share of the bribe payments in return for falsifying the bills.

Attorney General Grewal created the Office of Public Integrity and Accountability in September 2018 to combat corruption and strengthen public confidence in government institutions. In December 2019, the Attorney General issued a directive codifying OPIA and making it a permanent part of the Attorney General’s Office. That directive established the OPIA Corruption Bureau as the lead office within the Department of Law & Public Safety for the investigation and prosecution of state criminal violations involving corruption and abuse of public trust.

OPIA has a toll-free Tipline 1-844-OPIA-TIPS for the public to report corruption.  The AG’s Office has an Anti-Corruption Reward Program that offers a reward of up to $25,000 for tips leading to a conviction for a crime involving public corruption. Information is posted at: http://nj.gov/oag/corruption/reward.html. 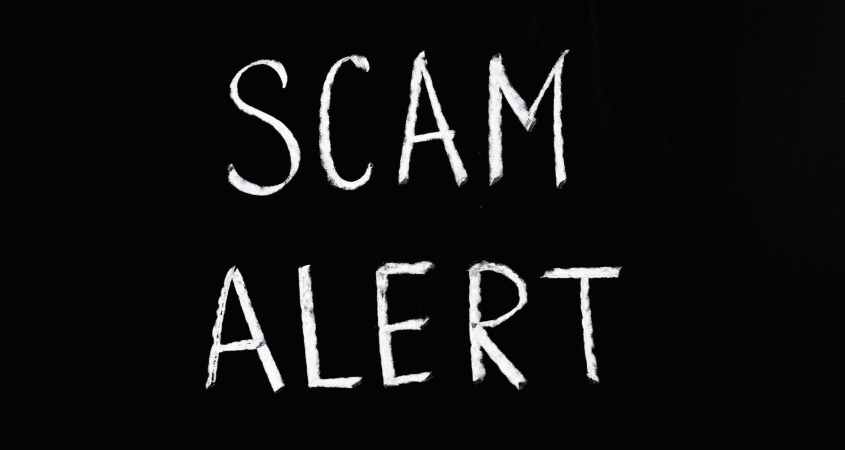