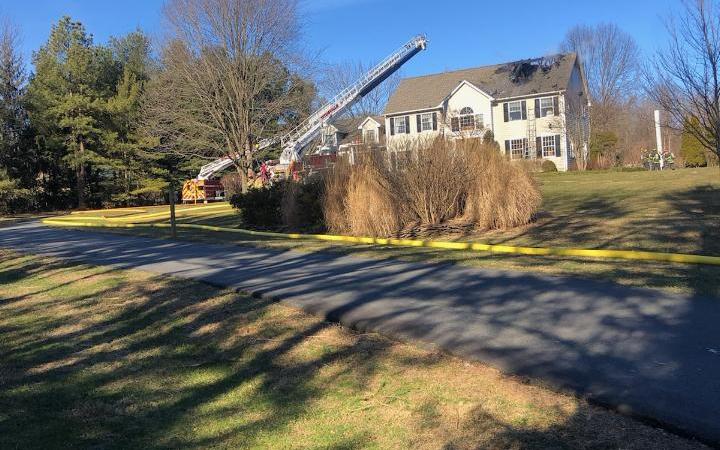 HOPEWELL TOWNSHIP, NJ (MERCER)–Around 9:40 am Hopewell Township along with several other area fire departments were dispatched to the 400 Block of Lambertville Hopewell Road for a house fire. The first arriving fire officer on scene reported smoke from the structure calling for a 1st alarm and a 2nd Alarm tanker task force was called to the scene. This is remote a non-fire hydrant area and water needs to be trucked in by tankers.

There were reports of advancing a 2 1/2 inch line to the second floor along with other hand lines. The fire was under control by 10:17 am. A witness photo provided from the driveway and the street shows that fire was though the roof at one point during the fire and it appears that the majority of the home was saved.

Departments from Mercer, Hunterdon and Middlesex responded to the scene of the fire.

This is a breaking news story from radio reports and witnesses on scene once official information is received the story will be updated and any additions and corrections made.