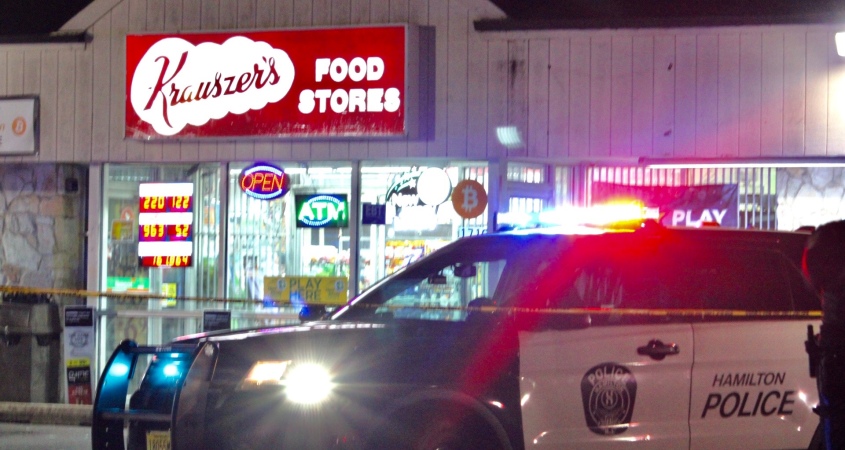 We have another update. Check it out. UPDATE: Trenton man charged with attempted murder of federal agent after officer involved shooting

It occurred around 9:00 pm in the parking lot of Krauszer’s Food Store on Greenwood Avenue. It took place during a federal investigation with the Federal Bureau of Investigation (FBI) and the Bureau of Alcohol, Tobacco, Firearms, and Explosives (ATF).

Preliminary investigation suggests a suspect entered a vehicle with an undercover officer. The suspect engaged in an altercation with the two federal officers, and at some point, an officer’s weapon was discharged. The suspect, identified as a Trenton man in his 20s, fled the scene on foot.

The suspect ended up at the Trauma Center at Capital Health Regional Medical Center suffering from a gunshot wound, where he is currently listed in critical but stable condition.

The shooting is currently under investigation by the Mercer County Homicide Task Force at the direction of the New Jersey Office of the Attorney General.

Sources also tell MidJersey.news that the male went to the Krauszer’s to purchase a firearm illegally, and shots were fired. After the shots were fired, the suspect fled the scene and got into a vehicle with New York plates, which was occupied by two other subjects.

The sources added that Trenton Police have the hospitalized suspect and the two other subjects in custody at this time.

This remains a developing story.

2 thoughts on “UPDATE: One injured in officer-involved shooting during multi-agency investigation”