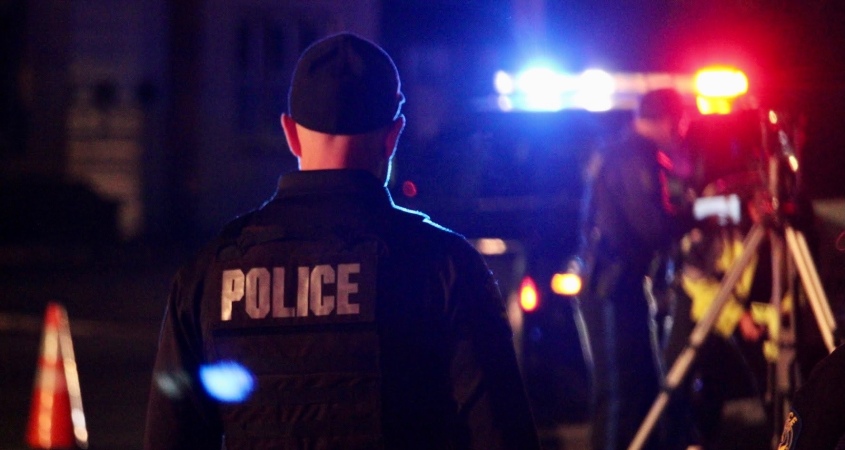 TRENTON– As distracted driving continues to claim more lives on New Jersey roadways than any other risky driving behavior, Attorney General Gurbir S. Grewal and the Division of Highway Traffic Safety (“HTS”) today announced the launch of a statewide public awareness campaign aimed at providing motorists with good reasons to give the road their undivided attention.

The “Take Control Of Your Destiny” campaign – and its slogan “You Have Places to Go. Don’t Drive Distracted.” – will begin appearing this month in digital ads throughout the state, as well as on the internet and Pandora Radio. The ads feature images of colorfully decorated steering wheels that remind drivers what is uniquely important to them and sends a message that maintaining focus on the road ahead means they will ultimately get to where they are really going in life.

The campaign launch coincides with the kickoff of April’s National Distracted Driving Awareness month, a time when states across the country join together to raise awareness of the dangers of risky behind-the-wheel behaviors like texting, chatting on hand held cell phones, eating, and applying make-up.

“Driver inattention is the leading cause of traffic fatalities in New Jersey and we’re working to change that behavior through a public awareness campaign that uses the power of positive messaging,” said Attorney General Grewal. “We’re reminding people what’s at stake every time they get behind the wheel. We want drivers of all ages to realize that their plans and dreams for the future depend on making safe choices here and now.”

According to New Jersey State Police statistics, distracted driving was to blame for more than a quarter of the fatal crashes that occurred in New Jersey from 2015 through 2019, claiming the lives of 730 drivers, passengers, pedestrians, and bicyclists. During that same five-year period, more than half of all crashes in the state– both fatal and non-fatal – involved a distracted driver.

While distracted driving crashes declined for the third straight year in 2019, they still outpaced those caused by any other risky behaviors, including speeding or driving under the influence of drugs or alcohol.

“The real tragedy of distracting driving fatalities is that they are so easily preventable. All it takes is for drivers to keep their minds on their driving and their hands on the wheel,” said Eric Heitmann, Director of the Division of Highway Traffic Safety. “Our campaign encourages drivers to put down the phone and focus on the important matter of what lies ahead – literally and figuratively. In doing so, they will be taking control of their own destinies and protecting those of all others on the road.”

In addition to digital messaging on display in rest stops along the NJ Turnpike and Garden State Parkway, and in select supermarkets across the state, the campaign includes a digital toolkit of resources available in English and Spanish on the Division’s “Take Control Of Your Destiny” webpage. The resources, including shareable graphics, informational palm cards, and a Distracted Driving fact sheet, are meant to be shared widely across the state to spread the campaign message and promote safer driving habits.

Starting today, law enforcement agencies throughout the state will join agencies across the country in a three-week high-visibility enforcement campaign targeting drivers who are texting, talking on hand-held cell phones, or engaging in similarly risky behaviors that distract their attention from the road. The campaign will run through April 30, 2021.

New Jersey is one of only eight states nationwide to qualify for and receive grant funding from NHTSA to combat distracted driving.

The funding New Jersey received for fiscal year 2021 has allowed the Division to award more than $1.2 million in overtime enforcement grants to 183 law enforcement agencies statewide for this month’s campaign. The money helps agencies pay for additional officers on the road, distracted driving checkpoints, and other enforcement initiatives during the “U Drive. U Text. U Pay.” campaign.

All New Jersey police departments are invited to take part in the campaign, whether they received grant funding or not.

HTS has also commissioned a study on distracted driving through the Center for Research and Education in Advanced Transportation Engineering Systems (CREATEs) at Rowan University that looks beyond crash statistics to provide a more fulsome picture of the problem in New Jersey.

The results of the study, expected to be completed by the end of the year, will be used to develop recommendations and strategies for addressing and mitigating distracted driving through enforcement and education.

To learn more about the Take Control Of Your Destiny campaign, go to the HTS website at NJSaferoads.com/destiny.