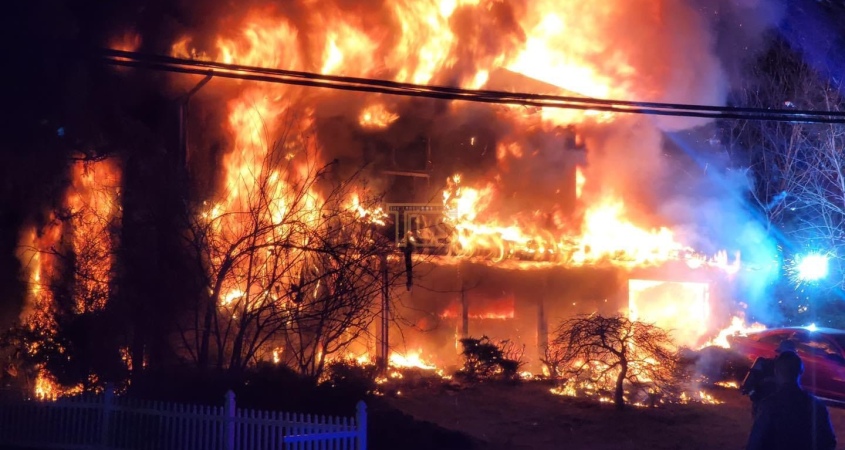 Upon arrival, emergency personnel found the structure to be fully engulfed by flames. Firefighters located the body of an 82 year-old female in the downstairs portion of the residence. She was pronounced deceased at the scene. A second victim jumped from the second story of the residence to escape the fire and received minor injuries. A pet dog has not yet been accounted for. A Jackson Township Police Officer was treated at the scene for smoke inhalation. A second Jackson Township Police Officer was transported to Monmouth Medical Center-Southern Campus in Lakewood, treated for minor injuries, and released.