TRENTON, NJ (MERCER)–Around 1:50 pm the Trenton Fire Department responded to 99 Hillcrest Avenue for a well involved house fire. Upon arrival heavy fire and smoke could be seen emanating from the structure and an “All Hands” was called for sending additional units for a full first alarm. Trenton firefighters laddered the building and stretched multiple handlines and brought the fire quickly under control. Firefighters are on scene at the time of this report and still working at the fire.

This is a breaking story, please check back for further information including more photos and video.

Make a one-time donation to MidJersey.news

Make a monthly donation to MidJersey.news

After starting the homebound yesterday that uses the J&J Vaccine, the program had to be paused until alternate plans are made. See yesterday’s story here

TRENTON, NJ (MERCER)–Mayor W. Reed Gusciora today announced that the City of Trenton Department of Health and Human Services has followed guidance issued just this morning by the U.S. Centers for Disease Control and Prevention (CDC), the U. S. Food and Drug Administration (FDA), and the N.J. Department of Health to pause any use of the Johnson & Johnson single-dose COVID-19 vaccine.

According to the N.J. Department of Health, the CDC and the FDA are reviewing the data involving six reported cases – among nearly seven million doses administered in the U.S. – in women between the ages of 18 and 48 who received the Johnson & Johnson vaccine. Symptoms occurred six to 13 days after vaccination. In these cases, a type of blood clot called cerebral venous sinus thrombosis was seen in combination with low levels of blood platelets.

Both the CDC and FDA have said that these adverse events are extremely rare. According to the FDA and CDC, individuals who have received the vaccine and develop abdominal pain, leg pain, shortness of breath, severe headache or other unusual symptoms within three weeks after vaccination should contact their health care provider.

The City of Trenton has issued approximately 3,000 Johnson & Johnson vaccines. Most of these vaccines were administered during the joint federal, state, and city vaccine clinic that concluded two weeks ago. The City has not received any reports that those vaccinations have resulted in the same adverse effects referenced above. However, City health officers will review their records and contact any individuals who fit the demographics mentioned in today’s federal guidance.

Due to this development, the City’s homebound resident vaccination program – which uses the Johnson & Johnson single-dose vaccine because it is easier to transport and requires only one appointment – will be paused until further notice. City health officers will be in constant contact with the approximately 100 individuals who have just been vaccinated as part of this campaign. The City is also evaluating alternative plans, including the use of other types of vaccines, to still get this vulnerable population protected from COVID-19.

Trenton will continue to administer its weekly allotment of Moderna Vaccines.

Any Trenton residents who have received the Johnson & Johnson vaccine, either during the homebound campaign that started yesterday or the clinic at Trenton Central High School two weeks ago, can call 609-815-2180 with any questions. As per the CDC guidance, any individual who received the Johnson & Johnson vaccine and experiences abdominal pain, leg pain, shortness of breath, severe headache or other unusual symptoms within three weeks after vaccination should contact their health care provider.

TRENTON, NJ (MERCER)–At 7:54 am, Trenton Police Officers responded to the area of Eisenhower Ave and Coolidge Avenue after receiving reports of shots fired.  When Police arrived on scene, the officers discovered a victim of the shooting inside of a crashed car.  The victim, an adult male, was struck by several bullets while he was driving.  The victim then crashed the car and was found by officers.

Trenton Fire Department and Trenton EMS treated the victim, who was transported to The Trauma Center at Capital Health Regional Medical Center in critical condition. The man is expected to survive. One source said It was reported that the victim was shot in the chest.

The scene showed a vehicle riddled with bullet holes with at least four bullet holes in the front windshield.

Trenton Police Detective Captain Peter Weremijenko stated that the investigation is in the very early stages.

Information provided above is from a combination of official information along with witnesses and on scene reporting. As the investigation progresses and more information is released the story will be updated. 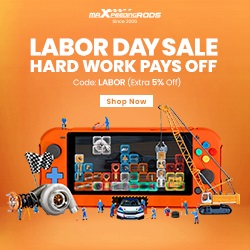 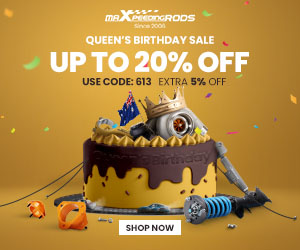 On April 12, 2021, at approximately 3:00 p.m., Berkeley Township Police Officers responded to a residence on Third Avenue following a 911 call reporting shots having been fired in the area. Responding Officers found a 29 year-old male victim with a bullet fragment in his face. The victim was transported to Community Medical Center in Toms River, where he was treated for his injuries and released.

Prosecutor Billhimer and Chief DiMichele stress that this is an active and ongoing investigation. Anyone in possession of information concerning this investigation is urged to contact Detective Denis Mitchell of the Ocean County Prosecutor’s Office Major Crime Unit at 732-929-2027, extension 2476, or Detective Michael Riccardelli of the Berkeley Township Police Department at 732-341-1132, extension 2153

TRENTON, NJ (MERCER)–Out of an abundance of caution and following the guidance of the U.S. Centers for Disease Control and Prevention (CDC) and the U. S. Food and Drug Administration (FDA), the New Jersey Department of Health this morning paused the administration of the Johnson & Johnson (Janssen) vaccine across all vaccination sites in the state.

The CDC and the FDA are reviewing the data involving six reported cases—among nearly 7 million doses administered in the U.S.—in women between the ages of 18 and 48 who received the J&J vaccine. Symptoms occurred 6 to 13 days after vaccination. In these cases, a type of blood clot called cerebral venous sinus thrombosis was seen in combination with low levels of blood platelets. Both the CDC and FDA have said that these adverse events are extremely rare. According to the FDA and CDC, individuals who have received the vaccine and develop abdominal pain, leg pain, shortness of breath, severe headache or other unusual symptoms within three weeks after vaccination should contact their health care provider.

The Department will await further guidance from the federal government. The federal Advisory Committee on Immunization Practices (ACIP) is scheduled to hold an emergency meeting tomorrow to discuss these adverse events and make recommendations to the CDC on how to proceed.

As families across the country are struggling financially in the wake of the pandemic, from unemployment to career shifts to a reduction in income, the EVERFI Financial Literacy Bee provides an opportunity for students to learn the critical importance of saving and budgeting for short-term and long-term financial goals.

The virtual challenge, created by social impact education innovator EVERFI, and supported by leading financial institutions nationwide, features four short digital lessons followed by a capstone essay contest in which students ages 13-18 in the United States and Canada share a short-term or long-term savings goal and outline their plan to achieve that goal. Winners of the EVERFI Financial Literacy Bee will receive a total of $20,000 in college scholarships.

“In these times of financial uncertainty for many Americans, First Bank is especially committed to engaging its communities, increasing financial literacy, and driving impactful change,” said Patrick L. Ryan, First Bank President and CEO. “We are proud to be supporting parents and students at this time through the Financial Literacy Bee and hope it will help drive dinner-table conversations about important financial topics.”

By competing in the challenge, participating students will gain new skills to create a personalized financial decision-making framework that they can apply to their lives now and in the future. Topics include how to save, set financial goals, budget, and invest.

“The pandemic has shone a bright light on the financial vulnerability of most Americans, with 40 percent of American consumers reporting that they had trouble paying at least one bill or expense in 2020,” said Ray Martinez, co-founder and president, EVERFI. “We’ve always been committed to helping students increase their financial literacy, and during this historic time, we are also working to help parents feel more comfortable having dinner-table conversations about money. The Financial Literacy Bee is a fun way for students to learn important strategies to increase savings.”

In addition to supporting the EVERFI Financial Literacy Bee, First Bank works with EVERFI to provide schools-based financial education to elementary, middle, and high schools across their New Jersey and Pennsylvania communities.