EWING TOWNSHIP, NJ (MERCER)–Yesterday April 17, 2021 at 1:46 pm, a 9-1-1 call was received from a citizen reporting multiple gun shots on the 200 block of Weber Avenue. A responding patrol officer located the uninjured victim on Homecrest Avenue after the victim ran from Weber Avenue. Other responding patrol units located the victim’s vehicle (on the 200 block of Weber Avenue) with shattered glass and what appeared to be bullet holes on the vehicle. A crime scene was established by the patrol division and the investigation is ongoing by the Ewing Police Department’s Criminal Investigation’s Bureau. There were no reported injuries from this incident. The suspect is described as a tall male, wearing a black face covering, a black head covering, a green jacket and black pants. Anyone with any information concerning this incident is asked to contact Detective Kenneth Vagnozzi at (609) 882-1313 or the tip line at (609) 882-7530 (Please note: this tip line should not be used to report crimes in progress or emergencies that require immediate response).

POINT PLESANT, NJ (OCEAN)–Around 1:40 pm the Point Pleasant Beach Fire Department was dispatched for a smoke condition at the Point Beach Apartments next to the Ark Bar & Grill on Route 35.

Upon arrival the chief reported smoke coming from the 2nd floor of a garden style apartment building. The assignment was upgraded to a full first alarm sending additional fire units to the scene.

Fire quickly spread though the apartment and up into the roof area. Heavy fire was seen venting from windows until firefighters were able to force the door and put two hand lines in service to knock the fire down.

Firefighters searched for occupants but no one was home at the time of the fire. Point Pleasant Stations 40, 42 and squad 34 from Point Beach. Station 75 for the FAST TEAM. Along with squad 35.

The cause of the fire is unknown and currently under investigation. No further information is available at this time.

ROBBINSVILLE, NJ (MERCER)–The Robbinsville Township Fire Department responded to a car fire on the NJ Turnpike west bound between Exit 6 and Exit 7 at 7:57 pm. Firefighters arrived and extinguished the car fire quickly. Traffic was backed up temporarily for about a mile in the west bound direction. No further information is available.

HAMILTON TOWNSHIP, NJ (MERCER)–The Robbinsville Township Fire Department, EMS and Capital Health Paramedics were dispatched to the NJ Turnpike South Bound at the Richard Stockton 6S Service Area Ramp for a motorcycle accident at 2:53 pm. Upon arrival Fire and EMS found one minor injury that was treated at the scene. It was reported a car hit a motorcycle on the rest area ramp. No further information is available. 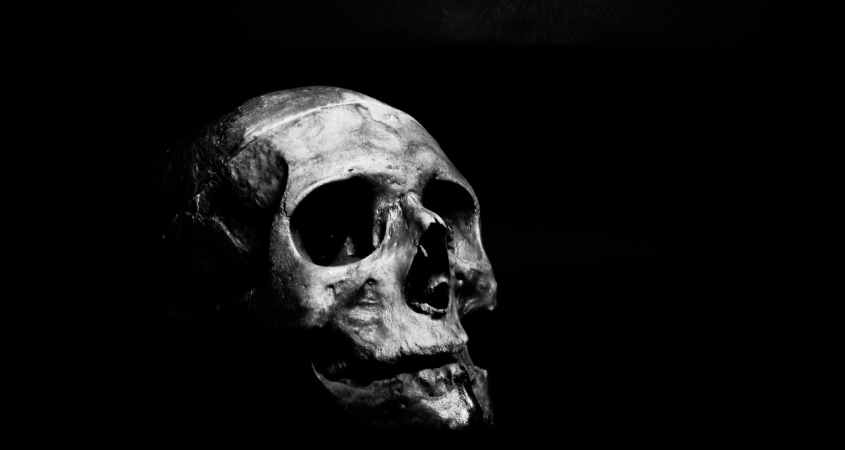 Sgt. Philip Curry of the New Jersey State Police, Public Information Unit told MidJersey.news “NJSP detectives responded to the report of recovered human remains in Allaire State Park.  An analysis of the remains determined that they were fake and not actual human remains.”

Another source told MidJersey.news that the remains could have been a realistic discarded Halloween decoration. 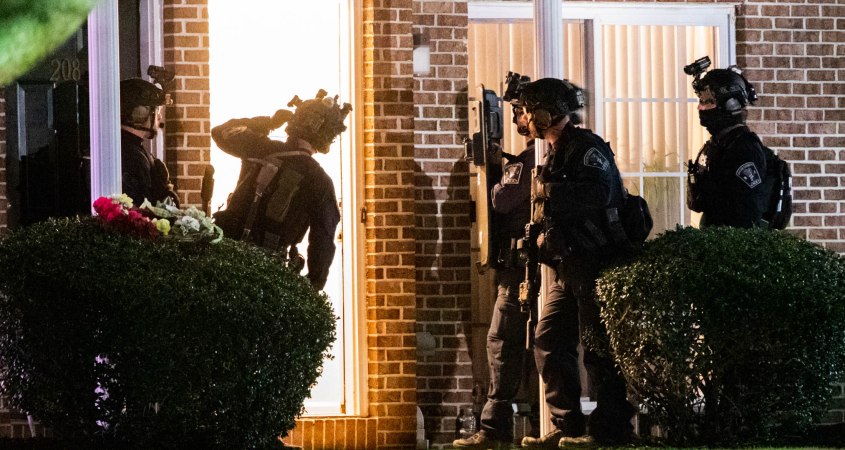 LAKEWOOD, NJ (OCEAN)–Last evening on April 17, 2021, at approximately 7:10pm Officers Joseph Rusk and Matthew McAvoy responded to Lisa Robyn Circle after receiving a report that a male and female were involved in a verbal altercation. Upon their initial arrival they did not find anyone in need of assistance. After multiple checks of the area, they were flagged down by 50 year old Kadiatu Sesay. Ms. Sesay told the officers that she and a friend were conversing in the living room of her Lisa Robyn Circle home when suddenly her 25 year old son, Stanley Williams came down from his upstairs bedroom and began acting erratically.

She then escorted Officers Rusk and McAvoy back to her home. Upon entering the home, Williams has already retreated to his bedroom. The Officers, as well as back up Officer Seehausen who was now on scene, ascended to the third floor where they identified themselves and as they knocked on the bedroom door they requested Williams to come out. According to the Officers, Williams swiftly opened the door and without notice, hesitation or warning began striking Officer McAvoy and Rusk about the face and head with what appeared to be a knife. He continued to advance towards them as they stood in the stairway. All three Officers sought cover but not before Officers Rusk and McAvoy sustained injuries to their face and head. At that time, the decision was made to exit the home to access their injury and seek treatment.

As additional units arrived, the exterior of the home was secured as they awaited the arrival of the Lakewood Police Department Special Response Team and Crisis Negotiator Sgt. Peter Aakjer. Sgt. Aakjer was able to establish contact with Mr. Williams in an effort to convince him to surrender. However, despite the intense and extensive conversation, Williams would not comply.

At approximately 2:30 am the Lakewood SRT, along with assistance from the Ocean County SWAT,  made entry into the home. As the team made their way through the home, they encountered Williams as he sat on the staircase, armed with what appeared to be a handgun. he immediately retreated to his room. Efforts were again made to have him surrender but all attempts were ignored. Once the tactical teams were in a safe position, Lt. Robert Shimonovich deployed pepper spray rounds through the third-floor bedroom window. A short time later, Mr. Williams emerged from his room, unarmed, and placed under arrest without incident.

After he was taken into custody, Officers located an approximately 12″ smooth edge knife that was used to strike Officers Rusk and McAvoy, as well as they firearm he possessed on the staircase. Upon further inspection of the weapon, it was determined to be a realistic looking pellet gun.

Several area SWAT teams assembled and arrived on scene. The man held a stand-off for 9 hours when police SWAT teams used pepper balls or other type chemical to help remove the disturbed barricaded man. The suspect was removed and placed in custody.

The two police officers that were cut and were transported to the hospital required stiches for their injures., The injured officers are reported to be in stable condition according to sources.

This is a breaking news report from on scene and witness reports. When we receive official information from the OCPO or Lakewood Police the story will be updated and any corrections made.

TRENTON, NJ (MERCER)-Yesterday around 11:54 am Trenton EMS arrived on scene of a SUV type vehicle into a tree at Bellevue and Prospect Street. The crew reported that the passenger was trapped in the vehicle and called Trenton Fire Department for an extrication as the vehicle crashed into the tree and the passenger could not get out on their own power. It was reported that two were injured in the crash and taken to Capital Health Regional Medical Center. Trenton Police Department is investigating the crash.