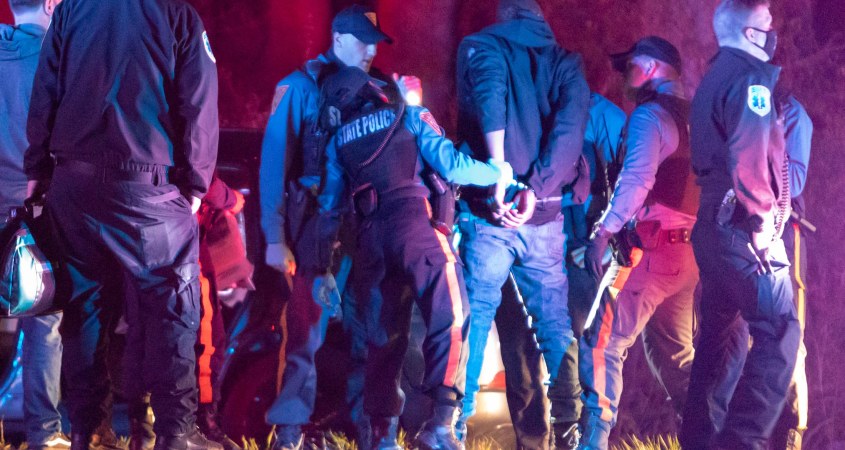 UPDATE HERE: OUT OF GAS: Trenton Man In Custody After Armed Carjacking In Morrisville, PA, Ends In Robbinsville, NJ

BREAKING NEWS REPORT: This is a breaking news report from radio reports, on scene information, and sources. Once official information is available, the post will be updated.

Trenton Police called the pursuit around 10:00 pm, after a reported carjacking in the city. State Police joined the chase once the suspect vehicle got onto I-195. The vehicle continued to flee Eastbound on I-195 to Route 537 in Jackson, where he turned back around and went Westbound. The suspect exited I-195 into Hamilton, where he fled down Klockner Road and got onto Route 130. The pursuit continued on Route 130 Northbound to South Brunswick, where the suspect then turned around again, going South on Route 130. The suspect was reported to be armed with a gun. The vehicle reached speeds of 130 miles per hour while running red lights, and reportedly crashed into a few State Police troop cars during the pursuit.

The chase finally came to an end at about 11:03 pm in front of the A&M Market on Route 130 in Robbinsville. One male was taken into custody and transported to the hospital.

This is a developing story. Check back for more info.

One thought on “Armed suspect leads multiple police agencies on high speed pursuit after carjacking in Trenton, ends in Robbinsville”