Help MidJersey.news bring you more of this type of coverage make a one-time donation here:

Help MidJersey.news bring you more of this type of coverage make a monthly donation here: 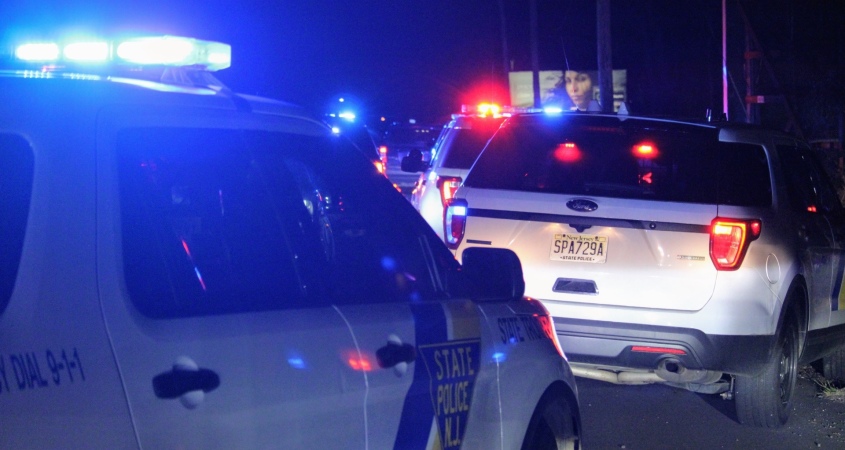 BELMAR BOROUGH (MONMOUTH)– A Trenton resident has been arrested after avoiding a DWI checkpoint while under the influence.

The New Jersey State Police have arrested Christopher Gosley, 33, of Trenton, N.J. after he attempted to evade a DWI checkpoint in Belmar Borough, Monmouth County.

On Sunday, May 2, at 1:28 a.m., troopers observed a Chevrolet Equinox allegedly attempt to avoid a DWI checkpoint by travelling outside of the orange traffic-coned lanes and travel southbound in the northbound lanes of State Highway 35. Trooper Ryker Toscano was able to stop the vehicle shortly after the incident.

During the stop, Trooper Toscanini determined that Gosley was under the influence of drugs and arrested him without incident. Further investigation revealed that Gosley was in possession of a handgun, a high capacity magazine, and drug paraphernalia.

Charges are mere accusations, and the accused is considered innocent until proven guilty. 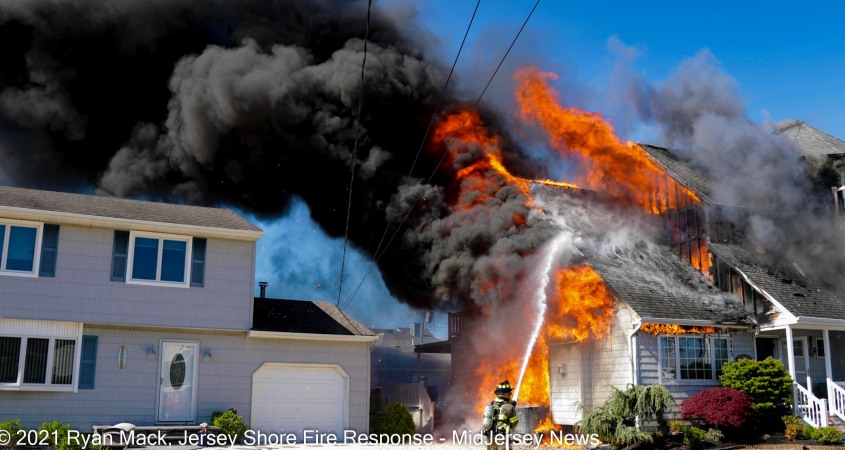 TOMS RIVER, NJ (OCEAN)–Toms River Police Department stated that On Thursday, May 6, 2021 at approximately 9:25 AM, multiple police and fire units were dispatched to Tamiami Drive in Chadwick Beach for a house fire.  The homeowners were able to get out of the house safely, and there is nothing suspicious at this time.  The incident remains under investigation and a full release will be available upon completion.

Around 9:27 AM Ocean County toned out Stations 27,44,45,69 & 26 for RIT with the OC Fire Coordinators to a working structure fire on the East side of Toms River (Chadwick Beach). Station 44 (seaside heights) was first due they quickly upgraded the working fire assignment to a 2nd alarm. Upon arrival they made a recuse for one resident that was still inside the home along with Toms River Police Department. They quickly stretched a line from the ladder truck and got to work while they figured out a water supply. The second truck in was TRFD East Dover and crews got to work fast as the fire started to pick back up. After hooking the hydrant they started to knock the fire that was now well involved in the 2nd and 3rd floor. TRFD Stations 25,26,28 & 29 were also on scene to provide RIT and more manpower. After the bulk of the fire was knocked they ran the master streams for a bit. After 15 mins the fire was completely knocked and overhaul started. The fire is under investigation at this time by the Toms River Fire Bureau.

TRENTON, NJ (MERCER)–A Monmouth County, New Jersey, business owner was sentenced today to 12 months and one day in prison for tax evasion and failure to pay the IRS over $540,000 in employment taxes, Acting U.S. Attorney Rachael A. Honig announced today.

Wilson Salas-Molina, 41, of Howell, New Jersey, previously pleaded guilty before U.S. District Judge Peter G. Sheridan to an information charging him with one count of payroll tax evasion and one count of failure to collect, account for, and pay over payroll taxes. Judge Sheridan imposed the sentence today in Trenton federal court.

According to documents filed in the case and statements made in court:

The government is represented by Assistant U.S. Attorney Courtney A. Howard of the U.S. Attorney’s Office Economic Crimes Unit in Newark. 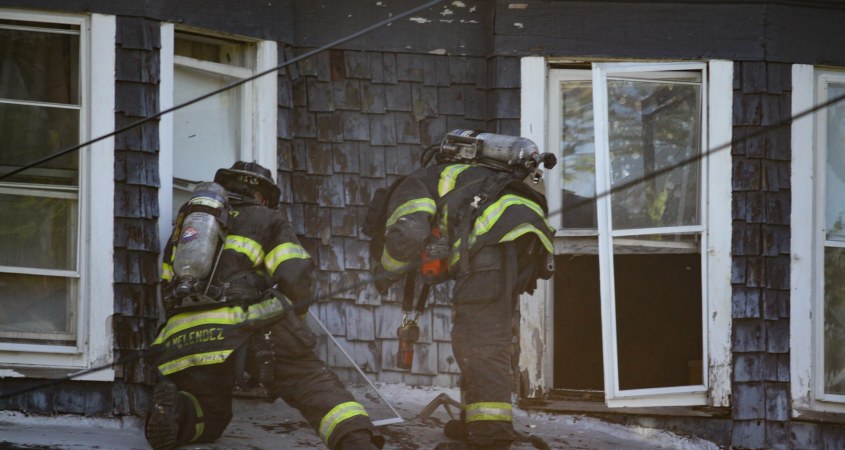 TRENTON, NJ (MERCER)–It is a busy morning for the Trenton Fire Department has responded to at least three separate working fires this morning and even a fire last night.

The first fire of the morning was reported around 6:50 am in the 1st Block of Peace Street. Trenton firefighters arriving on location reported a three story end of a row with light smoke showing. Firefighters stretched a handline line to the basement and extinguished the fire. The incident commander requested the fire marshal and housing department to respond. There were reports there was another fire at that address overnight.

Another fire was reported shortly after 8:00 am in the 900 Block of West State Street. Firefighters arriving reported a fire in the basement and an “all hands” was called for sending additional equipment to the scene. Firefighters were met with a basement fire that was extending to the first floor and multiple handlines were stretched to combat the fire. There were reports of two residents with smoke inhalation and one was transported to the hospital by Trenton EMS.

One of the neighbor from West State Street stated that the occupants were banging on the door and asked for her to call 9-1-1 and the Trenton Fire Department was on scene within one minute of her call.

The third today, fire was reported around 9:20 a.m. in the 1st Block of Handcock Street. The fire was in a 2 1/2 story home in the middle of a row was quickly knocked down by firefighters. There were reports of one person suffering smoke inhalation but it was unclear if the person was transported to the hospital.

Another fire was also reported last night, Trenton Fire Department responded to the 100 Block of Jackson Street with a fire reported 2nd floor bedroom fire. Trenton firefighters stretched two lines and knocked the fire down quickly. The fire chief called for the fire marshal for the investigation. It was reported that firefighters were able to keep fire spreading in the bedroom and the residents were able to stay in their home last night.

TRENTON, NJ (MERCER)–The Trenton Police Department has identified the man who died in the North Clinton Avenue Fire on May 3, 2021 as Wayne A Dekle, 64 last known address 89 Ewing St., Trenton.

Police said in a prior press release, On Monday, May 3, 2021, Trenton Police Sergeant Charles Fackenthall was on patrol when he noticed smoke coming from vacant houses at 426 and 428 N. Clinton Ave.  The Trenton Fire Department responded to extinguish the fire.  While doing so they recovered a deceased victim from 430 N. Clinton Ave, which by that point was also engulfed.

The vacant building has been demolished since the last update.

See story below for further information: 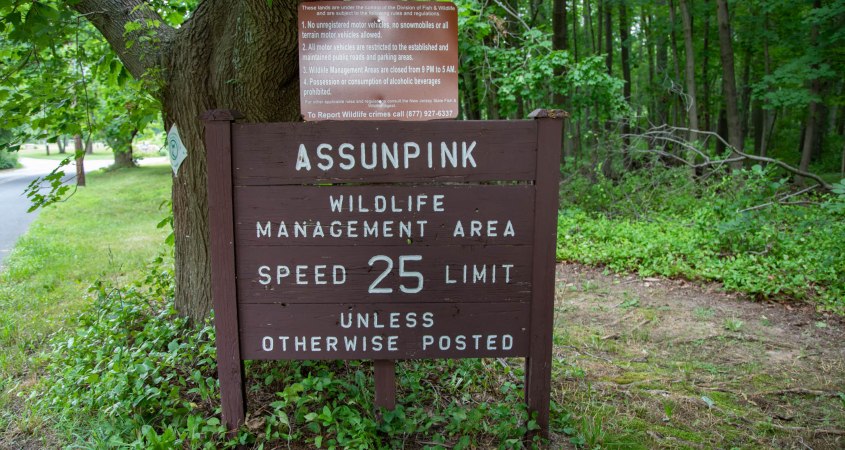 UPPER FREEHOLD, NJ (MONMOUTH)–There will be road repair/paving activity at the Assunpink Wildlife Management Area Tuesday, May 11 through Wednesday, May 19, 2021. There will be no road closures but traffic may be reduced to one lane. The Conservation Center parking lot will be closed one day for paving during the work period.