“This is the type of investigation where the capabilities of the Homicide Task Force are truly highlighted,” Prosecutor Onofri said.  “Having multi-jurisdictional personnel available to not only retrieve but review surveillance video and body-worn camera footage with such expediency is what allowed detectives to solve this murder the same night.”

Just before 6:30 p.m. on Thursday, April 29, 2021, Trenton police were dispatched to the 400 block of North Clinton Avenue on a report of a motor vehicle accident. Responding officers located Ramire Havery seated in the driver’s seat of a dark-colored Audi sedan that had crashed into two parked cars in the area of North Clinton Avenue and Poplar Street.  The Audi had multiple bullet holes in the rear and passenger side of the vehicle.  Harvey was transported to Capital Health Regional Medical Center where he was pronounced dead.

A crime scene was established and secured, and patrol officers located a shooting scene on Meade Street where 10 .40 caliber spent shell casings were discovered.

As part of the investigation conducted by the Mercer County Homicide Task Force, area video surveillance and body-worn camera footage were reviewed, and witnesses were interviewed.  Detectives received information that the shooter was Dion Duncan.

Surveillance video was obtained from the area that captured the shooting.  A review of the video depicted the victim arriving on Meade Street from North Clinton Avenue in an Audi.  Harvey made a U-turn and double parked in front of 15 Meade Street.  He exited his vehicle and began to speak with a male subject in the middle of the street.  While the two men were standing together, the shooting suspect walked from the front of the residence a few doors down and began to shoot at Harvey as he approached him.  As Harvey retreated to his vehicle, the suspect ran down Meade Street and into an alley.  Approximately 20 seconds later, the suspect returned and ran inside of a Meade Street residence.

Further review of surveillance video showed the suspect wearing a multicolored hooded sweatshirt, black pants, a yellow right shoe and a red left shoe approximately 12 minutes before the shooting.  A search warrant was executed at the Meade Street residence in which Duncan ran inside, where detectives located a multicolor Nike zip-up hoodie and a black do-rag hidden inside a kitchen cabinet.  A black, .40 caliber Glock Model 22 handgun was located on the rear porch of the residence, which is accessible from the alleyway alongside.

Review of body-worn camera footage from Trenton police officers who responded to Meade Street showed a black male leaving the Meade Street residence.  Although the man had changed his clothes and attempted to conceal his face while in front of the officers, he was later identified as Dion Duncan.  Upon leaving the area, the suspect crossed to the opposite side of Meade Street and continued in the direction of North Clinton Avenue.

The .40 caliber Glock handgun was confirmed stolen out of Griffin, Georgia. 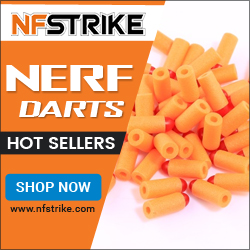 Help MidJersey.news continue to bring you this type of coverage with a one-time donation

Help MidJersey.news continue to bring you this type of coverage with a monthly donation