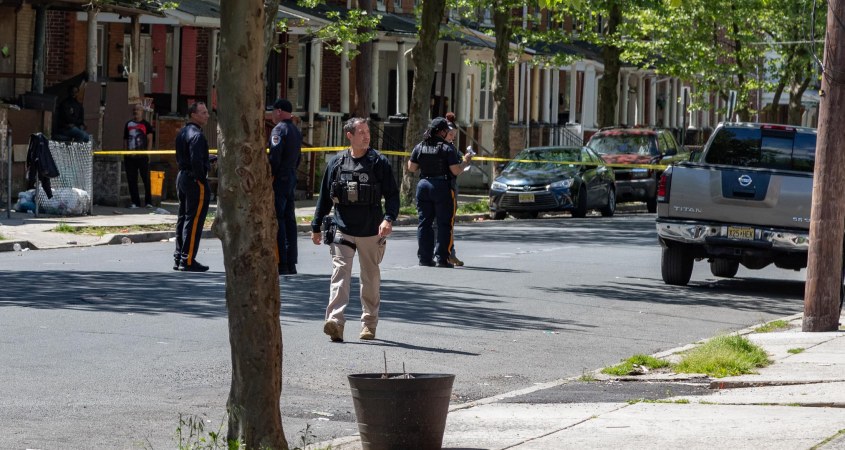 TRENTON, NJ (MERCER)–Just after 2:00 p.m. shots rang out in the 800 Block of Stuyvesant Avenue with reports of multiple people shot. Trenton Police Department, Trenton EMS and Capital Health Paramedics responded to the scene. Upon the arrival of the Police Department it was found that three victims were transported by private vehicle to the Trauma Center at Capital Health Regional Medical Center prior to the arrival of EMS.

The victims of the shooting arrived in a black vehicle and were rushed into the trauma center for treatment. Trenton Police had the area in front of the trauma center taped off for the investigation. Family members waited in the parking lot one of them holding a small child as they awaited to hear the status of their loved ones.

Trenton Police Department Detective Sergeant Cynthia Hargis confirmed that in the 800 block of Stuyvesant Avenue three male victims sustained gunshot wounds. The victims are being treated at a local hospital.  None of the injuries are fatal at this time. All the victims are in stable condition. The police department says investigation is active and further information may be available later.

Just a few days ago on Sunday May 9, 2021 multiple shootings riddled the city at least 2 people were shot on Spring Street including an Amazon driver. Currently residents say that their Amazon deliveries have been suspended in the area and their money has been refunded. No additional details have been made public in that shooting.

One thought on “3 More Shot In Trenton On Stuyvesant Ave”