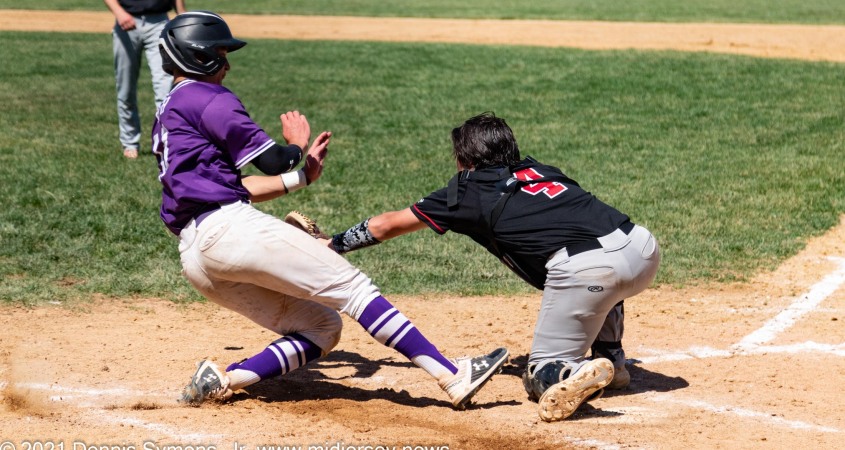 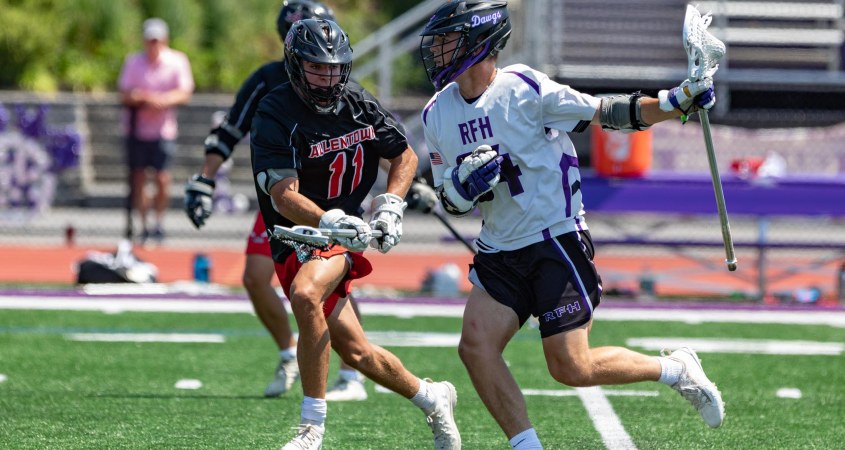 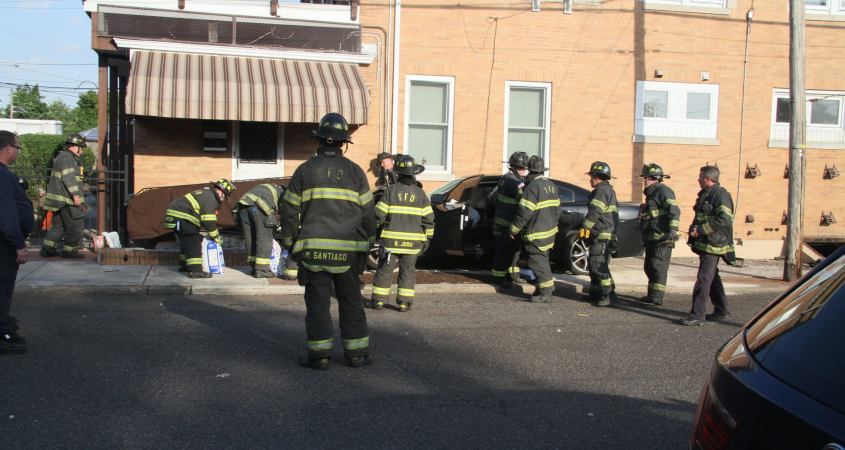 TRENTON, NJ (MERCER)–Around 6:15 p.m. the Trenton Fire Department, Trenton Police Department, Trenton EMS, and Capital Health Paramedics were all dispatched to the Wishie Washie Laundromat on Lalor Street for a car into a building. Councilman George Muschal owns the business and has a home there.

Councilman Muschal commented to OnScene News Photographer Brian McCarthy that when he called 9-1-1 the phone kept ringing with no answer. Muschal also commented that another agency Mercer County Central called him back.

Trenton Fire Department worked on a fuel spill from the car that struck the building. No serious injuries were reported in the crash.

Check back as we collect further information. 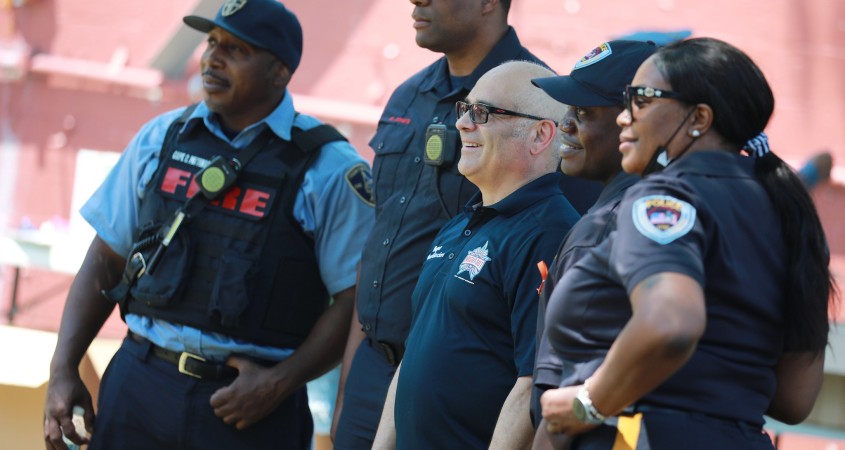 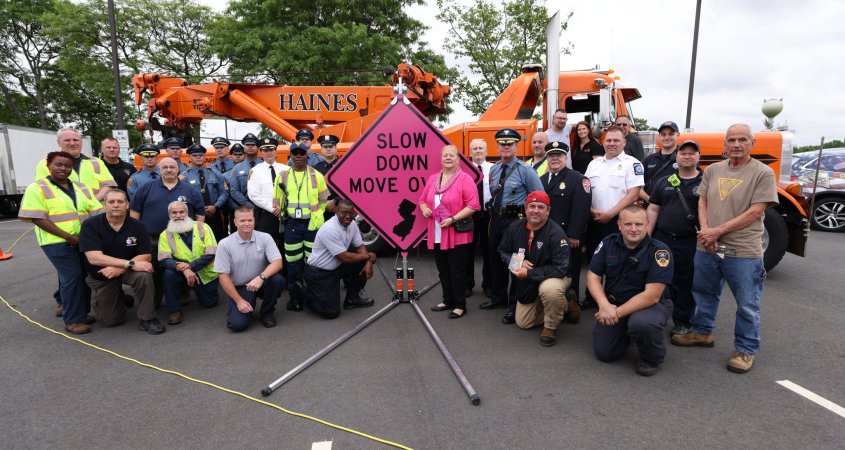 Officials want to remind you that when you see a stopped vehicle to “Slow Down, Move Over” it’s the law.

Diane Gutierrez-Scaccetti, NJDOT Commissioner said, ” At NJDOT we have a motto Everyone Goes Home Every Night, one way to ensure this is by making people aware of the Slow Down, Move Over law. We are here today to launch a campaign of public awareness, and drive home this lifesaving message. The campaign was designed to coincide with the busy summer driving season.”

The goal of this campaign is to reinforce the message so it becomes second nature to drivers, when you see a stopped vehicle, with emergency lights activated, on the side of the road, please move over, and if you cannot and it is not safe to move over, than please slow down.”

As part of this campaign Slow Down Move Over bumper stickers will be placed on NJ DOT and participating agencies vehicles across the state. The message will also be displayed on posters at 72 Quick Check stores and 67 gas stations in NJ. The NJ Department of Transportation will also be displaying the message on variable message signs and social media to spread awareness.

Colonel Patrick Callahan, New Jersey State Police recalled how when he was working the NJ Turnpike and when he was on the road at a traffic stop. One time he was issuing a summons and heard a car coming down the road and hitting the rumble strips, the driver woke up at the last second, swerved and the car took off mirror of his troop car. He says quite possibly if we had the Slow Down, Move Over Law back then it may have helped.

Fast-forward YouTube video to 12:30 for the start of the program.

NJSP Troop “C” Hamilton, 10th Anniversary Of When Trooper Was Struck By Passing Motorist On I-195

Marc K. Castellano was born on July 15, 1980 in Lakewood, New Jersey and lived in Jackson until he moved to Howell, New Jersey in 2004. He was a graduate of Jackson Memorial High School in 1998 and received a Jackson PBA scholarship that year. He received his associate’s degree from Ocean County College in 2000, a Bachelor of Science degree from Rutgers University in 2003 and a Master’s degree at Farleigh Dickinson University in 2010. Marc was a two-year starter at middle linebacker from 1996-1997 and a team captain during his senior year for the Jackson Memorial High School football team.

Trooper Castellano died as a result of injuries received while in the performance of duty.

At approximately 10:00 am on Sunday, June 6, 2010, Trooper Castellano was walking along the shoulder of Interstate 195 West near the Exit 31 ramp in Howell Township. He was searching for an alleged armed occupant of an abandoned vehicle that was connected to an ongoing investigation when he was struck by a passing motorist. He was taken to Jersey Shore University Medical Center in Neptune, New Jersey, where he died several hours later from his injuries.

He is survived by his parents, a brother, his wife and two children. Trooper Castellano was 29 years old.

1. a. The operator of a motor vehicle approaching a stationary authorized emergency vehicle as defined in R.S.39:1-1 that is displaying a flashing, blinking or alternating red or blue light or, any configuration of lights containing one of these colors, shall approach the authorized emergency vehicle with due caution and shall, absent any other direction by a law enforcement officer, proceed as follows:

(1) Make a lane change into a lane not adjacent to the authorized emergency vehicle if possible in the existing safety and traffic conditions; or

(2) If a lane change pursuant to paragraph (1) of subsection a. of this section would be impossible, prohibited by law or unsafe, reduce the speed of the motor vehicle to a reasonable and proper speed for the existing road and traffic conditions, which speed shall be less than the posted speed limit, and be prepared to stop.

b. The operator of a motor vehicle approaching a stationary tow truck as defined in section 1 of P.L.1999, c.396 (C.39:3-84.6) that is displaying a flashing amber light, a stationary highway maintenance or emergency service vehicle that is operated by the State, an authority or a county or municipality and displaying flashing yellow, amber, or red lights, or a stationary sanitation vehicle displaying a flashing amber warning light pursuant to section 1 of P.L.2011, c.3 (C.39:3-54.27) shall approach the vehicle with due caution and shall, absent any other direction by a law enforcement officer, proceed as follows:

(1) Make a lane change into a lane not adjacent to the tow truck, highway maintenance or emergency service vehicle, or sanitation vehicle if possible in the existing safety and traffic conditions; or

(2) If a lane change under paragraph (1) of subsection b. of this section would be impossible, prohibited by law or unsafe, reduce the speed of the motor vehicle to a reasonable and proper speed for the existing road and traffic conditions, which speed shall be less than the posted speed limit, and be prepared to stop.

c. A violation of this section shall be punished by a fine of not less than $100 and not more than $500. 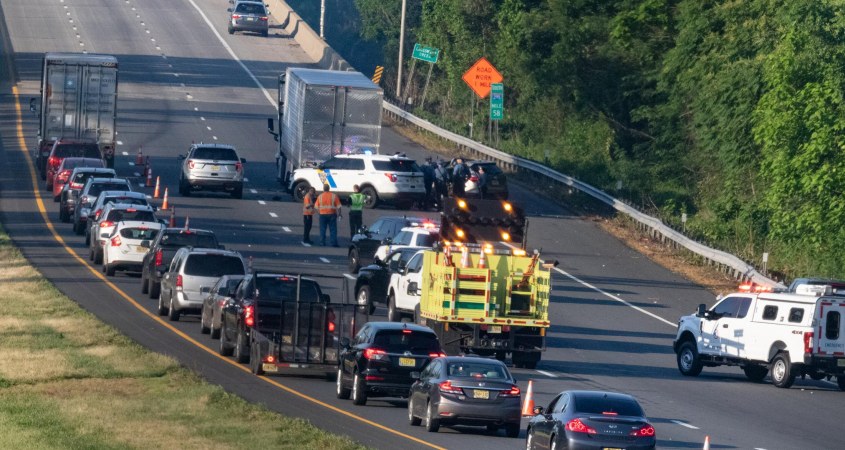 HAMILTON TOWNSHIP, NJ (MERCER)–SFC Lawrence Peele of the NJ State Police, Public Information Unit told MidJersey.news that an accident occurred at 4:44 a.m. on Interstate 295. Preliminary information indicates that the crash occurred in the area of milepost 58 when a Hyundai Santa Fe was traveling southbound in the right lane when it struck the rear of a disabled tractor trailer. The driver of the Hyundai sustained fatal injures in the crash and was pronounced deceased. The two right lanes of Interstate 295 were closed for approximately 4 and a half hours. The cause of the crash remains under investigation. 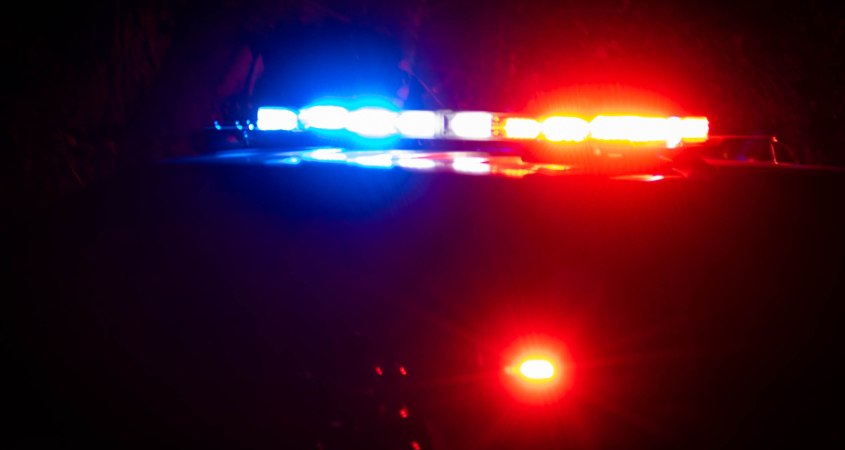 OCEAN TOWNSHIP, (OCEAN)–Ocean County Prosecutor Bradley D. Billhimer announced that on June 4, 2021, the Ocean Township Police Department received a report of an unresponsive female located in a wooded area of the Barnegat Branch Trail near Country Line Road in Waretown. Responding officers found the body of a deceased female.

If anyone has any information concerning this investigation they are urged to contact Detective Denis Mitchell of the Ocean County Prosecutor’s Office at 732-929-2027 or Detective Jeremy Samuel of the Ocean Township Police Department at 609-693-4007. 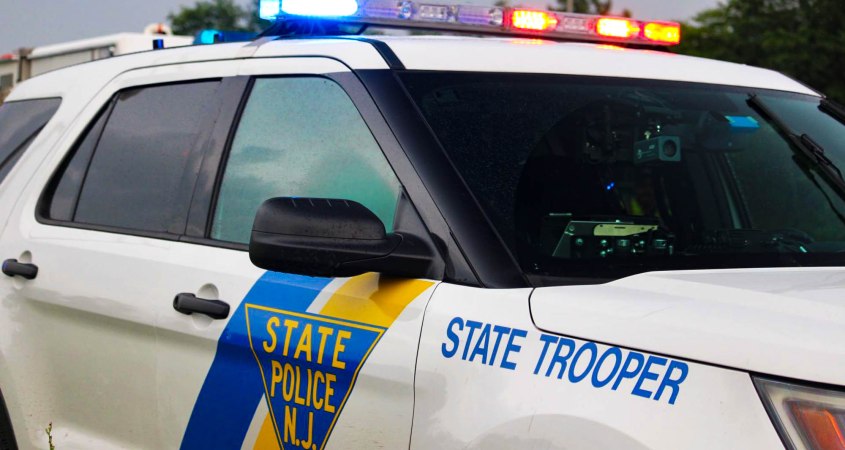 FREEHOLD, NJ (MONMOUTH)–An off-duty New Jersey State Trooper subdued a man who brandished a knife during an altercation in the parking lot of a Dunkin Donuts in Freehold Township, N.J.

On Friday, May 28, Detective Sergent Michael Nelson, of the Troop “D” Criminal Investigation Office, overheard two men arguing behind his car in the parking lot of the Dunkin Donuts. During the altercation, DSG Nelson observed one of the men brandish a large knife and threaten the other man. DSG Nelson immediately exited his vehicle, approached the suspect, and identified himself as a New Jersey State Trooper.

DSG Nelson ordered the suspect to drop the knife, but the man retreated to his vehicle. Without concern for his own safety, DSG Nelson continued toward the suspect, pulled him from his vehicle, and successfully disarmed and subdued the man. A short time later, members of the Freehold Township Police Department arrived on scene and took custody of the suspect.

As a result of his quick and decisive actions, DSG Nelson deescalated a potentially deadly situation. His actions are in the finest traditions of the New Jersey State Police, Honor, Duty, and Fidelity. 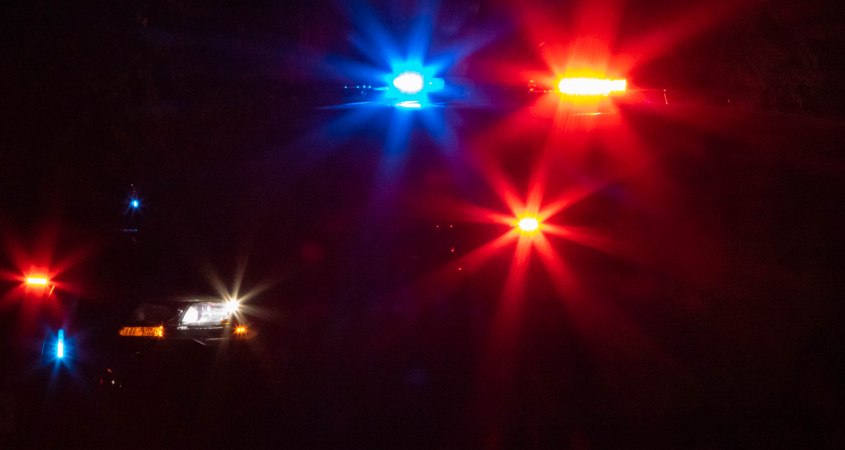 This is an active and ongoing investigation. Anyone with any information regarding this investigation is urged to contact Detective Anthony Carrington of the Ocean County Prosecutor’s Office at 732-929-2027 or Detective Michael Cavallo of the Lakewood Township Police Department at 732-363-0200. 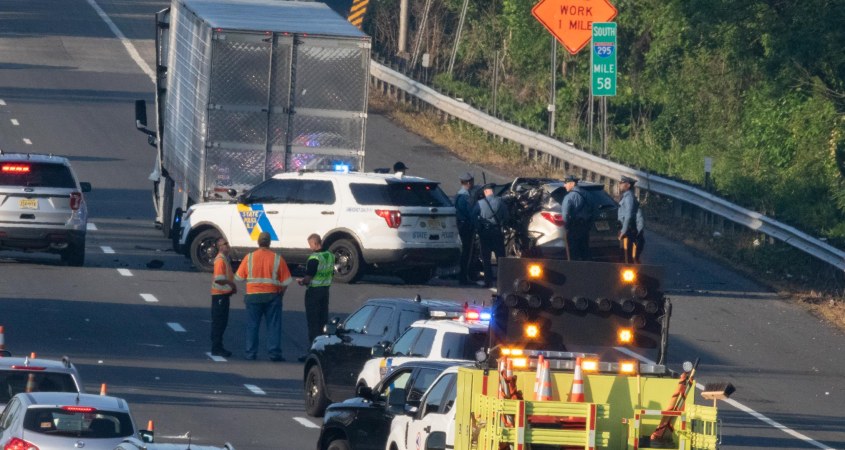 UPDATE HERE: Update: Fatal Accident On I-295 Early This Morning

As of 8:30 a.m. traffic is backed up for a mile and half south bound near the Scenic Overlook on I-295. One lane open at this time.

Update according to Google Traffic the roadway is clear as of 10:00 a.m.

HAMILTON TOWNSHIP, NJ (MERCER)–Around 4:45 a.m. the Hamilton Township Fire Department, RWJ EMS, Capital Health Paramedics and NJ State Police responded to Interstate 295 south bound at mile marker 58 just south of the Scenic Overlook. When units arrived on scene the found a vehicle that appeared to have struck a tractor trailer in the right lane with a person heavily entrapped.

An email has been sent to the NJSP Public Information Office and MidJersey.news will post updated information when available.