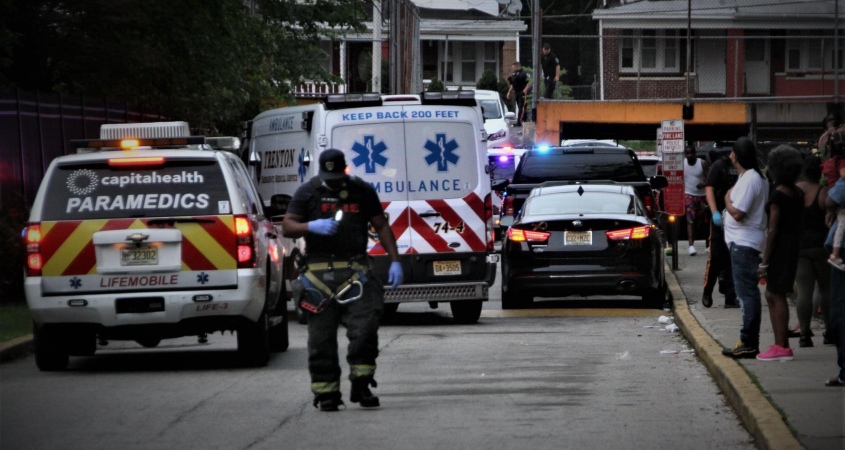 According to Trenton Police Department Lieutenant Peter Szpakowski two shots fired struck a victim. The victim ran to 620 West State Street and advised building security that he was shot. The building security called 9-1-1 to advise police of the shooting.

The suspect vehicle drove to the front of 620 West State Street then into the parking lot to turn around and was involved in an accident.

The Trenton Shooting Response Team was notified and is continuing the investigation.

One thought on “Update: Shooting On West State Street, One Injured, Three Suspects In Custody”