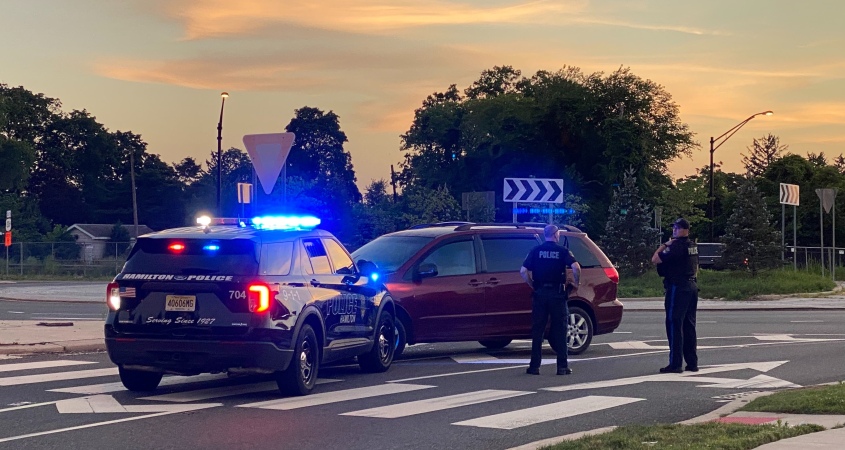 HAMILTON TOWNSHIP (MERCER)– A possible hit and run is to blame after a vehicle struck a Hamilton Police cruiser head on, Sunday evening.

The crash occurred around 8:00 pm. Prior to police arrival, the minivan was seen facing the wrong direction in the Whitehorse Circle after a possible minor crash (pictured in dash cam screen grabs below). It appears that when police arrived on the scene, the vehicle attempted to flee, where it then crashed into a police cruiser head on while continuing in the wrong lane of travel.

MidJersey.news has reached out to Hamilton Police for information. The post will be updated and any corrections made if information is released.