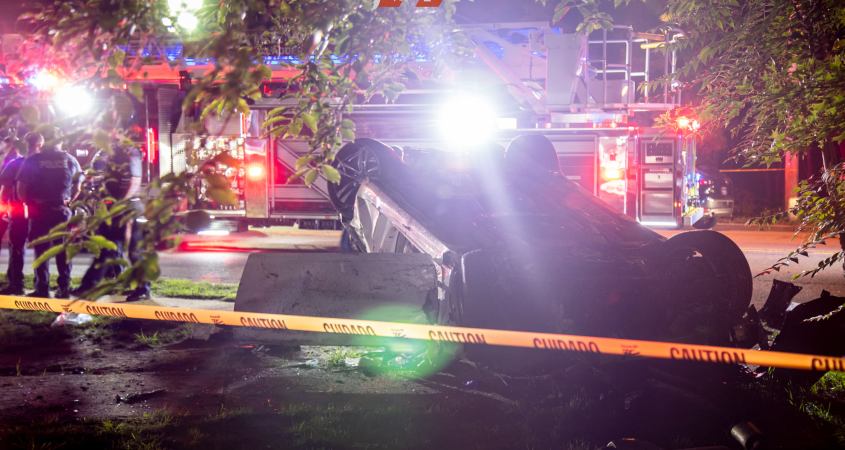 LAKEWOOD, NJ (OCEAN)–Ocean County Prosecutor Bradley D. Billhimer announced that on July 5, 2021, at approximately 9:30 p.m., the Lakewood Township Police Department responded to the area of Cedarbridge Avenue and Clover Street for a report of a serious motor vehicle crash.

An investigation by the Ocean County Prosecutor’s Office Vehicular Homicide Unit, Lakewood Township Police Department and the Ocean County Sheriff’s Office Crime Scene Investigation Unit revealed that a 2009 Infinity G37, operated by a juvenile and containing two passengers, Hector Martinez, age 18, of Toms River and another juvenile, were traveling eastbound on Cedarbridge Avenue approaching the cross street of Clover Street at a high rate of speed. An unidentified vehicle was in the left-hand turn lane attempting to make a left-hand turn onto Clover Street. The juvenile operator of the Infinity G37 attempted to navigate around that vehicle and lost control of the Vehicle. The vehicle left the roadway and struck the face of a building. The vehicle overturned and came to an uncontrolled rest on its hood. The juvenile passenger, who was seated in the rear of the vehicle, was ejected from the vehicle and was pronounced deceased at the scene. The juvenile operator and Mr. Martinez were both transported to Jersey Shore University Medical Center in Neptune to be treated for their injuries.