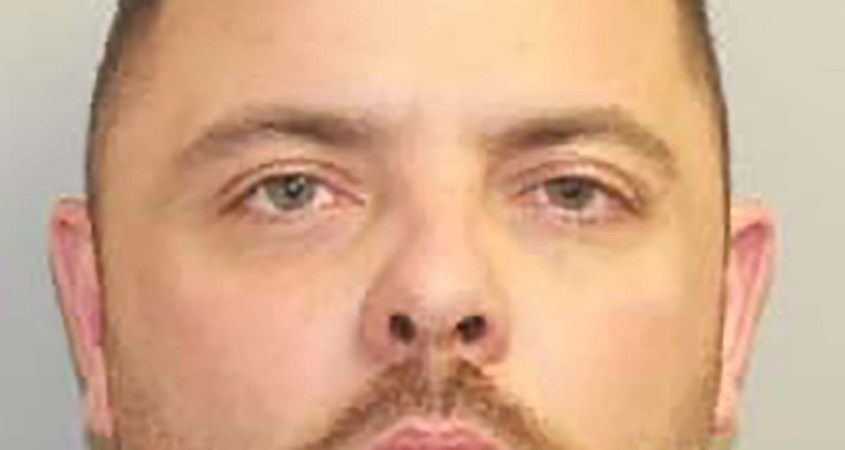 Ocean County Prosecutor Bradley D. Billhimer announced that on August 12, 2021, an Indictment by a Grand Jury sitting in Monmouth County was returned against David Giordano, 36, of Toms River, on charges of Terroristic Threats in violation of N.J.S.A. 2C:12-3a, and False Public Alarms in violation of N.J.S.A. 2C:33-3c, relative to an incident that occurred on April 12, 2021. These charges were presented to a Monmouth County Grand Jury due to a conflict arising out of the fact that Giordano’s threats were made against the Ocean County Judiciary.

On April 12, 2021, three videos were uploaded to a public YouTube Channel entitled “Toms River Police are the Best.” These videos included images of Giordano, news coverage of Giordano’s previous arrest in connection with painting a blue line on Hooper Avenue, images of the Ocean County Justice Complex as well as Toms River Township Town Hall – followed by a video of a homemade bulldozer destroying public buildings in Granby, Colorado in 2004. The videos also included graphics stating the person posting the video would turn Toms River Township Town Hall and the Ocean County Justice Complex “upside down.” An investigation by the Ocean County Prosecutor’s Office High Tech Crime Unit determined that Giordano produced and posted the videos to the YouTube Channel.

On May 3, 2021, Detectives from the Ocean County Prosecutor’s Office High Tech Crime Unit, Toms River Township Police Department, and Berkeley Township Police Department executed court-authorized search warrants on two residences – one in Toms River and the other in Berkeley Township – where Giordano is known to reside. As a result, Detectives recovered and seized several items containing digital evidence. A motor vehicle stop was subsequently performed by Toms River Township Police Officers on a vehicle operated by Giordano. Giordano was arrested and taken into custody without incident. Although initially detained in the Ocean County Jail and then transported to Monmouth County Correctional Institution shortly after his arrest, Giordano was released on July 21, 2021 pursuant to New Jersey Bail Reform.

Prosecutor Billhimer acknowledges the diligent efforts of Assistant Prosecutor Shanon Chant-Berry who is handling the case on behalf of the State, as well as the Ocean County Prosecutor’s Office High Tech Crime Unit, Toms River Township Police Department, and Berkeley Township Police Department, for their collaborative efforts in connection with this investigation leading to Giordano’s indictment.

The charges referenced above are merely accusations and the press and public are reminded that all defendants are presumed innocent unless and until proven guilty beyond a reasonable doubt in a court of law. R.P.C. 3.6(b)(6).