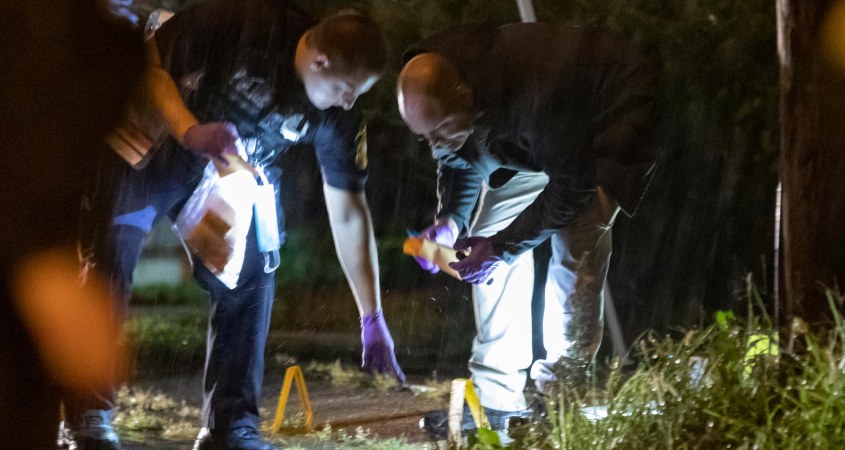 EWING TOWNSHIP, NJ (MERCER)–Around 9:58 p.m. last night, August 21, 2021, the Ewing Police Department, Ewing EMS and Capital Health Paramedics responded to 1st Block of Stout Avenue for a gun shot victim. Upon arrival it was reported that it was an obvious death and that paramedics would pronounce the victim on scene a short time later. There were unofficial reports of around 17 shots fired at the scene. Crime scene investigators could be seen investigating the scene and collecting evidence. Ewing Police and the Mercer County Homicide Task Force are on scene investigating the shooting. No further information is available at this time.

One thought on “Developing: Shooting Investigation In Ewing Township”