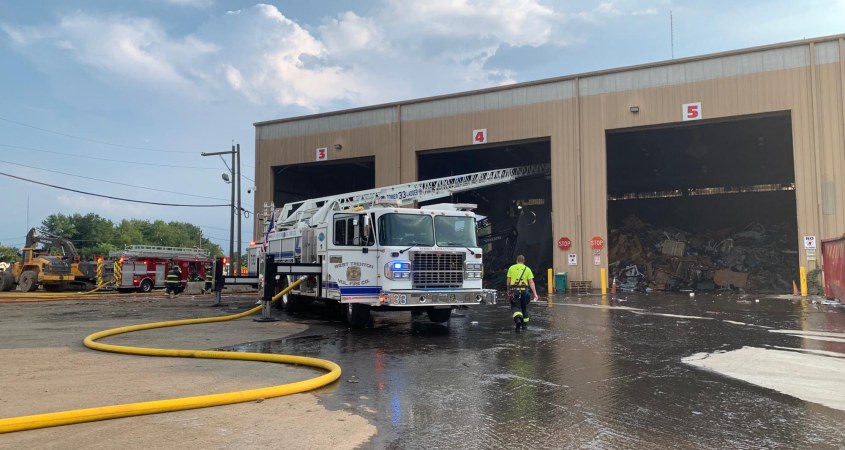 Master streams were set up from Ladder Tower 31 and 33, along with several handlines pulled. Within a half an hour the fire department made good progress on knocking down the bulk of the fire. 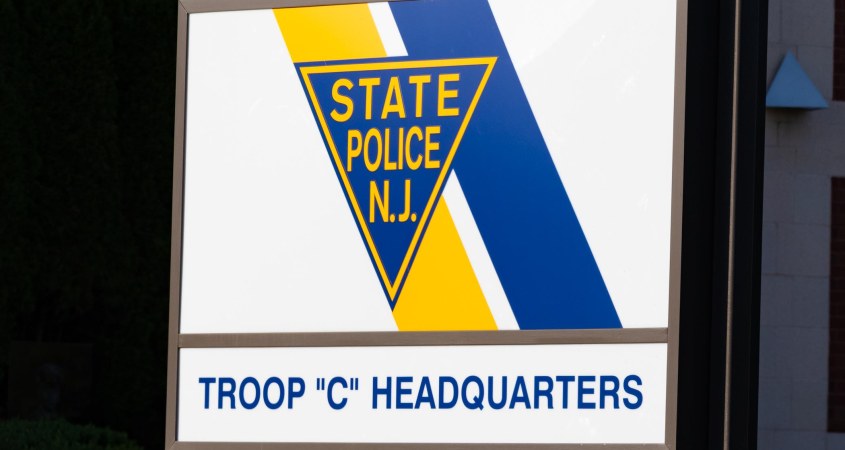 TRENTON, NJ (MERCER)–Attorney General Andrew J. Bruck and Colonel Patrick J. Callahan announced today that the Opioid Enforcement Task Force (OETF) has seized more than one million individual packaged doses of opioids since its inception in 2018 as a result of the latest takedown of a Trenton narcotics processing mill.

On Wednesday, August 18, 2021, detectives with the Crime Suppression Central Unit, OETF, along with members of the Trenton Police Department SWAT arrested Felix Acevedo, 32, of Trenton, N.J., and seized more than $40,000 worth of drugs and stamps linked to a total of 61 drug overdoses, with 27 of them being fatal. After detectives executed a search warrant at the residence, Acevedo was arrested and detectives seized 500 grams of heroin, 150 grams of fentanyl, 15 grams of cocaine, a 9mm carbine rifle, $98,000 cash and narcotics packaging and branding materials.

The takedown is result of a month-long operation that ran from July to August. In July, detectives with the New Jersey State Police Crime Suppression Central Unit and OETF began investigating drug activity in the Trenton area. Through various investigative means, detectives discovered that a drug mill was being operated out of a residence on Chase Street and identified Acevedo as the operator.

Additionally, detectives seized 32 different stamps used to brand packaged narcotics. Drug traffickers market their “brand” of drug by ink-stamping the outside of a wax fold with a unique image, word, or phrase such as “Red Bull,” “Tik Tok,” and “Scorpion,” which are examples of stamps that were recovered in this case.

Felix Acevedo was charged with maintaining a CDS production facility, possession of CDS with intent to distribute near a school/park, possession of a firearm during a CDS offense, certain persons not to possess weapons, possession of drug paraphernalia, and money laundering, and he was lodged at the Mercer County Jail pending a detention hearing.

“With this investigation, we mark an important milestone for our Opioid Enforcement Task Force: since launching three years ago, we have stopped one million doses of opioids from reaching the streets of New Jersey,” said Acting Attorney General Andrew J. Bruck. “Thanks to the extraordinary work of Colonel Callahan and the New Jersey State Police, we have saved countless lives across the Garden State. And while our job is far from done, today’s milestone makes clear that our opioid enforcement strategy is working. We will continue targeting the most significant and dangerous distributors in New Jersey, especially those who operate illegal and dangerous ‘drug mills’ in our state.”

“Processing mills are the root of the of the narcotics supply chain, and when we cut off the root from the rest of the tree, it cannot produce its poisonous fruit. While targeting street-level dealers remains an important piece of our strategy, since 2018 our operations targeting drug mills has led to the staggering seizure of more than one-million doses of narcotics—drugs that were prevented from entering our communities, and drugs that have been linked to both fatal and non-fatal overdoses,” said Colonel Patrick Callahan, Superintendent of the New Jersey State Police. “Thanks to the diligent work of the State Police Crime Suppression Central Unit and the OETF, this investigation led to the 46th facility disrupted or dismantled by the taskforce, and with 61 total overdoses and 27 fatal overdoses linked to this mill, this operation, like the previous 219, undoubtably saved lives.”

“Through this and related operations, the State Police, the OETF, and our law enforcement partners have averted opioid-related tragedies that would have otherwise harmed individuals, families, and communities,” said Lyndsay Ruotolo, Director of the Division of Criminal Justice. “Every life that’s lost to opioids has a ripple effect that impacts others, and by removing a million doses of addictive and deadly narcotics from our neighborhoods and bringing those who illegally sell them to justice, our law enforcement made New Jersey a safer place.”

In 2018, as a result of the nationwide opioid epidemic that has been impacting New Jersey, Captain Lawrence Williams, of the New Jersey State Police Trafficking North Unit, developed new tactics and a new investigative approach to combat the flow of opioids within the state. Traditionally, law enforcement agencies would begin an investigation into a trafficking network from the bottom of the supply chain, which are the users and street dealers.

Captain Williams determined that the amount of overdoses and overdose-related deaths could be proportionately decreased if law enforcement could dismantle or disrupt the opioid supply more quickly. He subsequently identified various “choke points” within the narcotics production process, which would allow law enforcement to expedite the identification of narcotic processing mills much more efficiently than traditional practices.

Once Captain Williams established a methodology for this strategy, he created a task force which consisted of the New Jersey State Police, the Office of Drug Monitoring and Analysis, the Office of the Attorney General, federal partners, and various law enforcement agencies across New Jersey.

This case is being prosecuted by the New Jersey Division of Criminal Justice. 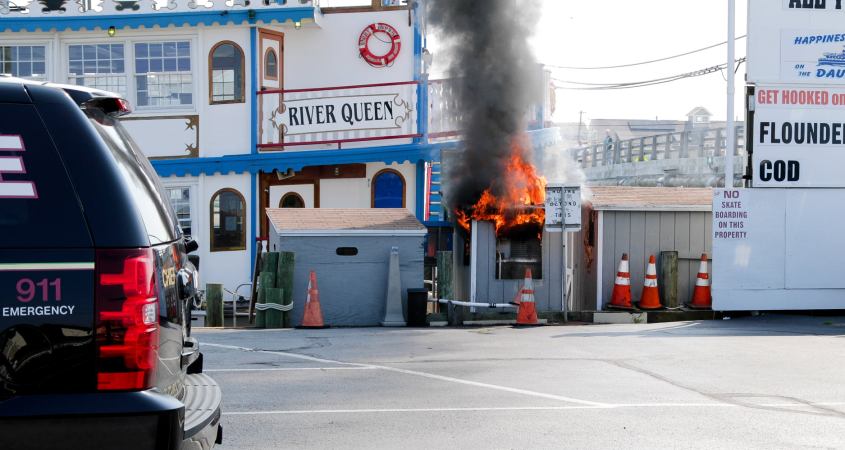 POINT PLESANT BEACH, NJ (OCEAN)–Around 10:00 a.m., Point Pleasant Beach Police Department received multiple 9-1-1 calls and dispatched the fire department to a shed fire at Broadway and Channel Drive. The fire chief arrived and confirmed the fire. When the first engine arrived, the crew pulled a 1 ¾” line and quickly knocked down the fire. Crews overhauled the scene, and preliminary information is that it was an ice maker that caught fire. No further information is available at this time. 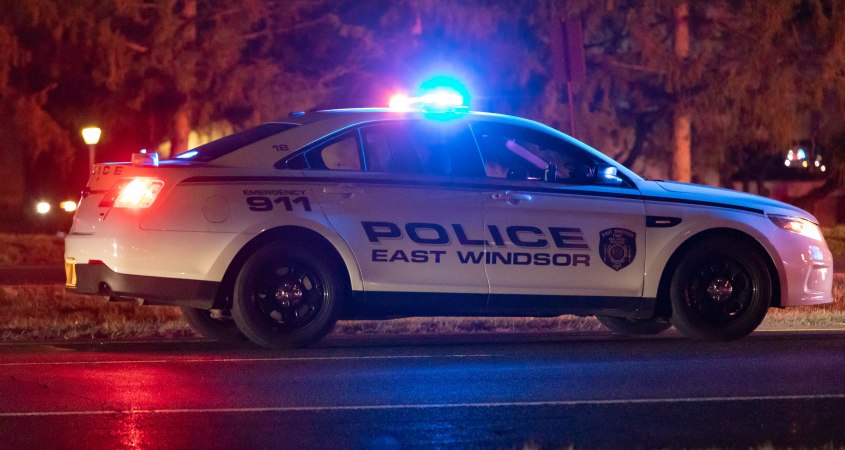 The officer responded to the area of Route 133 for a reported  erratic driver.  The officer  located the vehicle, observed it failing to maintain the lane of travel, and conducted  subsequently conducted a motor vehicle stop. The driver exhibited signs of impairment and was placed under arrest after failing field sobriety tests. The driver was later released pending court action.

The officer responded to Walmart for a citizen dispute related to a road rage incident in the parking lot. Investigation revealed that during a verbal argument the individual wielded a baseball bat and aggressively approached the victim in a threatening manner. The individual was arrested and later released pending court action.

The officer responded to the area of Route 535 and Millstone Road for a single car motor vehicle accident. Investigation revealed that the driver failed to observe a stop sign and struck a tree. The driver exhibited signs of impairment and was placed under arrest after failing field sobriety tests. The driver was later released pending court action.