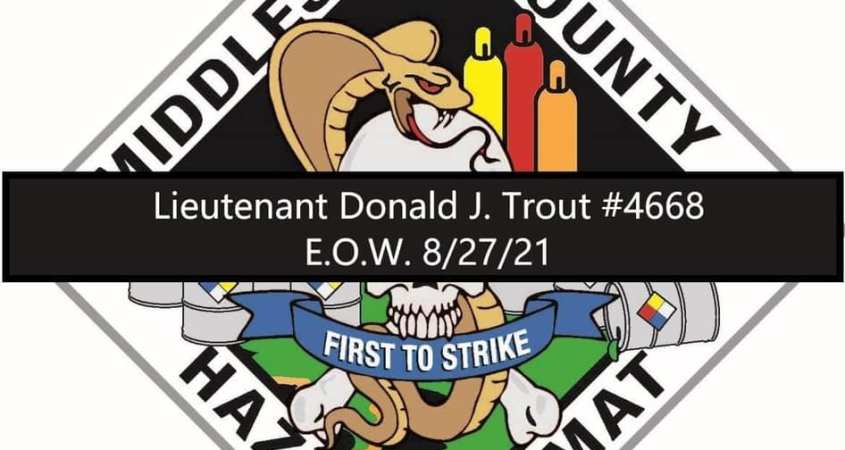 MONROE TOWNSHIP, NJ (MIDDLESEX)–A tractor trailer overturned and crashed this morning on the New Jersey Turnpike at 6:17 a.m. at interchange 8A as earlier reported by MidJersey.News A Freightliner tractor trailer carrying a hazardous material overturned on the ramp. Middlesex County Hazmat was requested and responded to the scene.

Since that time Middlesex County Firefighters Association/IAFF Local 3451 announced a line-of-duty death of one if its members on the Hazardous Materials Team. The statement reads below: