TRENTON, NJ (MERCER)–Olympian and Trenton Central High School Graduate Athing Mu, was honored this afternoon with a large parade though the streets of Trenton. The parade started at Trenton Central High School with Governor Phil Murphy meeting with Mu and others. The parade proceeded down Hamilton Avenue, made a right on South Clinton Avenue and then a left on East State Street and ending at City Hall.

During the Tokyo Olympics, Mu claimed the first 800-meter gold medal for an American woman in that event since 1968 and broke a U.S. record at the same time. She then went on to help the U.S. team win another gold-medal in the 4×400-meter relay.

Mu was born in Trenton and is a graduate of Trenton Central High School. She ran for the Trenton Track Club. Mu was named the 2020 National High School Indoor Athlete of the Year by Track & Field News.

Most recently, on Aug. 21, 2021, at the Prefontaine Classic in Eugene, Oregon, Athing Mu won the 800-meter event with a time of 1:55.04, besting her own American record she had set at the Olympic Games 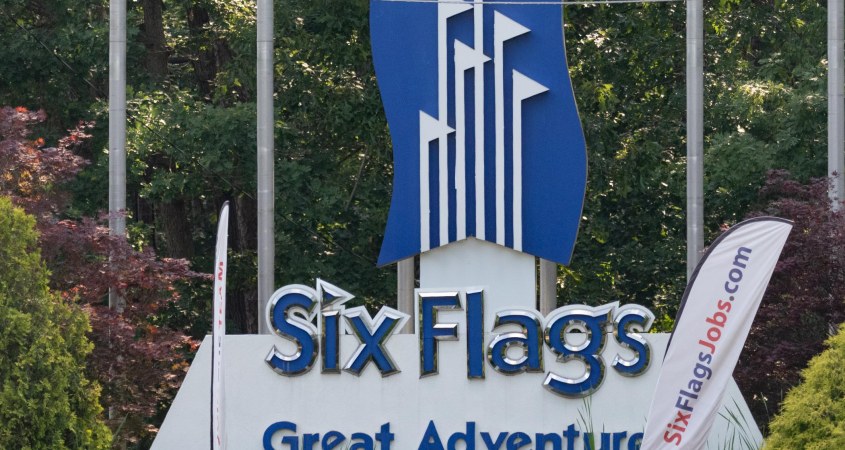 JACKSON, NJ (OCEAN)–Sometime around 7:30 p.m. a guest was reported injured from a fall at Six Flags Great Adventure. A helicopter was called but canceled due to weather and the patient was transported by ground to Jersey Shore Medical Center in Neptune for treatment. Park officials said in a statement that a guest climbed over a fence into a clearly marked restricted area. See full statement below:

Statement by Six Flags Great Adventure: A guest climbed over a fence into a clearly marked restricted area. While climbing onto the roof of a building in the restricted area, the guest slipped and injured her leg. We are proud of our public safety team, who risked their own safety to serve our guest. The guest has been transported to a local hospital.

EAST WINDSOR, NJ (MERCER)–At 12:13 p.m. the Robbinsville Fire Department and EMS were dispatched to the NJ Turnpike for a motorcycle down in the area of 65.4 South Bound inner roadway by the Old York Road overpass. While responding there were reports of up to three motorcycles down but that ended up to be fellow motorcyclists stopping to help. Some good Samaritans stopping to help, some even ran across six lanes from the shoulder of the outer roadway to the inner roadway Jersey barrier. East Windsor First Aid Squad was added due to the reports of multiple bikes down. When the ambulance arrived they reported that it was a one motorcycle accident and were performing an evaluation. Robbinsville arrived and blocked the shoulder and EMS stood. The motorcyclist was able to walk away from the accident and ended up refusing medical transportation and was able to leave on his own power on the motorcycle.