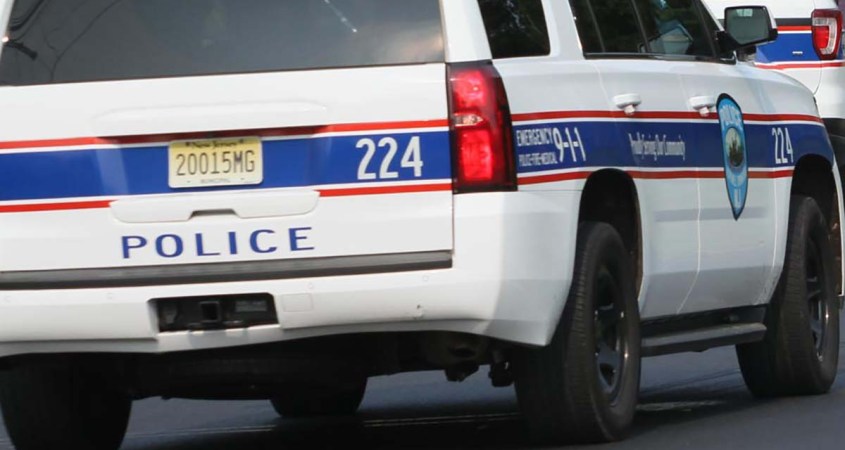 Updated at 1:15 p.m. to include Lawrence Fire Company that was at the rescue scene and attempted the initial rescue and was able to get to the police officers. There is still a lot more to the story and MidJersey.News was back at the scene this morning and will have updates as it becomes available from Hopewell Township Police.

Listen to audio of the rescue being made here:

HOPEWELL TOWNSHIP, NJ (MERCER)–As Tropical Storm Ida move though the area heavy rains created flash flooding conditions all thought the State and numerous water rescues were made as people were stranded in their cars or homes.

In Hopewell Township, sometime before 8:30 p.m. an officer on Route 518 Lambertville-Hopewell near Route 31 was swept away from high flood waters where the Stonybrook crosses County Road 518 and was reported missing. Lawrence Township and Hopewell firefighters in the area of Rambling Pines, heard a gun shot and then multiple gun shots fired and told Mercer County Central to call Hopewell Police immediately since they believed the shots were coming from the missing officer. Additional shots were heard and rescuers were able to pinpoint an area where the rescue needed to be made.

Multiple boats, high water rescue trucks, EMS units responded to the scene. TAC-23 from Lawrence Fire Company a high water rescue truck reported going though at least five feet of rushing flood waters to get to the area where the officer was. TAC-23 eventually lost power most likely due to the raging flood waters and another unit from Hamilton Township was called to the scene. NJTF-1 also arrived on location with their high water unit but it was unclear if that unit was used. Firefighters that were on TAC-23 Lawrence were able to make contact with the missing officers and assist in the rescue.

Three officers were eventually rescued just after 11:00 p.m. and were transferred to waiting ambulances.

This is a breaking news report from radio reports, once we receive official information the story will be updated and any corrections made.

Trenton Evacuates “The Island” In Preparation Of Anticipated Flooding

BREAKING: “Miracle In Mercer County” As 3 Police Officers Rescued After Being Swept Away By Floods

7 thoughts on “BREAKING: “Miracle In Mercer County” As 3 Police Officers Rescued After Being Swept Away By Floods”