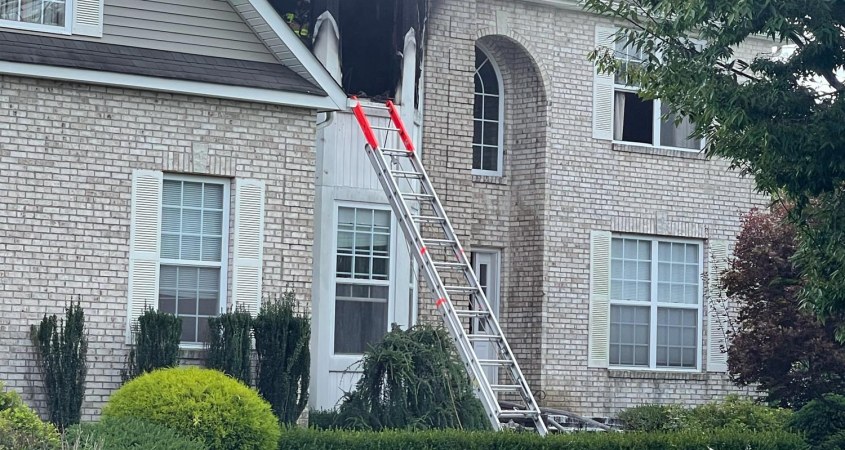 MONROE TOWNSHIP, NJ (MIDDLESEX)–Around 1:00 p.m. Monroe Township fire companies were dispatched to a house fire in the 1st Block of Sherry Lane. A column of smoke could be seen in the sky and a 2nd alarm was called around 1:04 p.m. Upon arrival firefighters reported having a large amount of fire showing on the second floor and extending to the attic. Three lines were pulled and in operation to knock down the fire according to radio reports. Jamesburg, Hightstown, East Windsor and Plainsboro were dispatched for mutual aid and a fire coordinator was called to the scene. Firefighters reported the bulk of the fire knocked down around 1:16 p.m. and an ALS unit was called for smoke inhalation.