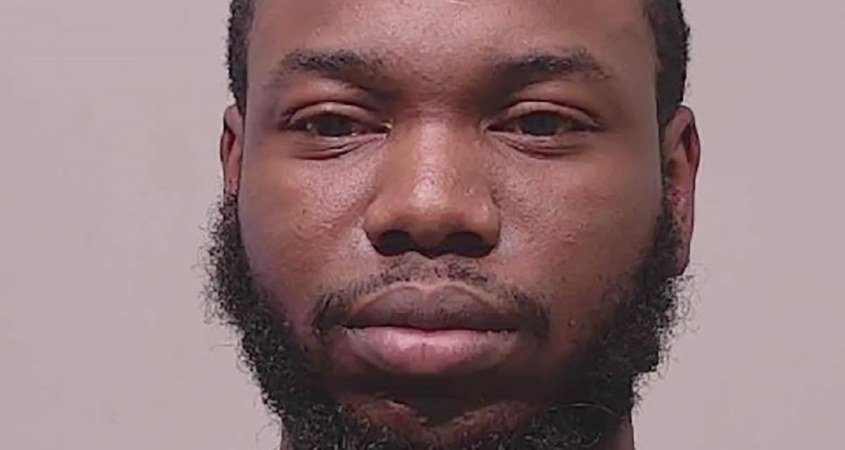 On July 9, 2021, at approximately 3:40 a.m., a fire started at 213 Woodlawn Avenue which quickly engulfed both sides of the two and a half story, wood frame duplex, causing a partial roof collapse.  A nine-month-old baby girl, identified as Malani Sanders, and her 42-year-old grandmother, identified as Tiffany Abrams-Jones, were found deceased at the scene.  Three additional individuals were transported to the hospital with critical burn injuries. The baby’s grandfather, 50-year-old Prince Jones, succumbed to his injuries on July 11, 2021, and Zamair McRae died a few weeks later.

Detectives were able to retrieve video from numerous cameras in the area and speak to witnesses.  One witness told detectives that leading up to the fire, one of the residents of 213 Woodlawn Avenue, who is the mother of the deceased baby, received a text message from the baby’s father, Michael Sanders, telling her to get their baby out of the house.

Detectives determined that Sanders took a taxi from an area near his residence in Trenton and was dropped off approximately one block from 213 Woodlawn Avenue shortly after 3:00 a.m.  Sanders, wearing a dark colored hooded sweatshirt with the hood over his head, a mask, and white gloves, walked past the residence towards Greenwood Avenue approximately 15 minutes before the fire started.  Detectives were also able to obtain surveillance video from the Fast Trac Gas Station on Greenwood Avenue from July 9, approximately 10 minutes before the fire, which showed Sanders making a purchase of what appears to be a dark colored torch lighter and cigars.  During this purchase, he removed the mask covering his face.  Sanders left the store and was observed walking on Woodlawn Avenue back in the direction of 213 Woodlawn.  Approximately four minutes after Sanders passed that camera, the reflection of light from the fire at 213 Woodlawn can be seen on the video.

Additional video captured Sanders walking back to his residence on Bayard Street in Trenton.  When he arrived on Bayard, he was no longer wearing a mask or gloves.  Additionally, he was no longer wearing the dark hooded sweatshirt.  After reviewing this video, detectives canvassed that area and recovered a dark hooded sweatshirt a few doors down from Sanders’ residence in the bottom of a basement stairway.

Sanders is being held in the Mercer County Correction Center pending trial.

Despite having been indicted, every defendant is presumed innocent until found guilty beyond a reasonable doubt in a court of law.