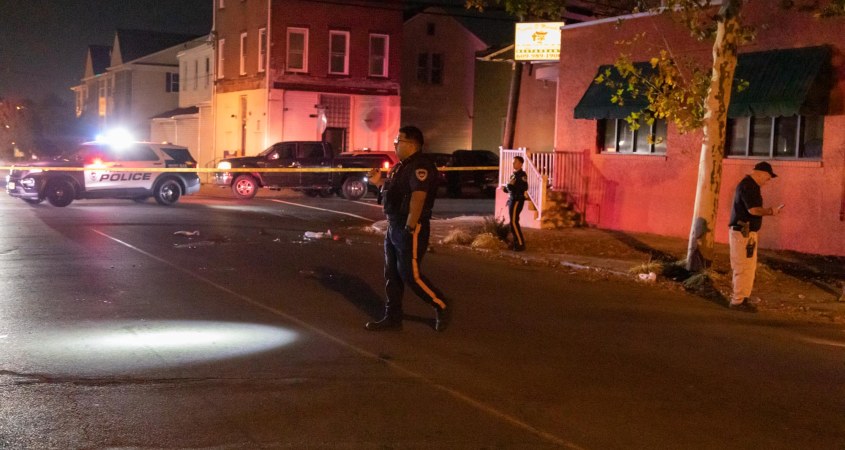 TRENTON, NJ (MERCER)–Around 9:00 p.m. shots rang out on in the 100 Block of Lalor Street near the intersection with Centre Street. Trenton Police, Trenton EMS, Capital Health Paramedics, and Trenton Fire responded to the scene for a victim shot multiple times. The victim was transported to the Trauma Center at Capital Health Regional Medical Center. Trenton Police had Lalor Street shut down at the intersection with Centre Street for the shooting investigation. The Trenton Shooting Response Team is investigating. No further details are available at this time.

For the second time tonight another shooting in the 900 Block of Southard Street at 11:07 p.m. Trenton Police were on scene with a male victim shot in the leg. Trenton EMS, Capital Paramedics, and Trenton Fire Department responded to the scene. The victim was transported to Capital Health Regional Medical Center. The Trenton Shooting Response Team was also investigating this shooting.

HAMILTON TOWNSHIP, NJ (MERCER)–A two vehicle accident occurred just after 9:00 p.m. at the intersection of Whitehorse Avenue and Arena Drive. Hamilton Township Police, Hamilton Township Fire Department and RWJ Hamilton EMS responded to the scene. Minor injuries were reported in the accident. No further details are available at this time.

At approximately 1 p.m. on Tuesday, October 12, 2021, members of the Mercer County Prosecutor’s Office, the Mercer County Sheriff’s Office, the Ewing Police Department, the Hamilton Police Division and U.S. Homeland Security Investigations, under the command of the prosecutor’s Special Investigations Unit, executed search warrants at multiple locations in Ewing and Hamilton.  The target of the investigation, Justin Hill, was taken into custody during a motor vehicle stop in Ewing Township.  He was found to have a 9mm semi-automatic handgun concealed in his waistband and two bricks of heroin were observed on the center console of the Jeep Cherokee he was operating.

A search of 43 N. Johnston Avenue in Hamilton revealed 150 bricks of heroin in a second-floor bedroom and an automatic firearm with a suppressor and 30-round magazine on the floor in the living room.  Detectives executing a search warrant at Hill’s residence on Conway Avenue in Ewing located an AR-15 style rifle without a serial number, a 60-round magazine drum, a 30-round pistol magazine, and numerous rounds of rifle ammunition.  Cash totaling $1,048 was also seized during the investigation.  Onofri stated that the seized heroin has an approximate street value of $22,500.

Hill, 33, was charged with first- and second-degree narcotic and weapons offenses, and lodged at the Mercer County Correction Center pending a detention hearing.

Despite having been charged, all persons are presumed innocent until found guilty beyond a reasonable doubt in a court of law. 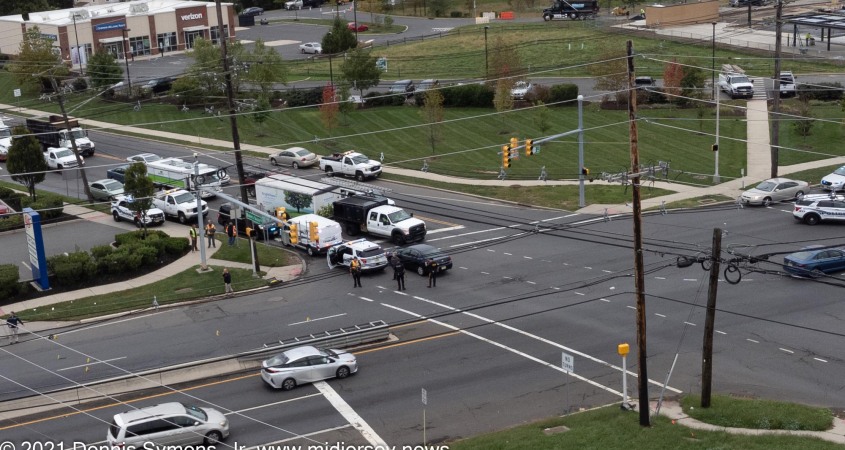 Frank Claybrooks, 54, is charged with second-degree leaving the scene of an accident resulting in death and third-degree endangering an injured victim. He was processed and released pending future court proceedings.

On Monday, October 11, 2021, at approximately 6:40 a.m., Lawrence police responded to area of Route 1 Northbound and Bakers Basin Road after receiving a call from a driver who observed a person down in the roadway. Upon arrival, patrol officers located a deceased female pedestrian who was later identified as Maria Angelica Moran-Moreira, 54, of Lawrenceville.

Detectives located area surveillance footage and spoke with witnesses. The investigation revealed that a flat-bed tractor trailer making a right turn onto Route 1 from Bakers Basin Road struck the victim in the roadway at approximately 5:55 a.m. Claybrooks was operating the truck.

The charges are the result of an investigation by Detectives Todd Caruso, Sean Kerins and Joseph Radlinsky of the Lawrence Township Police Department and Detectives Natalie Martinez and Ryan Minnick of the prosecutor’s Serious Collision Response Team.

TOMS RIVER, NJ (OCEAN)–On Tuesday, October 12, 2021, at approximately 4:05 PM, police were dispatched to Patmas Drive for a reported emotionally disturbed male acting erratically in the residence with a bat and knives. Upon police arrival, family members were evacuated from the home and officers formed a perimeter around the property for the safety of the neighborhood, officers, and the male party.

The male opened the front door holding a bat and large knife, and after failing to obey officer’s commands, he closed the front door refusing to come out. Toms River Police Emergency Services Unit, and Detective negotiators responded to the scene and opened a dialog via phone. After telephone negotiations ended, a tactical team entered the home, quickly locating the male party, and he was taken into protective custody. He was transported to Community Medical Center for further treatment. There are no reported injuries during the incident.

Also assisting on scene were members of the Ocean County Prosecutor’s Office. These types of calls are unpredictable and extremely dangerous. We’d like to commend all of the first responders on scene for their professionalism and commitment to the safety of everyone involved.