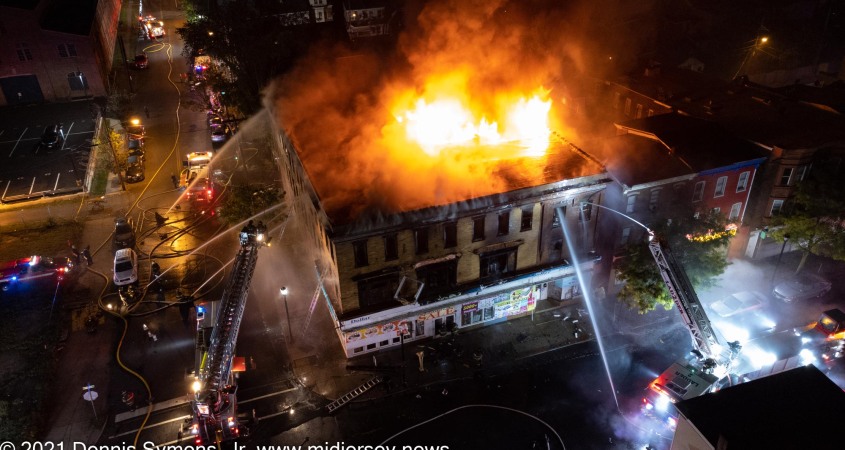 TRENTON, NJ (MERCER)–Around 11:54 p.m. October 13, Trenton Fire Department Engine 3 on South Broad Street called in an alarm activation with haze in the area of South Broad and Dye Street. When Engine 3 arrived at 692 South Broad Street they reported a working fire in a large commercial building and requested an “all hands” firefighters pulled a handline to start working on the fire but were having trouble gaining access to the fire. Heavy fire spread thought the building and additional alarms were called. It was reported the roof and parts of the front of the building have collapsed. Firefighters were still on scene at the time of this report. Surrounding fire departments are either covering the city or at the scene of the fire. No further information is available in this preliminary breaking news report, check back later in the day once more details are released.

At 2:48 a.m. additional units and the Mercer County Fire Coordinators were called to assist the City of Trenton.

Firefighters still on scene this morning. Photos below by: Brian McCarthy