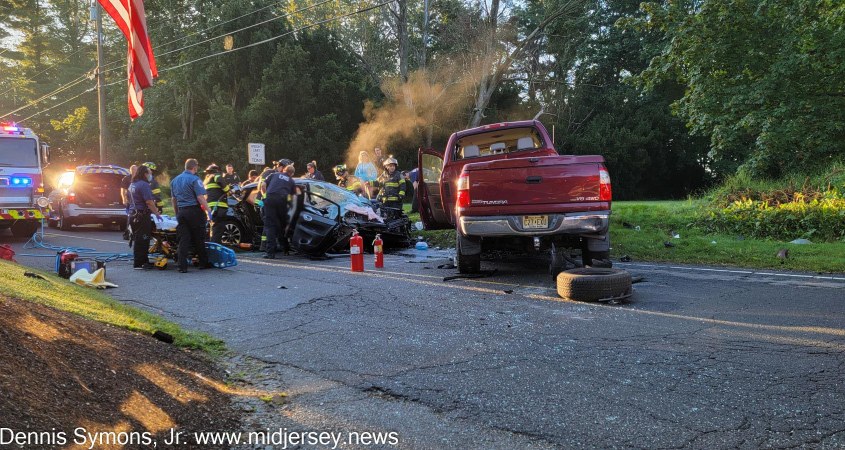 EAST WINDSOR, NJ (MERCER)–East Windsor Police have charged a Trenton man that caused a serious crash the morning of September 20, 2021 that injured Allentown High School students that at least two are also on the soccer team for the high school.

According to police, in the course of the investigation, a Mercer County Superior Court Judge granted a search warrant to obtain blood from the driver of the truck. The blood was subsequently collected and analyzed. The toxicology report revealed that the driver’s blood alcohol content was above the legal limit. The investigation also revealed that the driver of the truck was at fault as his vehicle crossed the double yellow lines and entered the westbound lanes of travel. The driver was arrested, charged, and released pending court action.

Open Container of Alcohol in a Motor Vehicle

All accused are presumed innocent until proven guilty in a Court of law.

Police say, the preliminary investigation revealed that the sedan was traveling west on Windsor-Perrineville Road and the pickup truck was traveling east on Windsor-Perrineville Road. The vehicles collided, head-on, near the intersection of Cedarville Road. The East Windsor Township Police Department and the Mercer County Prosecutor’s Office Serious Collision Response Team are actively investigating the crash.