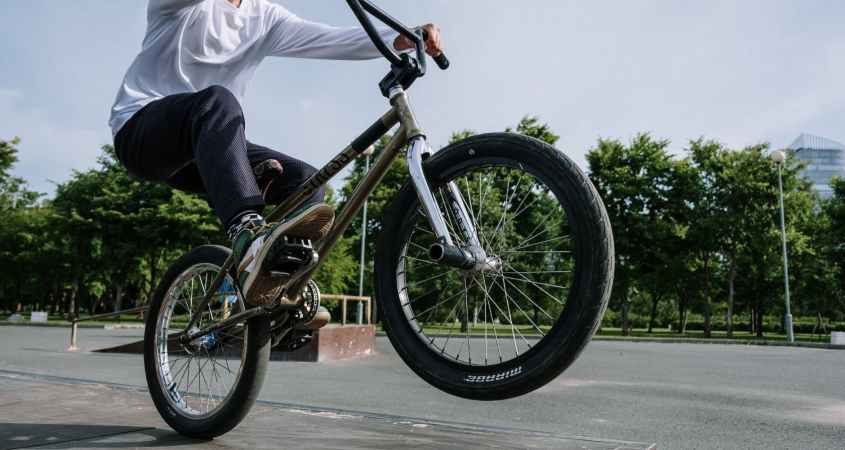 In conclusion, while it is true that a police response is not warranted to address the everyday misconduct perpetrated by juveniles and other societal issues, a response to the conduct engaged in by the youth in this case was necessary and should have taken place. Accordingly, the actions of the Perth Amboy Police Department were justified under the circumstances presented. The officers would have been in dereliction of their duties if they had acted otherwise.

PERTH AMBOY, NJ (MIDDLESEX)–As part of any county prosecutor’s supervisory authority over all law
enforcement activity in the county, he or she from time to time is called on to review the actions of local law enforcement officials and the exercise of their duties. In this case, the Governor and the Office of the Attorney General requested that Middlesex County Prosecutor Yolanda Ciccone review the conduct of the Perth Amboy Police Department as it related to the arrest of one youth and the seizure of bicycles resulting from community complaints that the juveniles were riding bicycles in an unsafe manner within the City of Perth Amboy on April 17, 2021.

In response, the Middlesex County Prosecutor’s Office thoroughly reviewed all information relating to this incident, including video footage, community complaints, police reports and officer interviews. The Prosecutor concludes the members of the Perth Amboy Police Department acted within their lawful authority by stopping the youths on bicycles because they were engaging in dangerous conduct that created a risk of injury to motorists, pedestrians, and the youths themselves. The community caretaking role of the police extends to protecting the welfare of children in the community. Indeed, that responsibility is a reflection of the State’s general parens patriae duty to safeguard children from harm. In this case, members of the Perth Amboy law enforcement community were duty-bound to act immediately to prevent harm to the youths involved as well as members of the community. There is no indication or suggestion that the incident was racially motivated or that State law or local ordinances were selectively enforced in a discriminatory fashion. Moreover, there is no indication or suggestion the police used excessive force in addressing the situation. The officers’ actions were, at all times, within their lawful authority, comported with the enforcement of local ordinances, and in compliance with established police procedures.

Moreover, the investigation did not reveal any evidence that any of the youths involved were unaware of the local ordinance at issue. In fact, the videos reviewed depicted a recurring pattern of reckless behavior on bicycles Middlesex County Prosecutor’s Office 25 Kirkpatrick Street, 3rd Floor, New Brunswick, New Jersey, 08901 (732) 745-3300 News Release Date: October 29, 2021
and evasive interaction with law enforcement attempting to enforce the law. Furthermore, the law enforcement officers involved used great restraint by not issuing summonses for violations of state law and/or any local ordinance on the day in question.

Since June 2020, members of the Perth Amboy Police Department had been dispatched to thirty-three calls for service directed at groups of juveniles riding their bicycles in an unsafe manner on the city streets. The first of these calls came in on June 6, 2020, and the most recent call was on April 20, 2021. On fourteen occasions when officers responded, the group of riders could not be located and were gone upon arrival. In another thirteen incidents, the officers located a group of bicyclists and appropriately warned them. The other six incidents resulted in escalated police action in response to the bicyclists’ conduct.

On April 17, 2021, yet another call was received at approximately 2:25 P.M. Upon responding to the call, a police officer employed by the City of Perth Amboy took a juvenile into custody for a petty disorderly persons offense after being warned by officers to discontinue the unsafe operation of their bicycles and disregarded those previous warnings. The officers had been dispatched to the area after a woman called to report “a whole gang of boys riding bicycles by the hospital and they’re taking up the whole street.” She continued to state “there must be fifty of them and they’re riding bicycles in the middle of the street and they’re backing up all of New Brunswick Ave., a business thoroughfare. They’re not letting cars pass.” Pursuant to the interviews conducted, it was determined the officers had previously dealt with the same group of juveniles earlier in the day. Previously, officers ultimately came upon the group of about thirty youths on their bicycles in the area of Pulaski and State Streets. Those officers warned the group about their unsafe conduct and that they were blocking both lanes of traffic on State Street, from
outer State Street all the way to Hall Avenue. Officers were able to make contact with the same group of riders, right before the entrance to Harbortown Complex and they were advised that they needed to stop blocking traffic and ride safely on the street.

Prior to the arrest of the juvenile on April 17, 2021, there were four calls for service, regarding groups of juveniles riding bicycles in the middle of the street swerving in and out of traffic and creating a hazardous condition. The police department responded to these calls for service and contacted the bicyclists who were warned of the dangers associated with riding their bicycles in such a hazardous and risky manner. They were also warned of the consequences of continuing to operate their bicycles in a similar fashion. The warnings were issued by law enforcement officers in order to prevent anyone from getting hurt or an automobile accident from occurring. The juveniles disregarded the warnings, their reckless behavior continued, and their conduct did not ease.

The police response on the day in question was the culmination of an effort by members of law enforcement to deescalate the situation and issue verbal warnings to the youth involved. Those efforts were unsuccessful, and, without viable alternatives, a decision was made to enforce the city ordinance to ensure the safety of the juvenile bicyclists and the citizens of the City of Perth Amboy.

On April 21, 2021, subsequent to the arrest of the single juvenile and the seizing of several bicycles, a parent of one of the bicyclists came to Perth Amboy Police Headquarters to speak with the supervising sergeant. That parent arrived along with their child who was part of the group of bicyclists, to extend their apologies and express their gratitude to the Sergeant involved.
The juvenile expressed to law enforcement that he and his friends were wrong and that the Sergeant was doing her job.

On May 5, 2021, the parent of the juvenile who was taken into custody was interviewed. The juvenile’s parent was happy that the situation did not escalate and indicated that the police took the bicycles as a result of her child’s actions. That same parent indicated that she has instructed her son to learn from the situation. Moreover, it should be noted the complaint signed against
her child was diverted from the system and was the subject of a Station House Adjustment (SHA), a diversion program which results in the complaint being dismissed upon successful completion.

During the investigation, it was determined the members of the Perth Amboy Police Department are aware of and endeavor to comply with the provisions of the Attorney General’s Juvenile Justice Reform Directive No. 2020-12. It was further determined the Perth Amboy Police Department attempts to handle every juvenile matter in a professional and thoughtful fashion.

To support these assertions, the Perth Amboy Police Department touts its record of diverting ninety-five juveniles from the Family Court system in 2019 and entering them into the City’s Station House Adjustment Program. Of the ninety-five participants, fifty participated in their enhanced SHA Program which mandates attendance at counseling sessions. Furthermore, of
the ninety-five participants, eighty-two were Hispanic, twelve were African American and one was Caucasian. In 2020, due to the pandemic, the police department was only able to divert twenty-one juveniles, seventeen were Hispanic and four were African American. Of the twenty-one participants, eighteen attended their enhanced SHA Program. Currently, in 2021, the Perth Amboy Police Department diverted eleven juveniles, ten were Hispanic and one was Asian/Pacific Islander.

Prior to concluding, Prosecutor Ciccone wanted to commend Acting Chief Lawrence Cattano as well as the women and men of his department for sponsoring a “Family Bike Day by the Bay,” on October 16, 2021. The event was well attended and addressed bike safety issues with the City’s youth. In conclusion, while it is true that a police response is not warranted to address the everyday misconduct perpetrated by juveniles and other societal issues, a response to the conduct engaged in by the youth in this case was
necessary and should have taken place. Accordingly, the actions of the Perth Amboy Police Department were justified under the circumstances presented. The officers would have been in dereliction of their duties if they had acted otherwise.