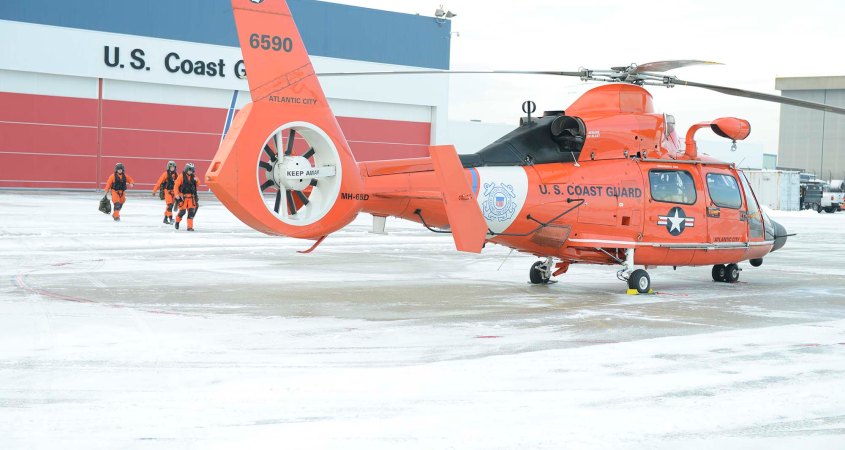 Watchstanders at Coast Guard Sector Delaware Bay received a call from the captain of a fishing vessel that a crewmember was losing and regaining consciousness while having difficulty breathing.

A Coast Guard Air Station MH-65 Dolphin helicopter aircrew was launched to medevac the crewmember after it was determined that weather conditions would not allow for a boatcrew to safely transfer him ashore.

The aircrew arrived on scene, hoisted the crewmember, and transported him to Atlantic Care Hospital in Atlantic City.