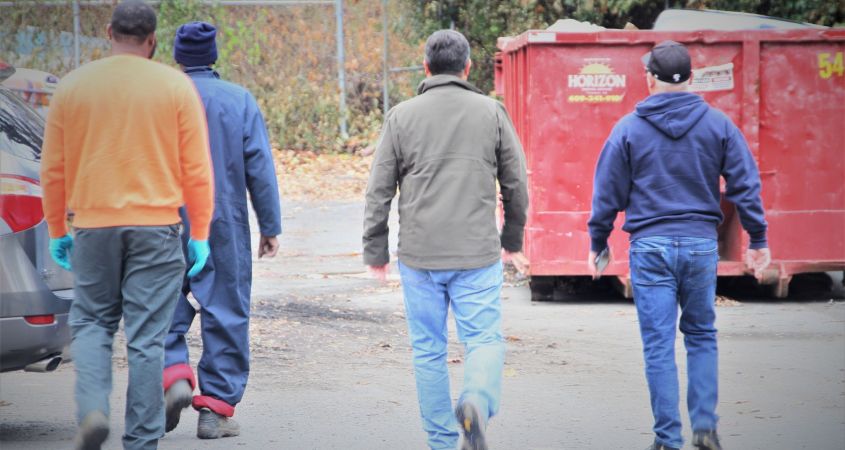 “Typically, Trenton Sewer Utility personnel are not permitted to operate on private property. However, given the serious potential public safety risks involved, they went above and beyond, not only finding the cause but alleviating it as well.“

The Trenton Mayor’s Office says, There are no issue with the City-managed mainlines in the area. The problem is on non-city property.

The cause appears to have been a sewer line obstruction originating from 455 W. State St at the Colonial Gardens Apartment Complex. City sewer personnel were able to successful clean out the obstruction, which has abated the problem for now. They have also successfully contacted the building manager and advised him on additional measures to properly clean the lines and prevent this issue from happening again.

Typically, Trenton Sewer Utility personnel are not permitted to operate on private property. However, given the serious potential public safety risks involved, they went above and beyond, not only finding the cause but alleviating it as well.

While there does not appear to be any risk to nearby residents at this time, the City of Trenton is also deploying health and housing inspectors to the site to assess the sewage leak and any other issues. The N.J. Department of Environmental Protection has also been contacted as well.

Mayor Reed Gusciora was seen with the Trenton Sewer Department working to locate the reported large sewage leak on West State Street this morning. After the investigation it was determined that the leak was behind the Luther Towers at 489 West State Street, and later determined to be at 455 West State Street at the Colonial Gardens Apartment Complex. The Mayor reports that Luther Towers was notified at the time, then notified Colonial Gardens Apartments as well as the New Jersey Department of Environmental Protection about the issue.

“Hope you are still enjoying your holiday weekend. I ventured out to the woods behind Luther Towers on West State Street. Appears to be a sewage break that caused a spill. We have notified NJDEP and I was out with Trenton’s Sewage Authority to inspect. We also notified Luther Towers of their responsibilities. If anyone needs to report any sewage issues, please call us at 609-989-3180 or after hours, 609-989-4000. We are hear to serve. Thanks to the person(s) who reported the matter to us. God bless.”