NEWARK, NJ –When Transportation Security Administration (TSA) officer Cecilia Morales heard people screaming for help, she knew if she didn’t act quickly, the outcome was going to be grim.

A young mother picked up her two-month old son from his car carrier seat to carry him through the security checkpoint at a Newark Liberty International Airport, but when the mom lifted him up, she saw that the boy wasn’t breathing. She immediately sought help from her co-travelers and shouted for help when she realized her attempts at rousing her son were unsuccessful.

Morales, a trained emergency medical technician (EMT) with 10 years of experience serving in several Northern New Jersey towns, shouted instructions over to the mother “but she was so nervous and I knew if I didn’t get over there, it wasn’t going to be a good outcome. I jumped over the checkpoint conveyor belt rollers and she gave me the baby. I performed the infant Heimlich maneuver on him.” She held the infant carefully to keep his airway open. Then she placed him face down on her arm and patted him on the back. No response. She tried again, and the second time he started to breathe again.

“The mother was too nervous and in shock to hold her son, so I carried the infant through the walk through metal detector” and waited for the pediatric EMT to arrive to give the baby some oxygen a short time later.

Morales, a Newark resident who joined TSA in late October, previously performed the Heimlich on adults and children as an EMT, but this was the first time she had performed the life-saving technique on an infant.

“Two months on the job and she’s literally a life-saver,” said Thomas Carter, TSA’s Federal Security Director for New Jersey. “Officer Morales’s quick reaction and actions helped ensure that this family will have a happy holiday season. Her actions were inspiring.”

“I saw the video afterward,” Morales said. “It was the first time I’ve ever seen myself in action, saving a life. It was mind-blowing to watch. I felt that my training and experience just took over.”

“If Officer Morales did not utilize her critical thinking, knowledge and quick response, perhaps we could have had a terrible outcome,” said TSA Manager Ayrana Frazier. “In the moment Officer Morales was selfless, and her priority was to save a life. We are proud to call her one of our own.” 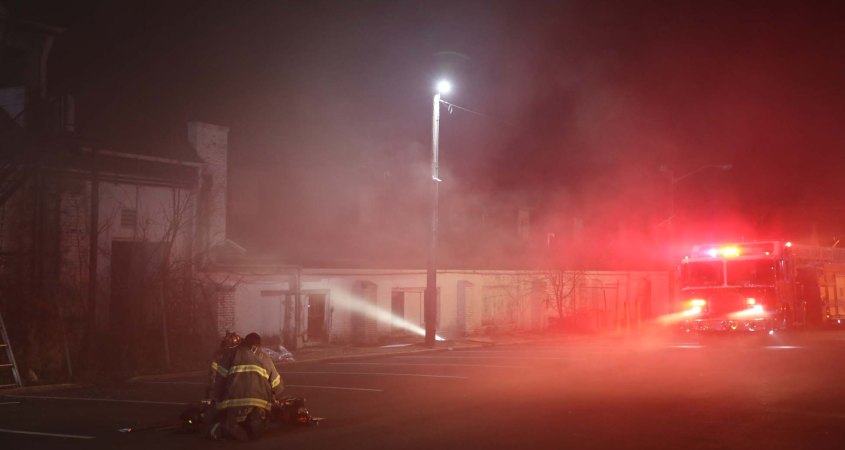 TRENTON, NJ (MERCER)–Just prior to 7:00 p.m. the Trenton Fire Department was dispatched to 65 Prospect Street for a smoke condition in the parking lot of the old “Life Comm” EMS communications center. Upon arrival firefighters reported heavy smoke from the building and placed three handlines in service. Firefighters had the bulk of the fire knocked down at 7:16 and the fire was officially under control at 7:38 p.m. Trenton Fire Department requested a Fire Marshal to the scene as well as Trenton Police Arson Investigators. No further information is available at this time.

A person who used to work for the communications center said the administration moved out in 2014 and the building has been vacant since.

TRENTON, NJ (MERCER)–Santa arrived at Trenton City Hall on a Trenton Fire Department engine at 4:00 p.m. Santa was able to meet with waiting children to go over Christmas lists just before the Kwanzaa celebration at 4:30 p.m. on the steps of City Hall.

BORDENTOWN-HAMILTON-ROBBINSVILLE, (MERCER-BURLINGTON)–There were multiple crashes on the New Jersey Turnpike this afternoon and evening creating traffic delays and shutting down the outer roadway.

At 3:36 p.m. Bordentown Township and Robbinsville Township firefighters responded to the area of Mile Post 55 for a tractor trailer into a bridge at mile post 55.08 south bound and another vehicle on the right shoulder also involved in the crash. Robbinsville EMS, Florence EMS, Virtua Paramedics also responded to the scene. Robbinsville EMS and Paramedics transported the truck driver to the Trauma Center at Captial Health Regional Medical Center in Trenton. It was unclear where Florence EMS transported their patient.

At 4:22 p.m. a vehicle rear ended a box truck on the New Jersey Turnpike Outer Roadway in the area of Mile Post 59 in front of the Richard Stockton, 6S Service Area. Robbinsville Township and Bordentown Township firefighters also responded to that scene. It appeared the traffic backup from the first accident was quite possibly a contributing factor. Allentown EMS, Captial Health Paramedics responded to the scene, Captial Health-Allentown EMS transported to RWJ at Hamilton Hospital with an injury from that accident.

At 5:46 p.m. Robbinsville Township Fire Department, Hightstown Fire Department, Hightstown First Aid Squad, Capital Health Paramedics and Robbinsville EMS responded to a crash at Mile Post 63.3 South Bound on the inner roadway. One injury was reported in that crash. A private ambulance that was already on the Turnpike stopped to help with Captial Health Paramedics, the private ambulance transported the patient to the local hospital for treatment with minor injuries. 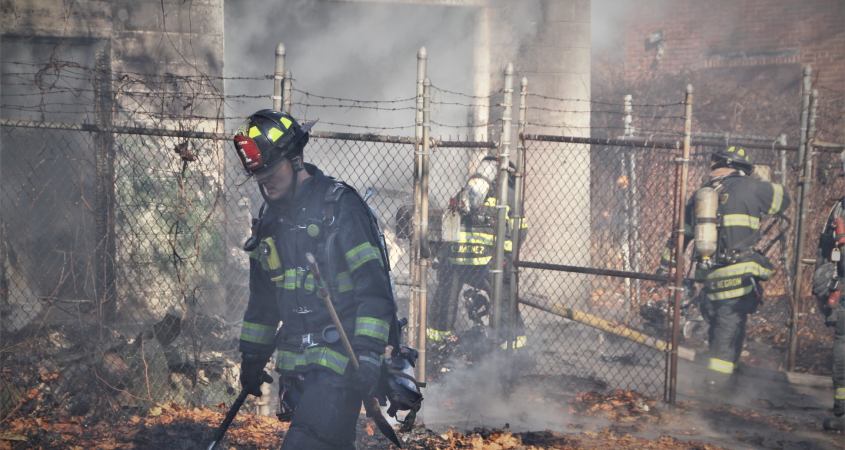 TRENTON, NJ (MERCER)–Around 10:55 a.m. the Trenton Fire Department was dispatched to Breunig Avenue for a garage fire. Firefighters responding reported a column of smoke in the air and the first arriving chief reported a fully involved garage on fire with exposures on two sides. Firefighters battled back the flames and brought the fire under control about a half hour later at 11:29 a.m. A fire marshal was called to the scene for the investigation. PSE&G was also called to the scene to shut power off to the building. No other information is available at this time.