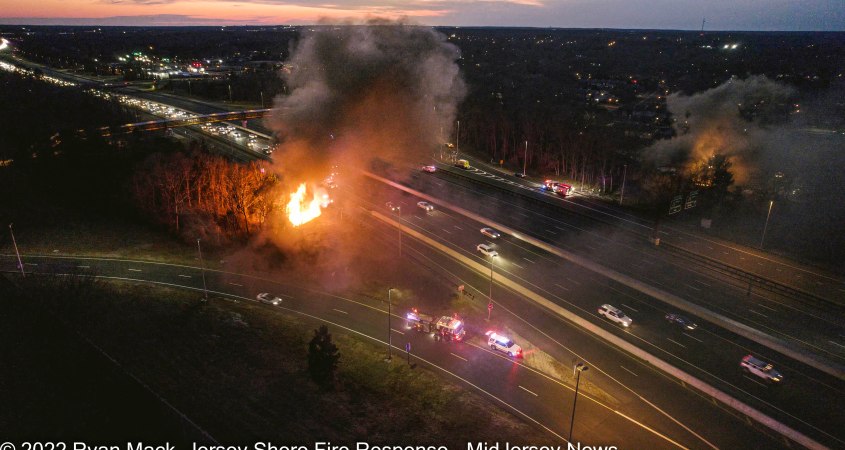 On Wednesday, January 19, at approximately 5:00 p.m., State Police troopers responded to the report of a fire in the area of milepost 91 in Brick Township. During the investigation, detectives determined that the fire was started within a drainage culvert that runs underneath the Garden State Parkway from the 91 north entrance ramp to the 91 south exit ramp.

Through various investigative means, the two juveniles were identified as the suspects that allegedly started the fire. As a result of the investigation, detectives also discovered that the juveniles recently burglarized a building owned by the New Jersey Turnpike Authority adjacent the Garden State Parkway 91 north commuter lot.

On January 25, the two juveniles were charged with arson, burglary, criminal mischief, interference with transportation, and defiant trespassing. They were released pending a future court date.

The case is being prosecuted by the Ocean County Prosecutor’s Office.

While no information is released regarding most juvenile cases, the New Jersey State Police is releasing the above information today in response to public interest regarding the alleged offense. No additional information on the investigation or juvenile complaints will be released at this time, in accordance with the strict confidentiality requirements of juvenile matters and juvenile records. Likewise, Family Court proceedings involving juveniles are closed to the public, and the identities of juveniles involved are kept confidential.

One thought on “Update: Two Juveniles Charged for Fire that Shut Down Garden State Parkway in Brick Township”