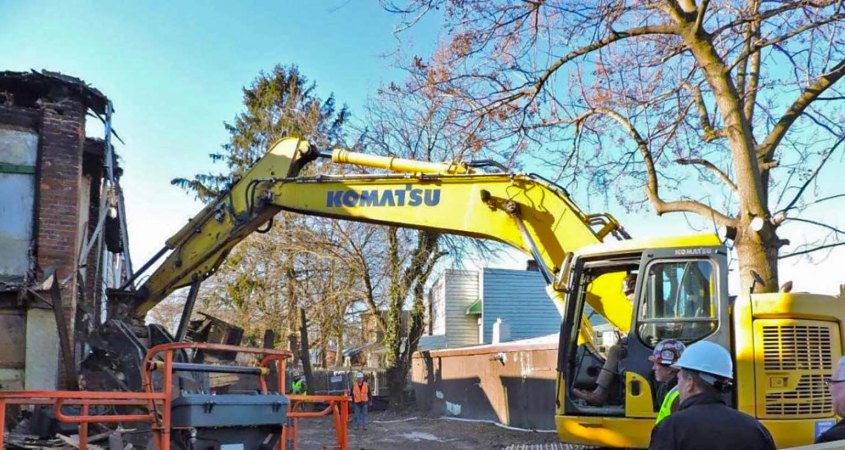 Seven of the eight condemned properties damaged in the fire that tore through the 1700 block of East State Street, displacing dozens of residents, are set to be demolished. A private developer purchased the eighth property prior to acquiring the other vacant properties in 2021 by the Township. When stepping into office, Mayor Martin promised to address the vacant and abandoned properties within the Township.

“For six years, the residents of Hamilton have been reminded of the awful fire that took place in 2015,” stated Mayor Jeff Martin. “It is due time to move forward and rebuild. While we have more work to do on many other vacant and abandoned properties, this is a great place to start.”

Once demolition is complete, the Township will seek to convert the land to affordable housing units.